At the tender age of ten, most of us only knew to dish up a simple sandwich of bread, raw veggies, ketchup and cheese. But Saanvi M Prajit from Kerala is no ordinary girl. This 10-year-old  from Ernakulam cooked 33 dishes in just 1 hour and entered the Asian Book of Records and the India Book of Records. The passionate little cook, dished a large platter of scrumptious dishes like appam, chicken roast, fried rice and corn fritters, something even adults wouldn’t imagine of. I mean come on, did you ever witness such a feat on Masterchef India or Top Chef? Well, read on to know more about this little Masterchef. 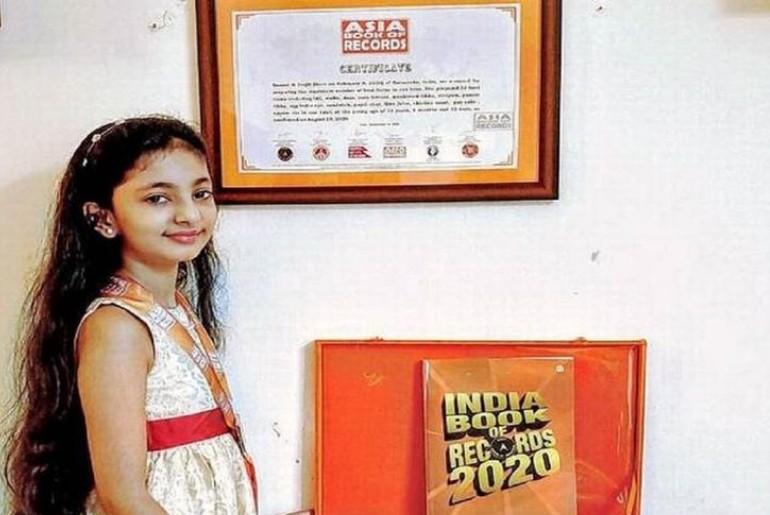 Saanvi M Prajit, a 10-year-old girl from Kerala cooked over 33 dishes in just 1 hour and created world records. She created records for the maximum number of dishes prepared by a child. The Asian Book of Records and the India Book of Records recognised her incredible feat. Some of the dishes prepared by her are idli, waffle, chicken roast, pancake, papdi chaat, appam, egg bulls eye, corn fritters, fried rice and paneer tikka. 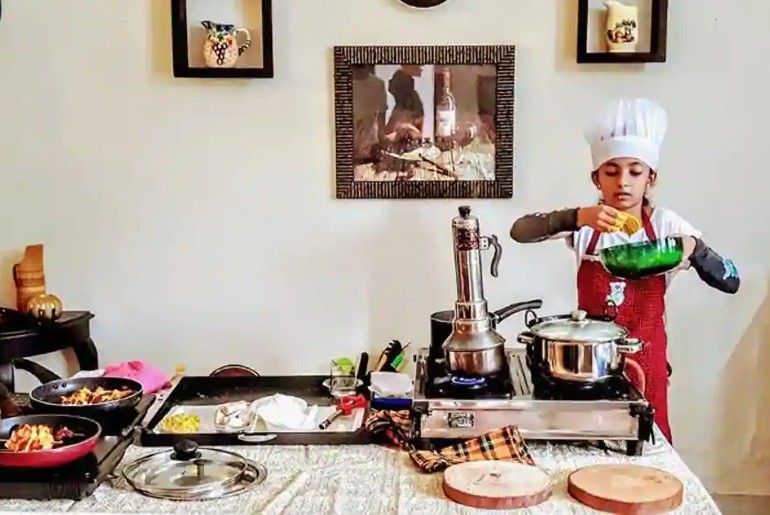 Saanvi is the daughter of Wing Commander of Indian Air Force Prajit Babu and celebrity chef Manjima. The proud mother stated to Business Today “The Asia Book of Records authorities watched online the cookery event organised at her Vishakapatnam residence. Besides, two gazetted officers were witness to the cooking of 33 items in an hour by Saanvi.” The 10-year-old credits her family, friends and well-wishers for their ardent love and support. Saanvi stated that she gained inspiration from her star chef and reality cooking show finalist mother, Manjima. 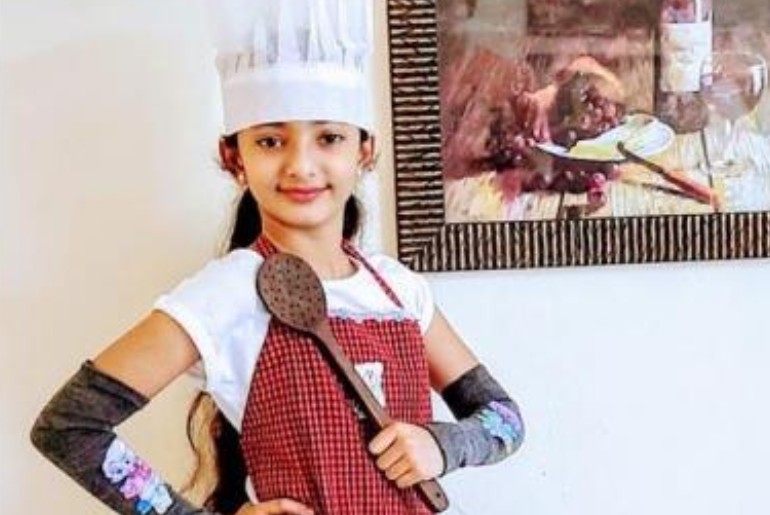 Saanvi even has her own Youtube channel, Saanvi Cloud 9. She showcases her cooking skills and whips up delicious dishes for her fans. The 10-year-old child started cooking at an early age with her grandparents. In fact she even participated in various children’s cooking shows. And she won several awards for her efforts in the culinary field. Apart from cooking, Saanvi indulges in horseriding and is even a trained Bharatnatyam dancer. Well, this talented girl has indeed put India on the map through her incredible cooking skills. And has definitely inspired the children of India to hone their cooking skills as well.