Thailand is now open to select tourism, but with certain rules and restrictions. However, when it comes to laws, some people don’t seem to get it. Well, in recent news, Thai police have arrested 89 foreigners on suspicion of violating covid-19 restrictions. Here’s everything you must know about it.

Also read: Thailand Tourism To Match Singles In Their Unique Holiday Packages Of Romance In The Country

Police Arrested 89 People Out Of Which 22 Were Thais

Thai police arrested 89 people after raiding a party, which was being held on a resort island in Southern Thailand. The reports in CNN, state that 22 Thais were also detained in the raid on Tuesday night at 360 Bar on Koh Phangan, which is in the Gulf of Thailand off of Surat Thani. 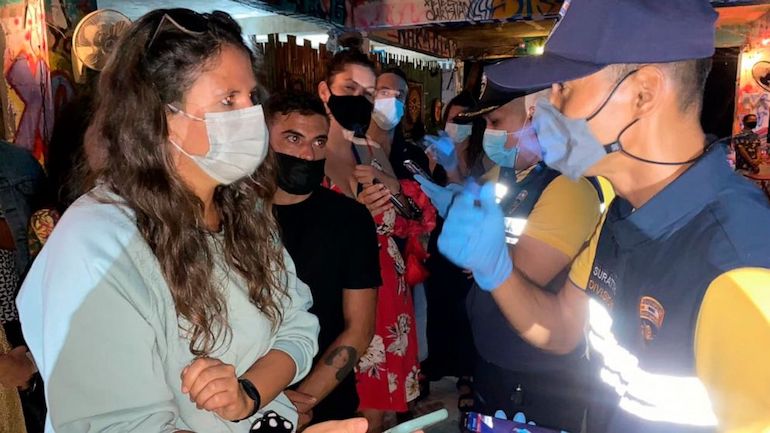 In terms of the charges, both the attendants and the organisers are facing charges for violating the rules, which were put in place last March to curb the covid-19 cases. The police learned about the party when they came to know about the tickets that were being sold online. When it comes to arrests, 20 French citizens, 10 Americans and six Britons were arrested. The local authorities then tested the violators for the covid-19 virus, and they tested negative.

Also read: Tourists In Bali Forced To Do Push-ups for Violating Covid-19 Rules

Speaking about the tourists, they are stranded tourists who can’t leave Thailand due to Covid. When it comes to violating the emergency rules in Thailand, the maximum penalty for the same is two years imprisonment and or a fine of up to 40,000 baht ($1,330). In terms of tourism, Thailand had shut its borders to international tourists in April 2020. However, all returning nationals and permanent residents, though foreign tourists can apply for a Special Tourist Visa (STV). All international arrivals are subject to a 14-day quarantine at a state-approved facility.