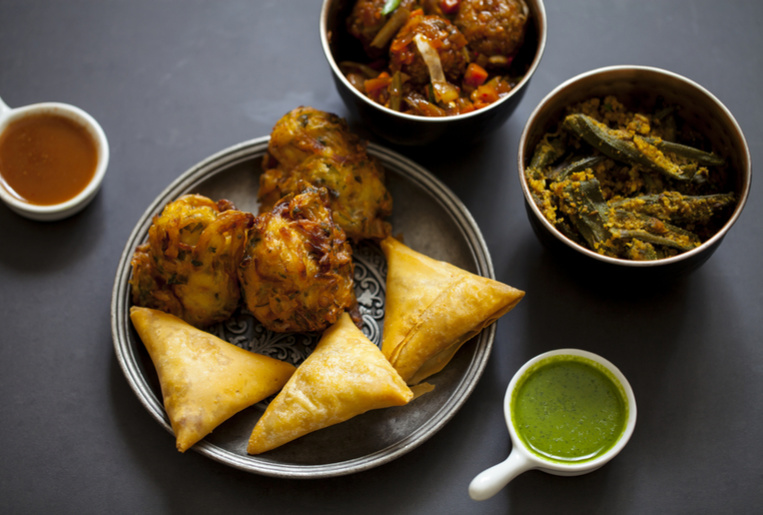 If you’re a fan of fusion food and Indian cuisine, RockSalt is the place to go to that’s serving some sumptuous Indian bites with a twist.

Offering a scrumptious food menu to serve you the best kind of Regional Indian cuisine in the city, this place has it all. The food on their menu consists of tapas, small plates, soups and some main course dishes as well. The baked samosas are a must try.

Also read: Bond Over Beer At The Biergarten In Bengaluru One of the best rooftop restaurants in the city, it has a vertical garden as well, a classy ambiance with hues of gold and ivory.

They serve dishes like Spiced Brioche, Raan Tacos, Tandoori Roasted Wing with Chettinad Masala, and they’re also known to be having a Pani-Puri Bar.

Rumour has it that they would be soon launching one of the firsts in the city, a Pani-Puri galore with 24 kinds of pani including alcoholic ones. Well, what are you waiting for?

Also read: Bengaluru’s New Pop-Up Welcomes You To Dine While Being Blindfolded