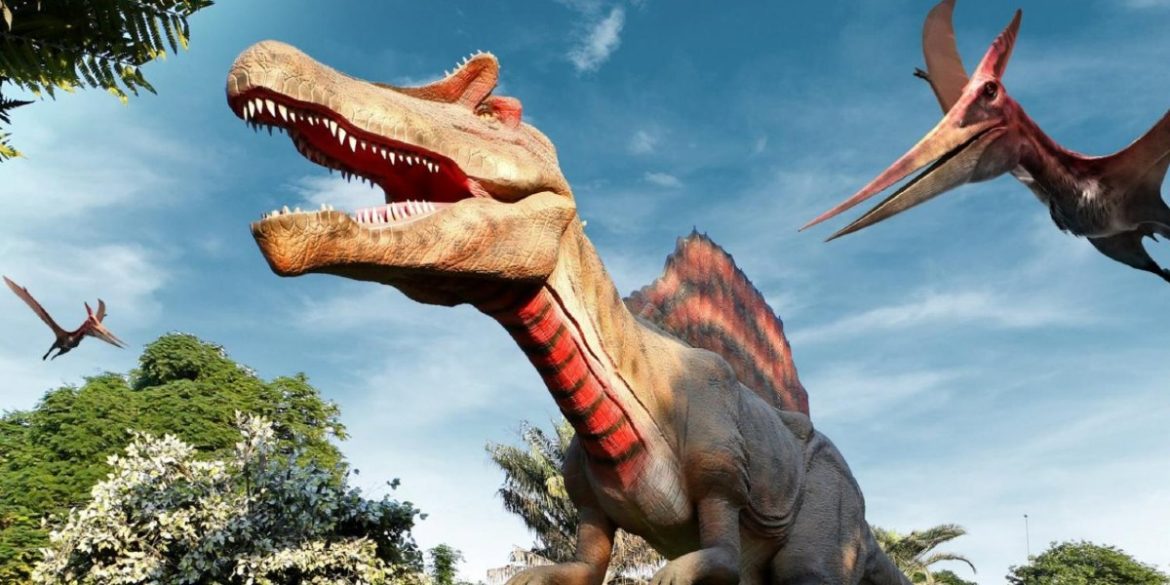 Dubai Garden Glow nestled in Zabeel Park has launched its seventh season with a bang. From innovative magical shows, larger than life dinosaurs, state-of-the-art animations to gorgeous installations, it’s a show that will attract your attention. Tourists from across the world have been awaiting the opening of the World’s Largest Unique Theme Park, as it once again promises to spread its magic in this Season 7. Dubai Garden Glow houses the Dinosaur Park that is the perfect edu-entertainment for both kids and adults alike. Read on to know why Dinosaur Park must be on your bucket list in Dubai.

Featuring over 120 animatronic dinosaurs, the Dinosaur Park will take you on a  fascinating journey through history. The biggest Dinosaur Park will enthral children with a lovely blend of education and entertainment where they can engage and interact with dinosaur installations. Witness prehistoric creatures through the three periods- Triassic, Jurassic, and Cretaceous, that move, roar and children can also ride on them. The Dinosaur Park houses several species of dinosaurs like Tyrannosaurus Rex, Dimetrodon, Brachiosaurus, Spinosaurus and more with interesting information displayed with it.

Learn About The Lifecycle Of Dinosaurs At The Dinosaur Lab

At the larger than life Dinosaur Park, visitors can get up-close with the fascinating lives of this pre-historic creature. Head to the Dinosaur Lab, and put on your lab coats to understand the process of the birth of baby dinosaurs. Learn about the characteristics and rare specialities of the different species of dinosaurs like the unique jaws, teeth, footprint and more. You’d be surprised to notice that some of these dinosaurs even roar when you get up close with them. And others might also allow you to embark on a mighty Dino rice. The Dinosaur Lab will take you on a journey from the birth of dinosaurs to the extinction of the species that led to the end of an era.

History buffs can visit the Dinosaur Museum in the park that displays replicas of dinosaur skeletons. While the Dino Lab takes you through the lifecycle of a dinosaur, right from when it comes out of the egg to when it went extinct, the Dino Museum houses models of the skeletons of the prehistoric species. This is one museum you’d certainly want to visit as you can understand the deeper intricacies behind this mysterious species that has fascinated generations to come.