The Nasir-Al-Mulk Mosque In Iran Looks Like A Kaleidoscope! 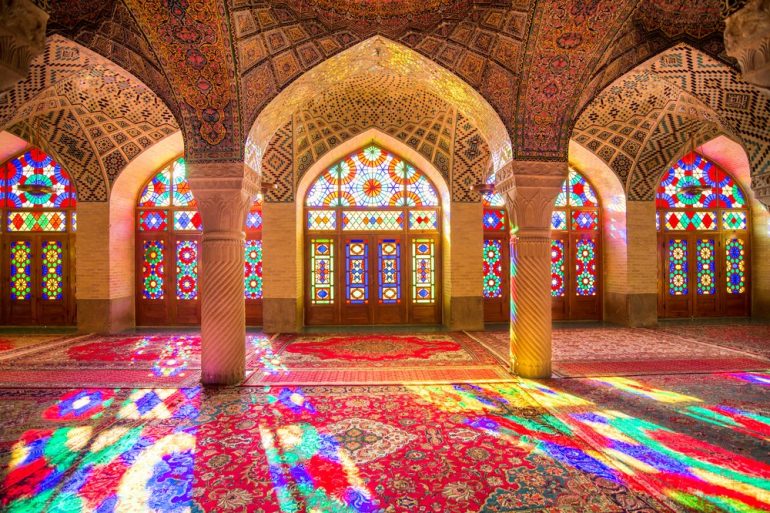 The Nasir-Al-Mulk Mosque in Iran is a heavenly abode of bright colours, glass and aesthetic architecture! 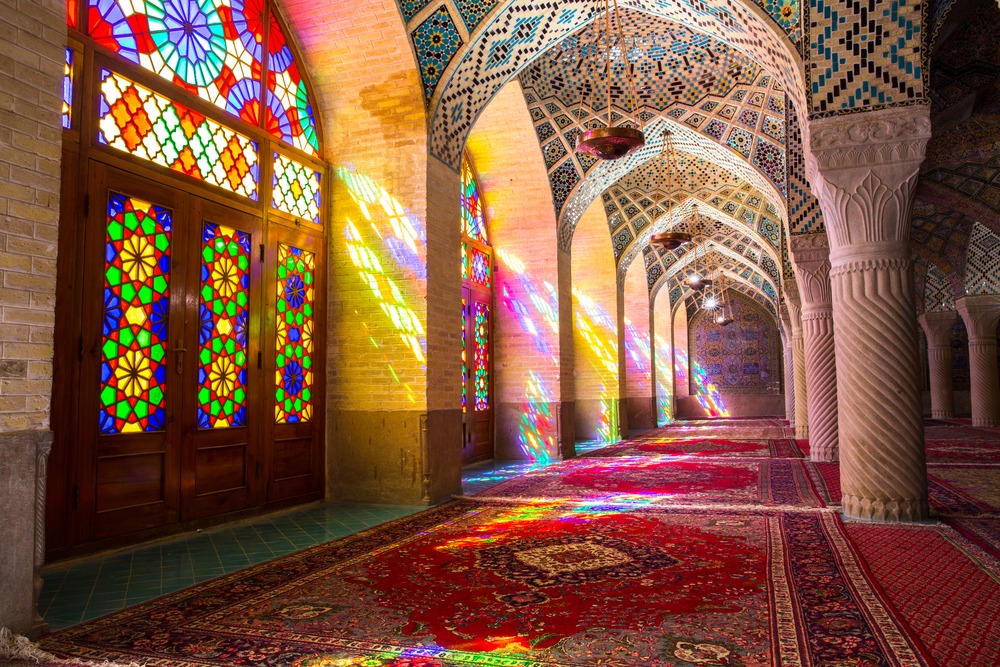 Also known as the ‘Pink Mosque‘, ‘ Mosque of Colours‘, ‘Rainbow Mosque‘ and ‘Kaleidoscope Mosque‘, Nasir-Al-Mosque is situated in Shiraz, Iran and was established in the year 1888.  It took a total of  12 years to complete this Mosque! 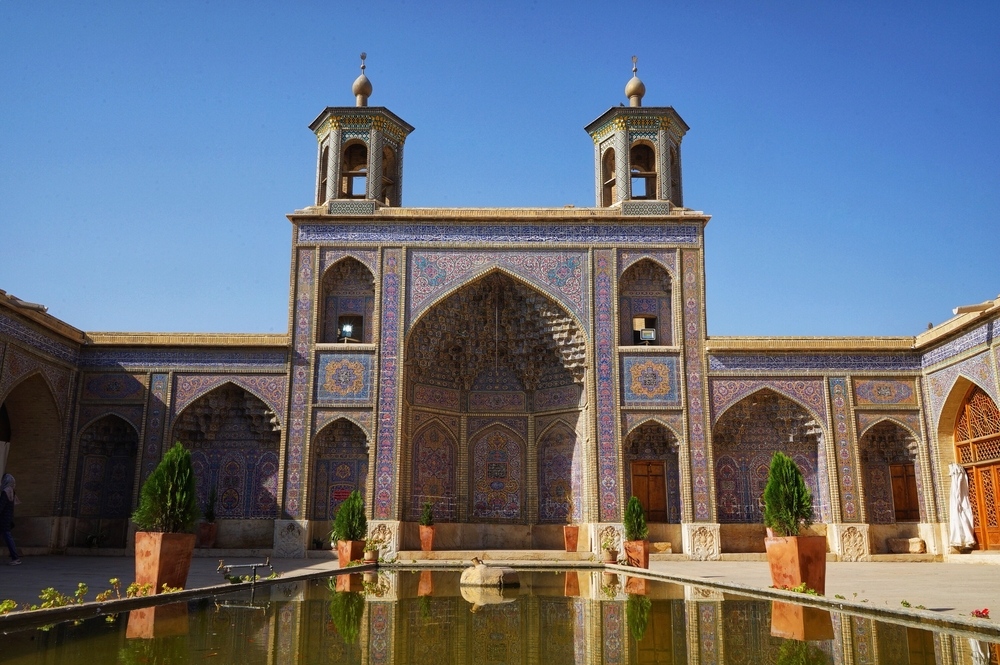 It was built under the Qajar dynasty and has the most breathtaking interiors. The tiles are of a rose hue resulting in a pink shade to the overall look. 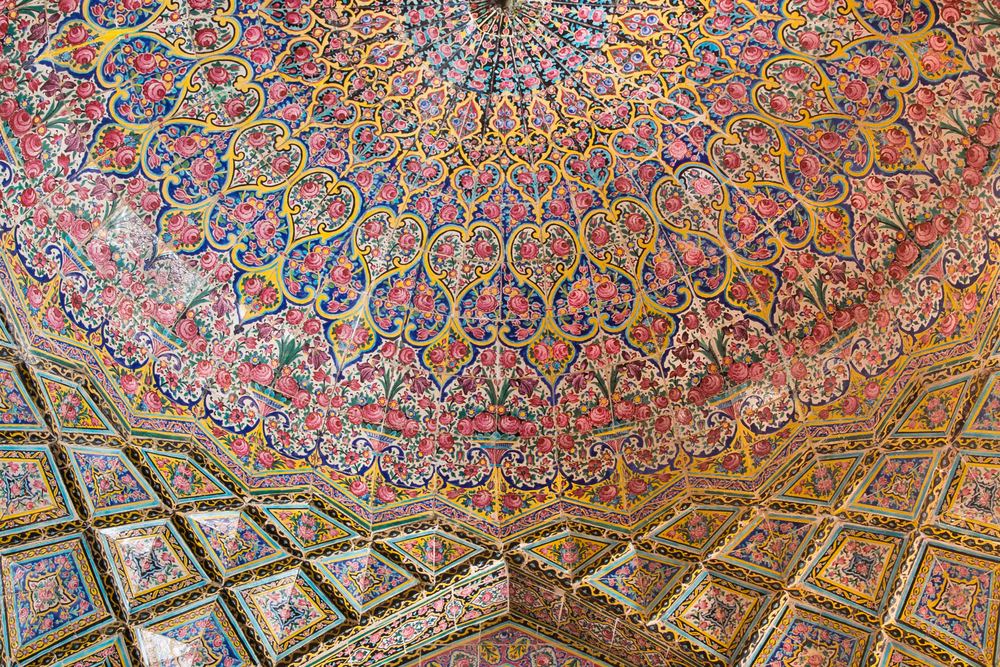 The Mosque was designed by architects Muhammad Hasan-e-Memar and Muhammad Reza Kashi Paz-e-Shirazi , who used stained glass extensively in order to achieve a kaleidoscope/rainbow colour effect throughout the inside of the Mosque. This is brought to life as sunlight hits the tinted glass and an explosion of colours take place! 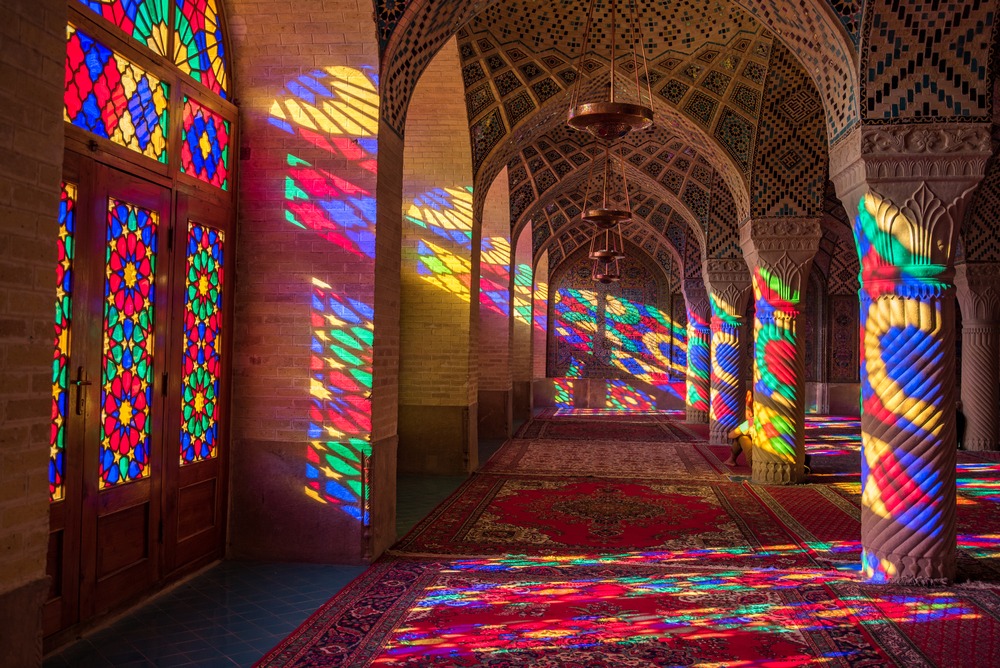 Other traditional materials like the panj kāseh-i (five concaves) has also been used to create a three-dimensional look. 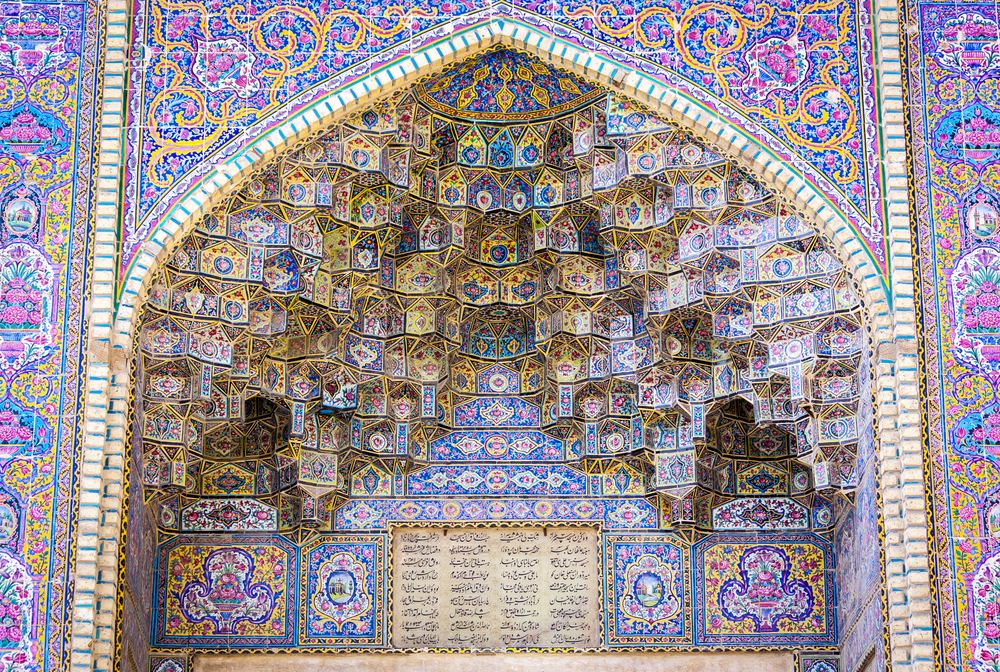 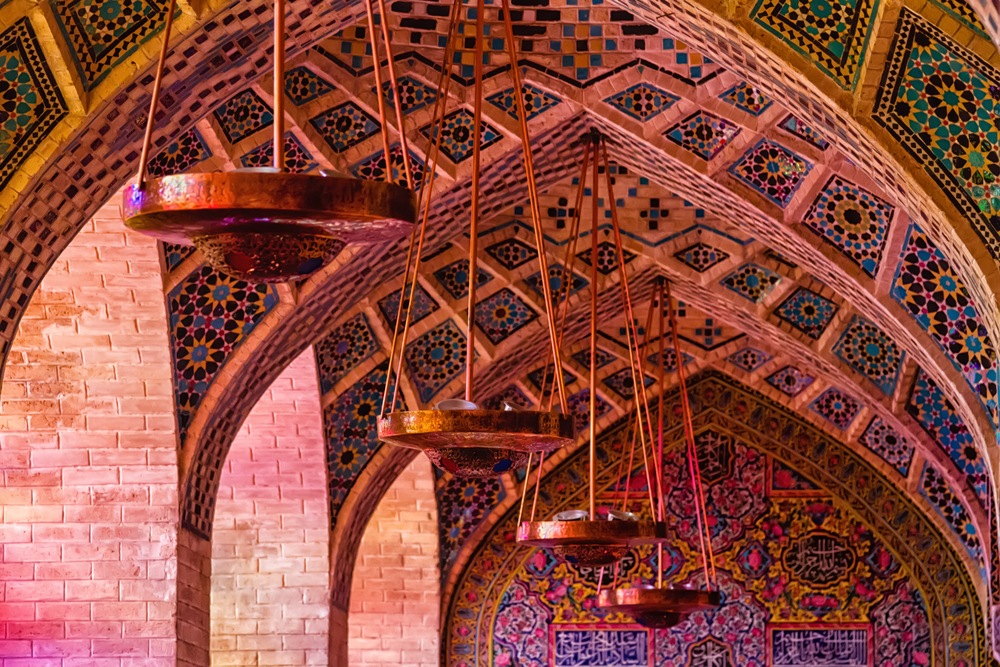