It’s true that small steps in the right direction can turn out to be the biggest step of our lives. The story of the Arora brothers in Delhi is the perfect example of it. In the year 1992, the four brothers bought a small shop of 8’8 feet in Deep Market of Ashok Vihar. They named the food joint The Master Bakers. Today, after 29 years of hard work, the brothers have as many as 17 shops in the same complex. The Master Bakers has four main outlets. The oldest outlet is famous for cakes and confectionery items. The second outlet excels in making gift hampers for weddings and other festivities. The other two outlets offer a variety of homegrown sweets and a wide array of fast food dishes.

But success for the Arora Brothers did not come with a single leap. It was a prolonged journey with a lot of hard work. In a conversation with Curly Tales, Virendra Arora, owner of The Master Bakers in Ashok Nagar, Delhi narrated the ‘zero to hero story’ of his family business.

From A Truck Driver To A Bakery Owner

Speaking about the journey of his family, Virendra Arora said, “My parents came from Pakistan and stayed in barracks and refugee camps since they did not have a house. My father worked as a truck driver in the Coca Cola company. My mother was a seamstress. They used to toil day and night to help raise their family. My brothers started working while studying in school to support the family in such difficult times. In 1984, my father established a new business. He always thought of quitting his job as a truck driver to start something of his own in order to pull the family out of the hardships. My father opened a bakery called Mamaji Baker. He would work there along with my brothers.”

Starting To Deliver Burgers And Patties To Cinema Halls

“We did all the chores of the bakery without any labour. At that time, running a bakery was difficult in Delhi. Back then, Delhi had around 4-5 bakeries and we were also among them. My brothers would head straight to work after school. We would make patties, burgers, savouries, pav and pizzas. My brothers would themselves deliver these items in the evening on cycle and rickshaws. When our business started working well, we bought a three-wheeler and started delivering burgers and patties to cinema halls.”, added Arora.

Virendra Arora, along with his brothers and parents, used to live in a small house of only 720 square feet. Four families used to live in that house and it had only one common kitchen. After a struggle of a few years, the brothers started building their separate homes and the entire family gradually shifted to Ashok Vihar from the refugee camp. After shifting to Ashok Vihar, their bakery, The Master Bakers took off well and is one of the most popular bakery brands in Delhi today. Now, with a thorough experience in the food and beverages industry, the younger generation of the family started a multi-cuisine restro cafe called Maestro in Ashok Vihar. In an elegant ambience, Maestro serves oodles of pure vegetarian dishes like Manchurian, shahi paneer, kadai paneer, malai kofta, veg spring rolls, chilli garlic noodles and more, along with desserts, shakes and mocktails. 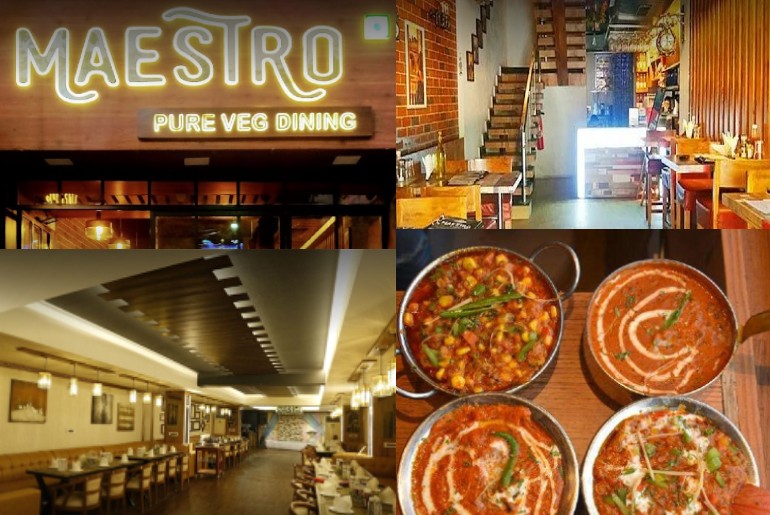 The Arora brothers have shown us that with strong will and dedication, success is bound to happen. Do you also have an inspiring story like this? If yes, let us know in the comments section below.