This City Of Bengal Nawabs, Murshidabad Has Stunning Palaces, Tombs And The World’s Largest Imambara

The erstwhile capital of Bengal, Murshidabad was an affluent city before its decline with the downfall of  Siraj-ud-Daulah in the 1757 Battle of Plassey. Bengal was the richest Mughal province in the 18th-century. Murshidabad, founded by Nawab Murshid Quli Khan, was the capital of Mughal Bengal. In ancient times, Murshidabad was not only the Kingdom of the Nawabs, but was also home to some richest merchants and zamindars. 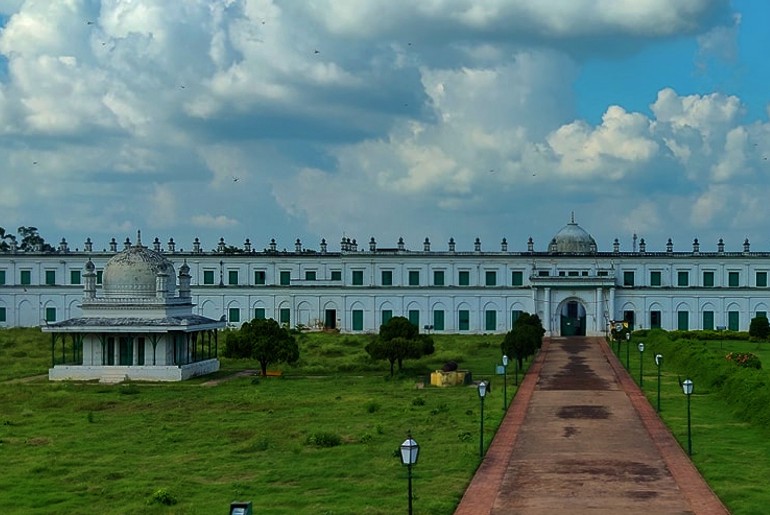 After the defeat of Siraj-ud-Daulah by the British, the city along with a large chunk of its treasury went into colonial hands. In the 19th-century, Murshidabad was declared as a municipality. While the Nawabi rule had ended, it had left back magnificent palaces, tombs, mosques and sweeping gardens in the city, which make Murshidabad a striking tourist destination.

The Kingdom Of The Bengal Nawabs

Murshidabad is home to the Nizamat Imambara, which is a Shia Muslim congregation hall built by Siraj-ud-Daulah in 1740 AD. Lying on the banks of the river Bhagirathi, it is often referred to as the largest Imambara in the world. Nizamat Imambara is a spotless white structure with Islamic style gates and windows, that is imposingly positioned right opposite to Nizamat Kila, the fortress of the Nawabs. 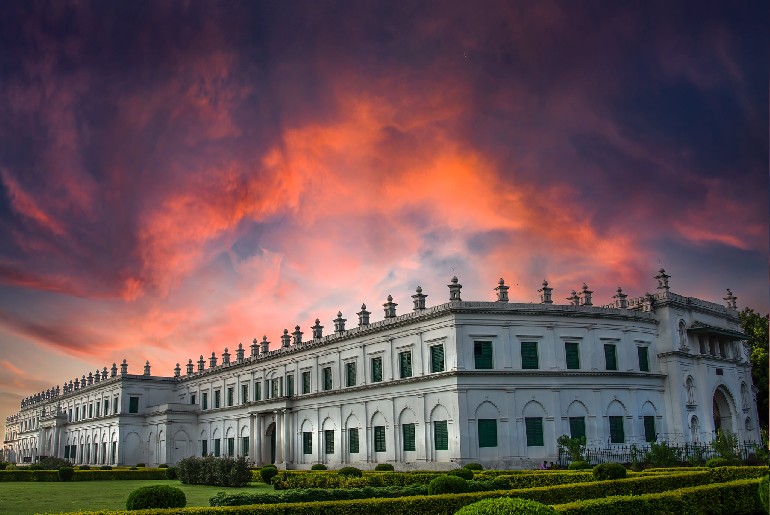 Nizamat Kila is popularly known as Hazarduari Palace, meaning a palace with thousand doors, which has now been converted into a museum housing paintings, war weapons, chandeliers, furniture and more used by the Nawabs. 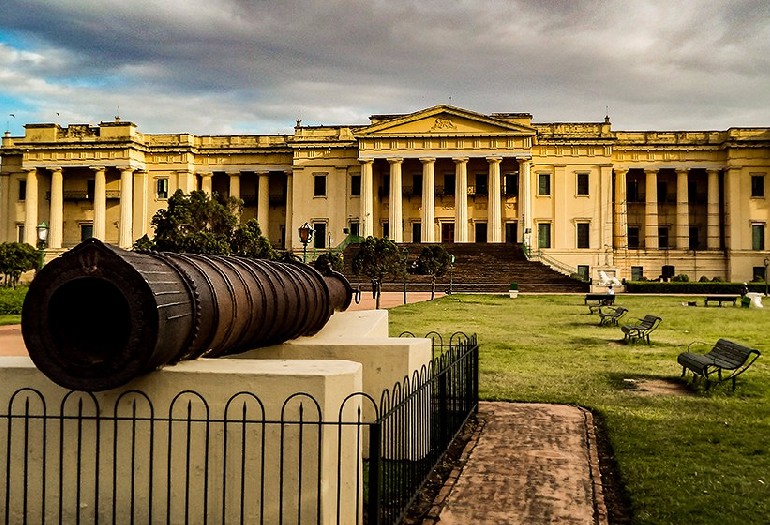 In proximity to Hazarduari, lies the palatial Katgola Palace belonging to the Dugar family of Kathgola. The palace has a lush green garden and beautiful statues of victorian lions and Michael Angelo. One part of the garden features splendid roses of different hues. The Dugars had hired a French architect to renovate the palace. In the artistic Durbar hall of the palace, there are massive mirrors that acted as CCTV cameras in the days of yore. 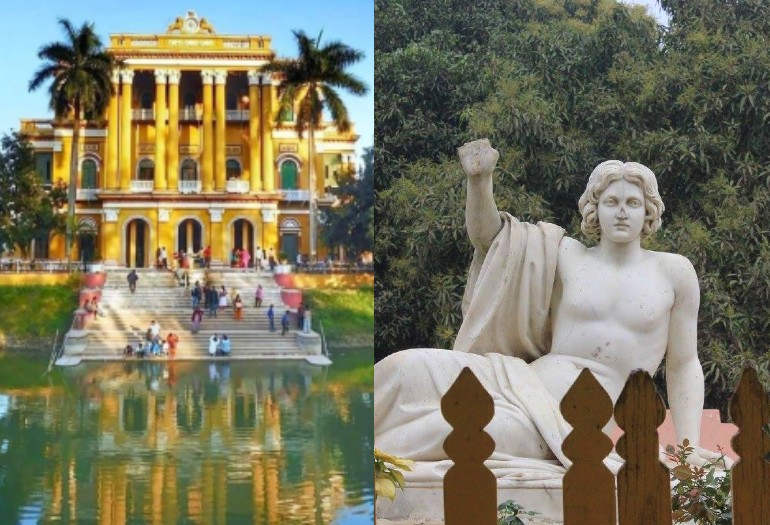 The palace also houses an ancient zoo. Kathgola Palace was the place where Mir Jafar met the British after the defeat of Siraj in Plassey. Mir Jafar was a military commander under Siraj, who had betrayed Siraj during the Battle of Plassey and eventually assassinated him with the help of the British to get the throne. 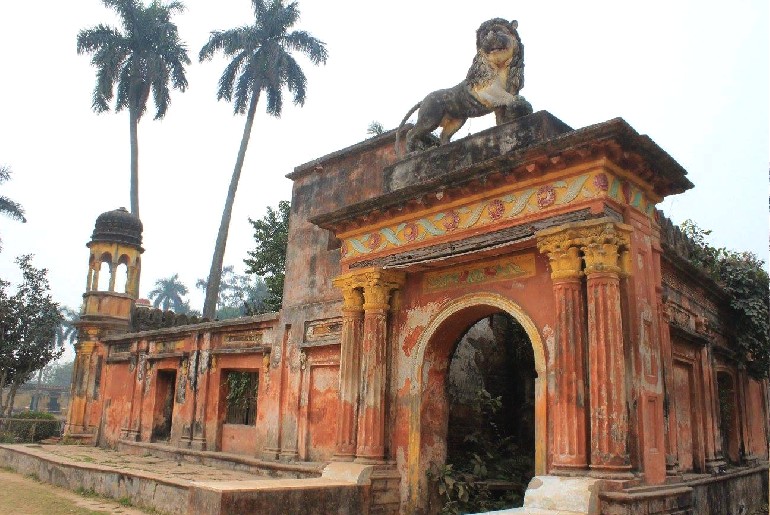 Another noteworthy attraction, just a mile away from the Hazarduari Palace is the Katra Masjid. Murshid Quli Khan had built this caravanserai and mosque between 1723 and 1724. Constructed in red brick, Katra Masjid is one of the largest caravanserais in India and resembles many tombs of Delhi and Lucknow. 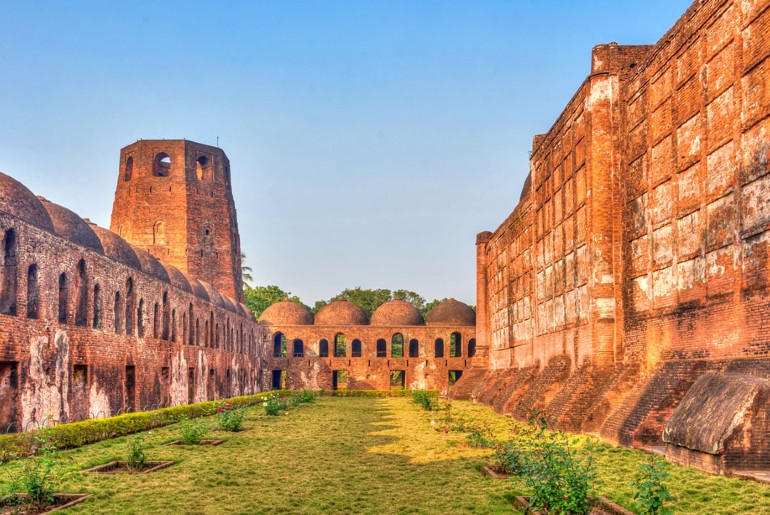 On four corners of the caravanserai, stand four imposing minars. The quadrangular mosque was built without any pillar support. A part of the mosque was destroyed in the 1897 earthquake, but it still looks like a stunning piece of history. 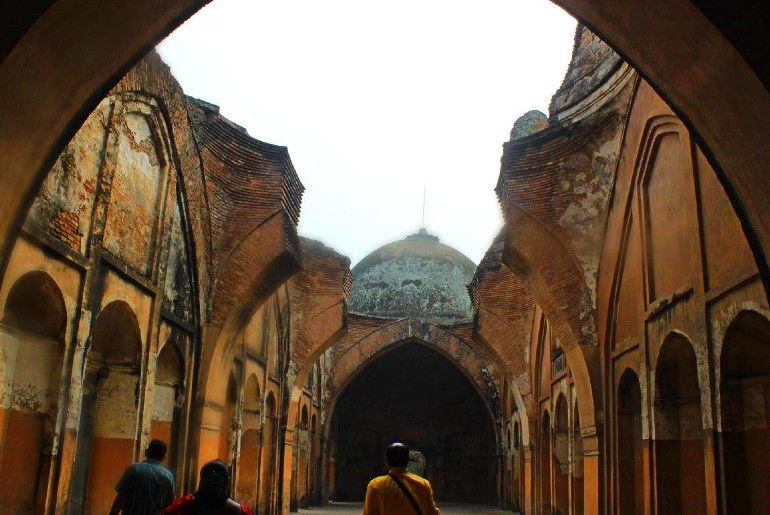 Apart from these destinations, there is a plethora of other prominent places on both sides of river Bhagirathi to be explored in Murshidabad like the Tomb of Begum Azimunnissa, Motijheel, Jahan Kosha Cannon, Fauti Masjid, Wasif Manzil, House of Jagath Seth, Nasipur Rajbari, Char Bangla Temple and more. 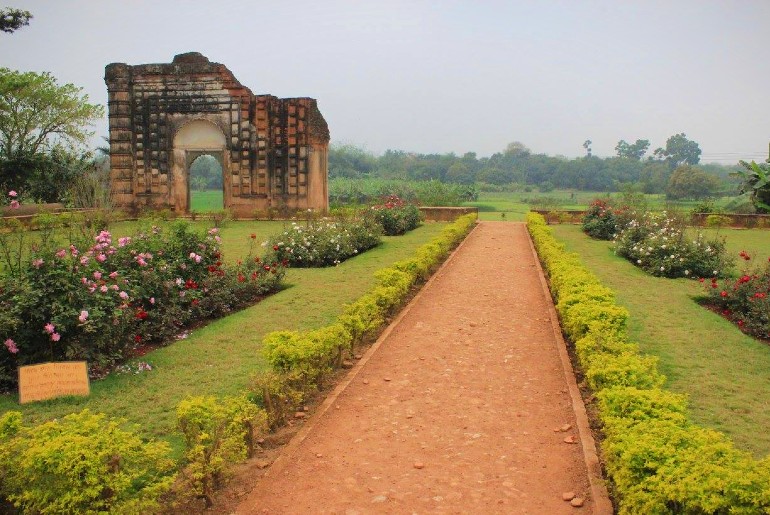 Also Read: Agumbe In Karnataka Is Known As The ‘Cherrapunji Of The South’

So, if you’re someone who loves history and places with old-world charm, Murshibadad must be on your bucket list.