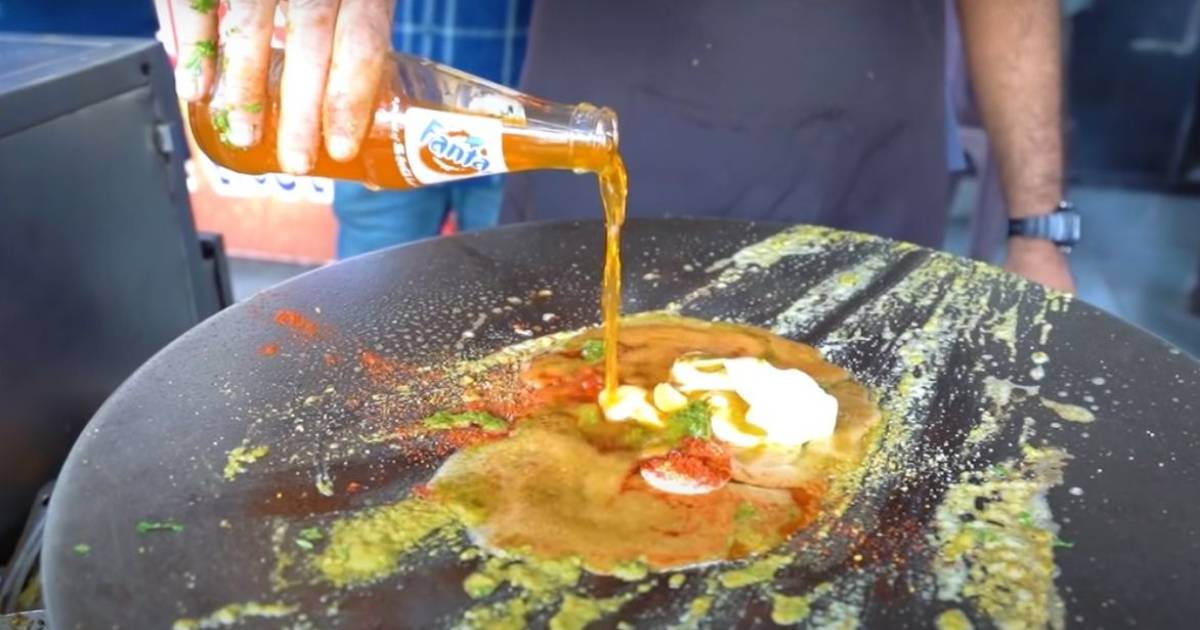 It’s a great thing to experiment with food but not all combinations lead to edible results. Weird food trends have been taking over the internet and the latest on this list is the Fanta Omelette. Yes, you heard that right! A vendor in Surat is offering Fanta Omlette and this is leaving the foodies feeling squeamish. Honestly, we are not sure if we would want to try it out!

Yes, a street food stall in Gujarat has whipped up an omlette using the tangy aerated drink. When asked about what made them come up with the creation, the chef and eatery owner have attributed this bizzare dish to public demand. They have named the omlette ‘Fanta Fry’, and the sweet-and-spicy rendition of this omlette made with boiled eggs and sunny side up comes at a not so cheap price of ₹250 per plate.

first tandoori sushi, now fanta omelette. what else will this week make me see? 😭

The eatery went after a popular YouTube channel Food Blogger, Indian Eat Mania, featured the dish in its latest episode. And guess what? If you are not a fan of Fanta, you can also try other variations including ThumsUp Fry and Limca Fry. The eggs are paired with a gravy made up of the aerated drink along with spices, green chutney mashed potatoes, and green chutney. They serve the omlette with loads of cheese and hot soda on the side.

Also read: We Tried Out 8 Weird Food Combinations That You Selected For Us

Three sunny side up+ 3 egg yolk gravy (with all sauces possible) + one boiled egg sauce/gravy made with Fanta = 250 bucks. More than Fanta it’s the cost that baffled me. He has Thumbs up and limca omelette as well.
God bless the person’s digestive system. 🤷😐🙊🤐 https://t.co/zIRSSXybDC

The blogger tasted the dish and said that it tastes decent. However, netizens are far from impressed. They impressed their shock and dismay over the dish on Twitter. Even Swiggy, tweeted about the same.