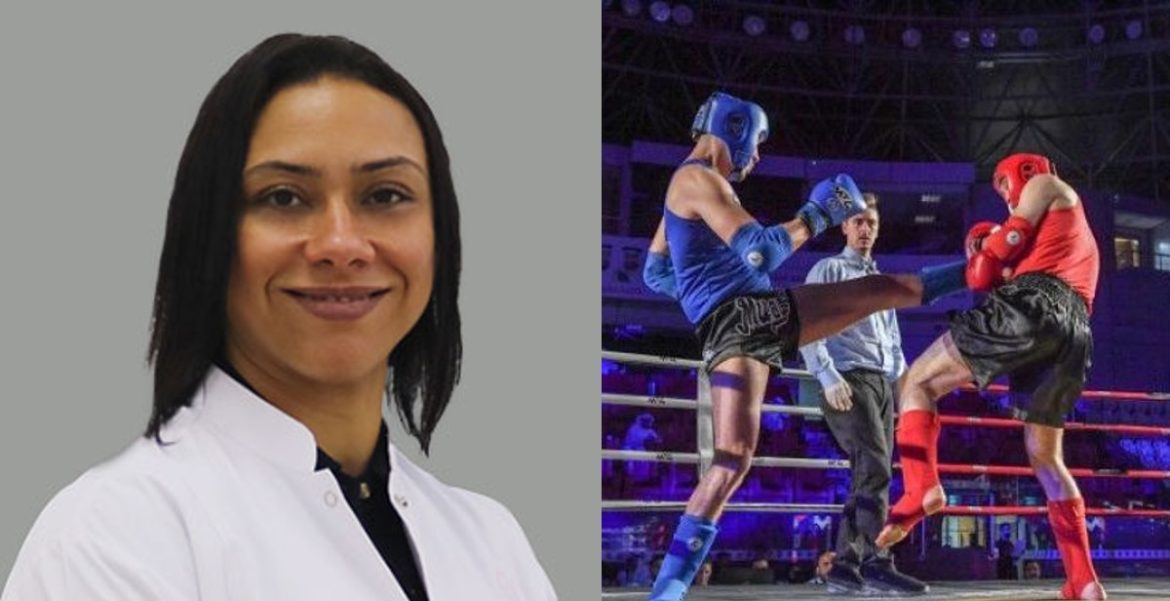 A female doctor from the United Arab Emirates has won gold in a national championship after taking up boxing to cope with COVID-19 stress. Meet Egypt’s Dr Noha Fathallah Mohammad Abdelghani, 38, who won the UAE Muay Thai Championship last month in Abu Dhabi. The medical frontline works at Baren International Hospital in MBZ City as an anaesthetic specialist. During the peak of the pandemic, she had also given her services as an intensivist at the hospital’s ICU.

What Is Muay Thai?

Muay Thai is a Thai martial art that few people are familiar with. That is, it is also known as ‘Thai boxing.’ Muay Thai differs from kickboxing in that it allows the use of fists, elbows, knees, and shins in combination. Kickboxing, on the other hand, prohibits the use of knees and elbows. This style of martial art, often known as the “art of eight limbs,” had become Dr Noha’s favourite sport four years ago. It is an effective way to relieve tension and increase one’s fitness level. Some people do it to lose weight. When they compete, they respect their fellow competitors, according to Dr Noha, and they avoid hurting each other. This compelled her to practise self-control and self-discipline.

According to Dr Noha, the COVID-19 epidemic has posed significant challenges for the medical community as a whole. Sports gave her a constructive outlet to rehabilitate from the pandemic’s physical, mental, and emotional agony on a personal level.

She was under a great deal of stress during the peak of the pandemic because she was also working as an intensivist.

Also read: Dubai Gets A New $82 Billion Commercial Airport And Here&#8217;s Everything You Need To Know!

Dr Noha said she was regularly doing weights and swimming before she discovered her new love for Muay Thai after trying a variety of activities during her time in Saudi Arabia, which began in 2012. She continued to work out at her home gym even during the pandemic. She went on to say that it is great that the country has promoted sports because they are beneficial to the immune system in fighting disease and living a healthy lifestyle. She resumed her usual practice sessions when the limitations were lifted.

Dr Noha participated in two rounds in each round for the female advanced championship in the 67 kg division. In the championship, she defeated three rivals from three different countries. As a result, she was awarded a gold medal. She was attempting to keep her cool during all three rounds so she didn’t hurt her opponents. The champion’s purpose was to score rather than to cause harm. That requires a great deal of self-control. Fighters in boxing can push themselves to the limit. She assumed she didn’t have to hit her to knock her out throughout the match. She expressed her delight in the celebrity she had gained as a result of her victory.

Also read: This Dubai Teenager Is Running 10K Daily For 30 Days For The Dubai Fitness Challenge

This Four-Year-Old UAE Resident Becomes The Youngest In...