Menstruation is a taboo in our country, but here is something that will change your perception. There is a temple in Assam that celebrates its menstruating female. This sounds too good to be true, doesn’t it? Guwahati’s Maa Kamakhya Devalaya Temple is dedicated to the worship of Kamakhya or Kameswari. Worship of Shakti is not uncommon in Hinduism, but what makes this temple unique is its celebration of the menstruating Goddess. What does this mean, exactly? Here’s the fascinating story behind the temple. 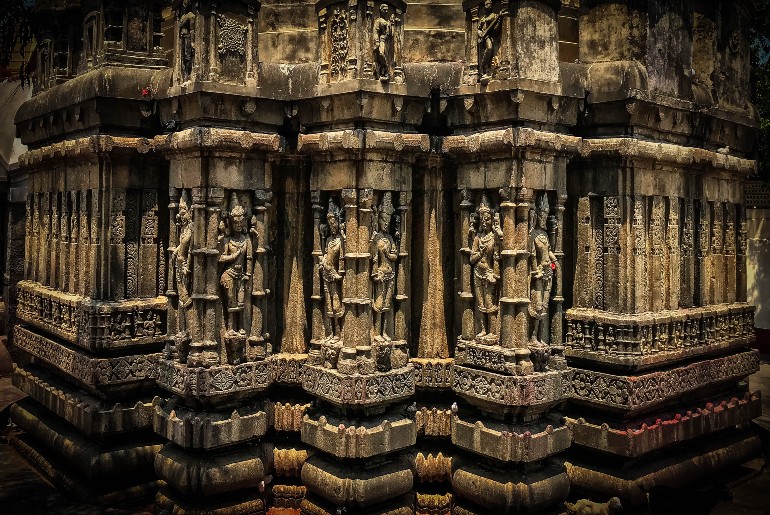 Maa Kamakhya’s Yoni Or Vagina Is Worshipped In The Temple

Kamakhya Devi is nestled high up on the Nilachal Hill, in the West of Guwahati, Assam. Kamakhya Devi is one of the most famous pilgrim spots in India, but unlike most other shrines, Maa Kamakhya has no idol. Instead, the object of worship is Maa Kamakhya’s yoni or vagina or the vulva of Goddess Sati. The stone is located at temple’s sanctum sanctorum, and collects water from an underground spring. What is strange is that the natural spring keeps the stone moist all the time. 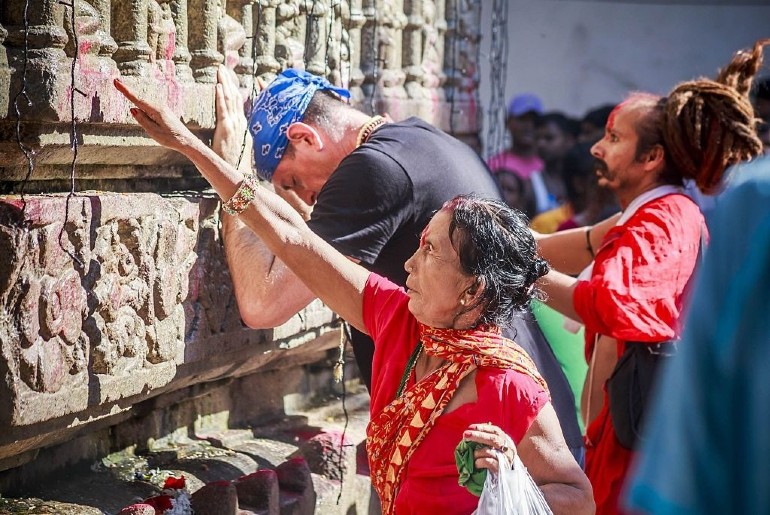 Maa Kamakhya Is One Of The 51 Shakti Peeths In India

Did you know that Maa Kamakhya is, one of the 51 shakti peeths in India? Legend has it that Sati had once fought with her husband Shiva to attend her father’s great yagna. Despite Shiva’s disapproval, Sati carried on to participate in the yagna. However, Shiva wasn’t invited and felt insulted by Sati’s father. Sati couldn’t bear the insult and committed suicide. An enraged Shiva placed Sati’s dead body on his shoulders and performed tandava or the dance of destruction. Lord Vishnu on his quest to calm Shiva down cut Sati’s body with his chakra, parts of which fell at 108 different places which later came to be known as shakti peeths. Sati’s womb and genitals are said to have fallen in this part of the hill which later came to be known as Kamakhya. 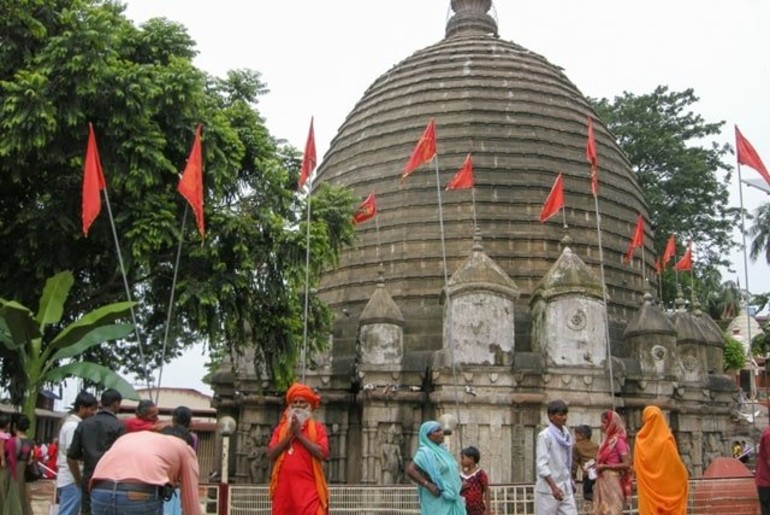 The Yearly Festival Of Fertility

The temple is famous for its yearly festival Ambuwasi Puja where the Goddess goes through her annual menstrual cycle. The temple remains shut for three days and opens on the fourth day with grand festivities. The river Brahmaputra also turns red during this time. The bloody river indicates the temple about the bleeding Goddess, and the shrine remains shut. While some say the iron-rich soil of the riverbank turns red in the monsoon others are convinced that the priests put vermilion into it. 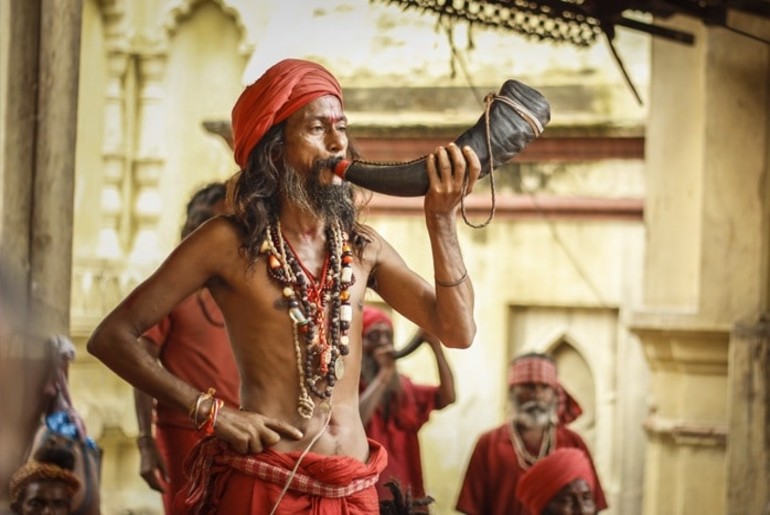 During these three days sanctum sanctorum is covered with red cloth, and the Goddess is offered special foods. Lakhs of worshippers, Baul singers sanyasins, and plenty of colour wait outside the temple complex. On the fourth day, devotees seek blessings here. The holy water is then distributed among devotees. 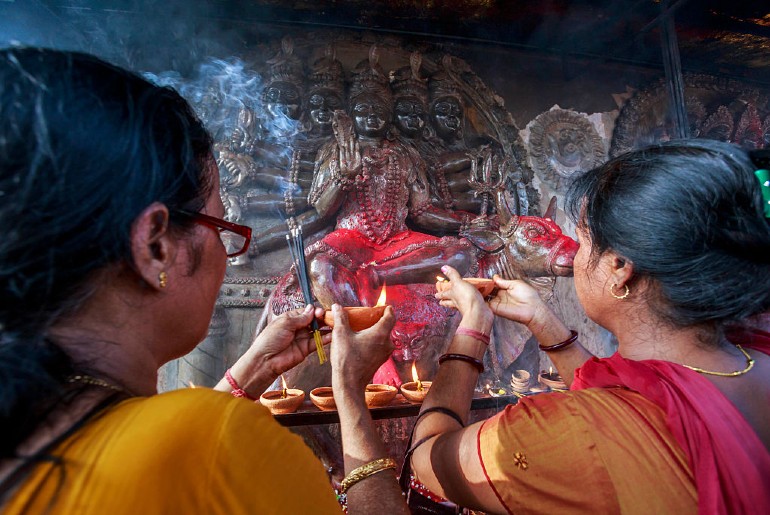 On the one hand, where we have a temple celebrating menstruation, on the other, conversations still turn into whispers when talking about menstruation! Ironical?