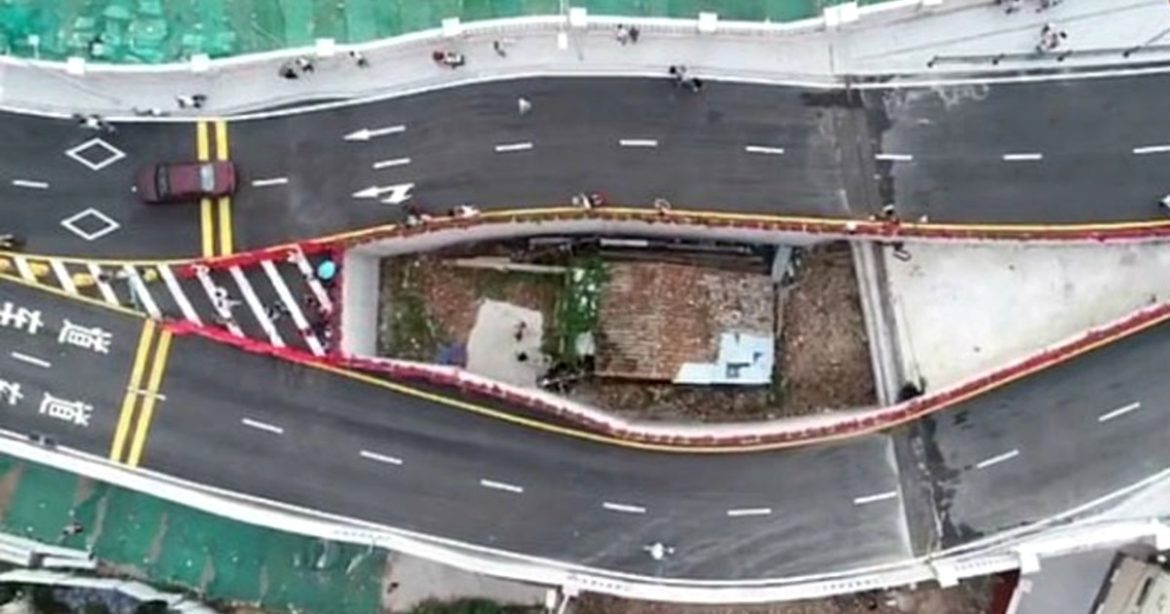 China has an unusual tourist spot, bang in the middle of a highway. And this tourist spot is actually a tiny house of a woman who refused to give up her property to the government in exchange for compensation, for the past 10 years. Left with no choice, the government built a four-lane highway around her house. Wedged in between the Haizhuyong Bridge, the tiny house attracts tourists from across the country, who are amused by the woman’s refusal to sell her house to the government. Read on to know more.

Popularly known as ‘nail house’ or ‘dingzihu’ in Mandarin, a tiny house in Guangzhou wedged between two wings of Haizhuyong Bridge, a four-lane highway has captured the attention of the world. A nail house is a house where the owner rejects the compensation offered by the developer to have the property demolished. The charming little house is tightly pressed between the bridge and nestled in a pit. The owner Liang revealed to Daily Mail that she refused to move out because the government didn’t give her a suitable property to relocate. One of the flats given to her was located next to a morgue. 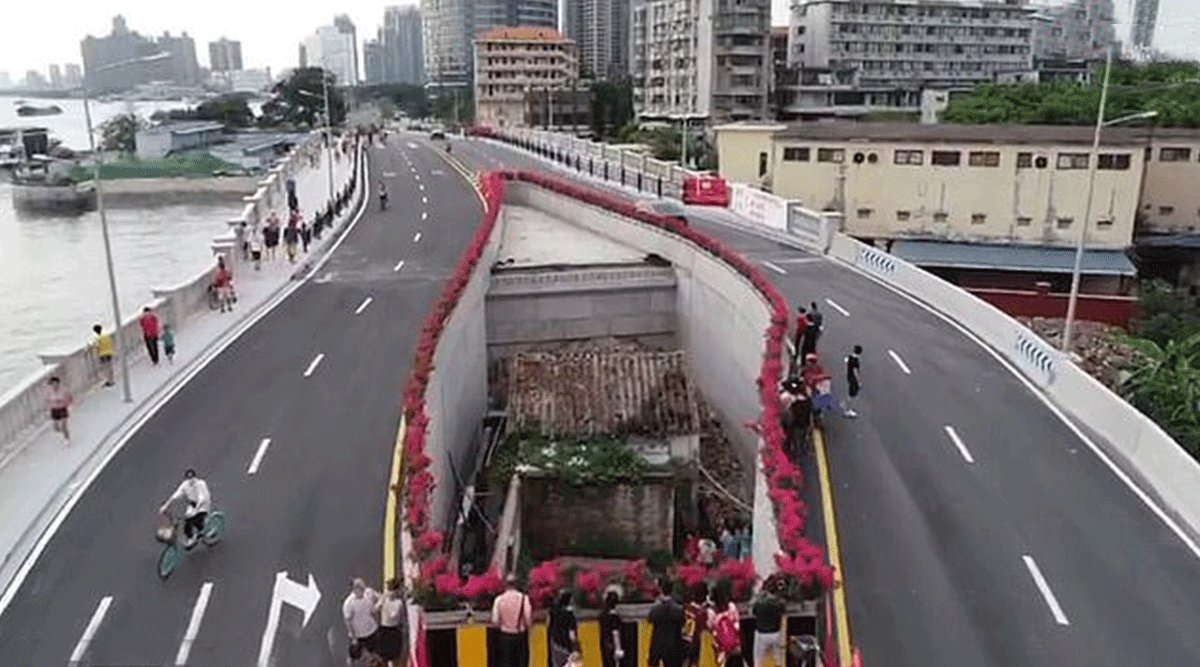 She asked the government to provide her with four apartments as compensation, but the government only agreed to offer her two. Failing to reach an agreement, the government modified the design of the highway and built it around her home. Liang stated to Daily Mail that she doesn’t mind staying in the house, in the middle of a highway. Liang finds it liberating, pleasing and even comfortable. The woman cared little about what people might think of her, as reports circulated and people termed her “stubborn”. Liang continues to be the only person out of 47 households and seven companies, that still live on the highway. Everyone else moved away. Liang’s house at Haizhuyong Bridge continues to be a tourist spot in China.