World’s First Traffic Lights For…
Kartik Aaryan: We Shot Bhool…
5 Things You Should NEVER…
This Infinity Pool In Bangalore…

World’s First Traffic Lights For Camels Gets Installed In China 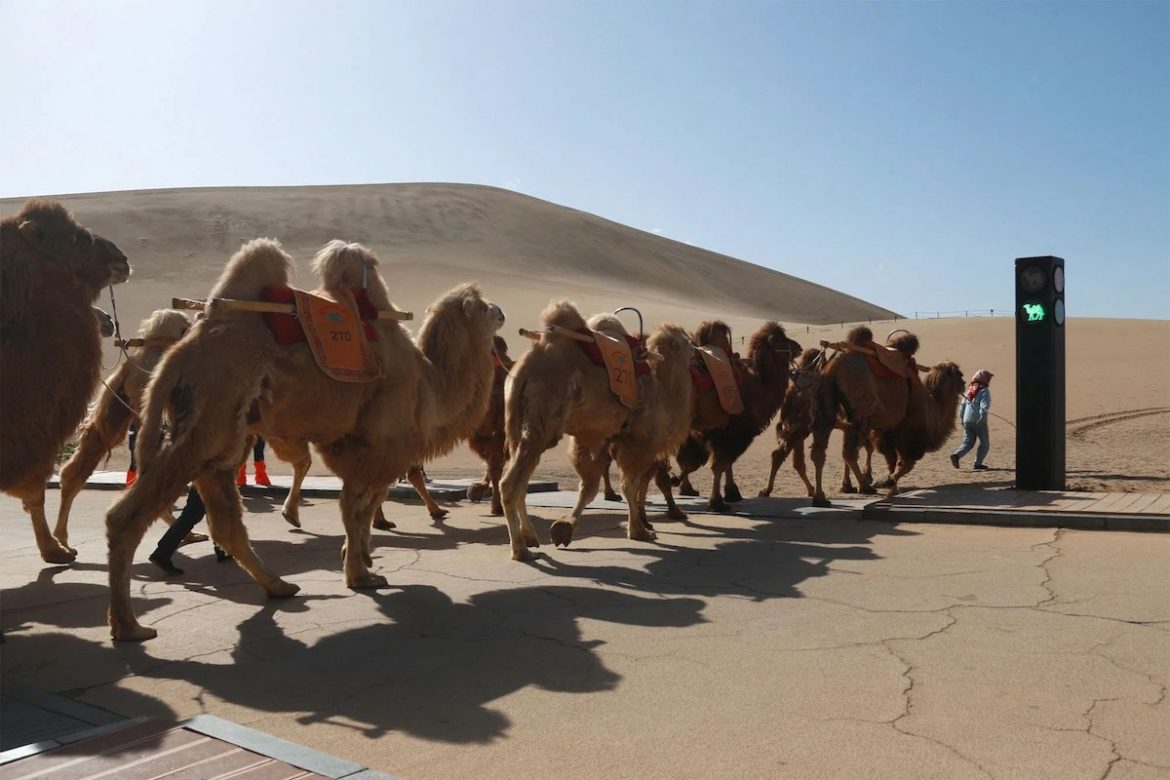 Following traffic signals is a must, and that’s not just for us, but now it’s for camels too. Yep, the king of the desert now has to follow traffic rules? Why so? Well, it is so because China has now installed a traffic signal for Camels, and here’s everything you must know about it. 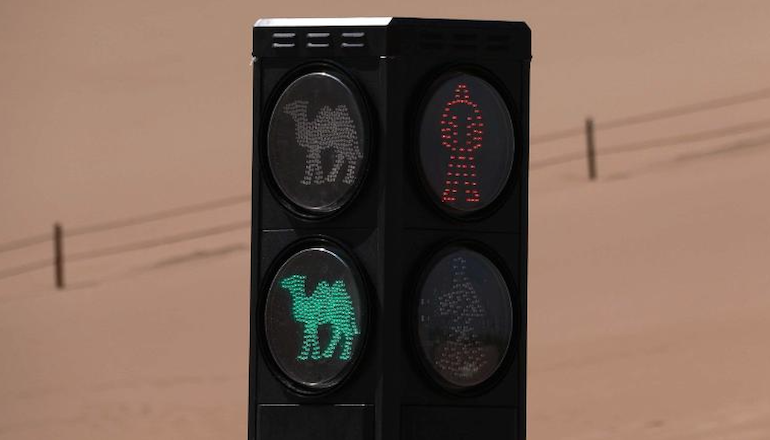 In terms of the signal, just like a normal traffic signal, it will turn green to let the animal cross the road and turn red to make them stop. Well, this is super cool. China always managed to stun us with some new innovations.

Mingsha Mountain Is Also Known As The Singing Sand Dunes

Meanwhile, Mingsha Mountain is also known as the Singing Sand Dunes. It is so because the sands carry a singing or drumming sound when the wind blows. Now ain’t that super cool?

Also read: Singapore Gets A Museum Of Ice-Cream With A Sprinkle Pool, Dragon Playground & More!

What do you think will this innovation come to UAE too? What are your thoughts on this? Let us know in the comments below.