China Gets World’s First Glass…
Mumbaikars, You Have To Now…
Abu Dhabi’s Budget Airlines Introduces…
Dubai To London Gets Another… 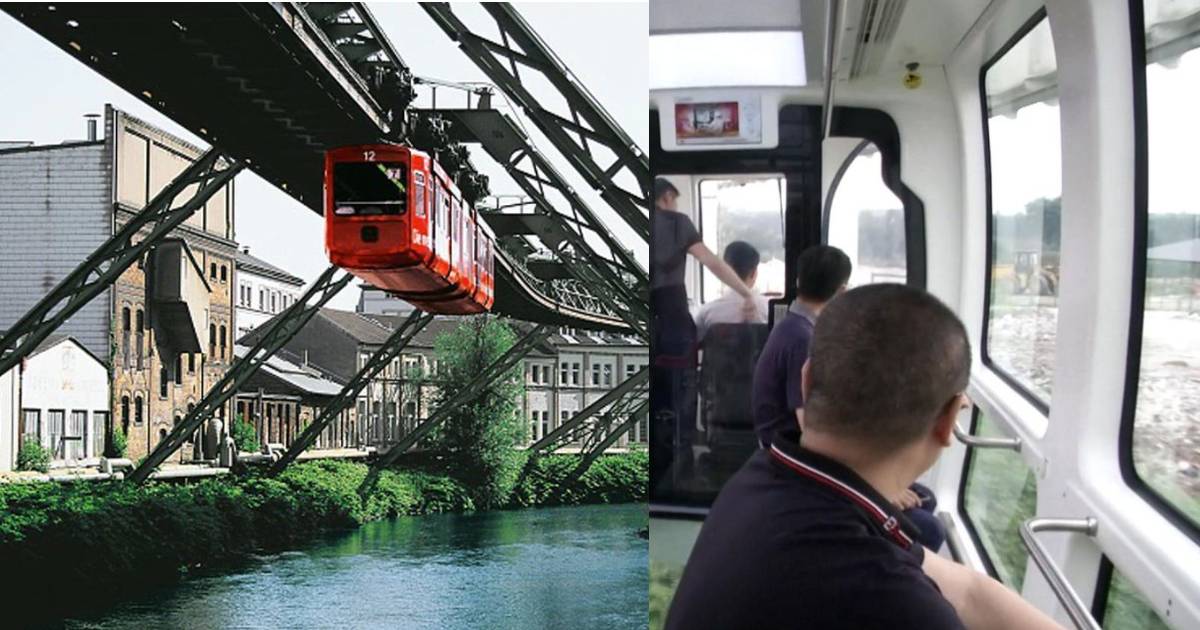 China is known to make crazy inventions. A glass-bottomed sky train recently started operating in China with glass panelling on three sides. The sky train offers travellers panoramic views of the city below. The train is part of the Dayi Air-rail project, which is part of China’s first renewable energy-suspension railway demonstration line. Now isn’t that amazing?

The Train Has Floor-To-Ceiling Glass Windows

The sky train offers people on board an expansive 270-degree view of the landscape below. The train has floor-to-ceiling glass windows but there is much more to the train than just a gorgeous view. The train is designed in Panda theme to remind China’s people of its most famous animal. The maximum capacity of one carriage of the train is 120 people and it can travel at a speed of 80 km/hr. China Is The World&#8217;s First Country To Start Vaccine Passports In Digital &#038; Paper Forms.

A Video Of The Sky Train Went Viral On YouTube

CGTN shared a video of the sky train and it has been viewed more than 58,000 times on YouTube. Viewers were all praises about the sky train. “It looks so futuristically cool,” wrote a user in the comments section. Another one commented saying that it was a “stunning invention.” Tourist In China Left Clinging For Life After Strong Winds Shatter Glass Bridge.

The company behind the Dayi Air-rail describes it as a suspended #train driven by a lithium battery power pack. Smart travel! https://t.co/3cNv66obfi#skytrain #China #CGTNAmerica https://t.co/8dHv8XgEQz

The country has another bridge that’s too unreal to look real. Yes, a bridge in the Zhejiang province of China is taking the internet by storm with wacky architecture and design. The Ruyi glass bridge is 140 meters above the ground and is famously known as the bending bridge because of its structure. It was unveiled back in 2017 but was opened to the locals in 2020. The crazy design and unique stature is throwing people off massively. And since its launch, the bridge has been a big hit not only amongst the locals but also for the tourists who visit the country.

Just a little break to look at some architectural art. The #RuyiBridge in Shenxianju, Zhejiang province, Eastern #China pic.twitter.com/RABCFO4whG

We are curious to know what next is China coming up with?