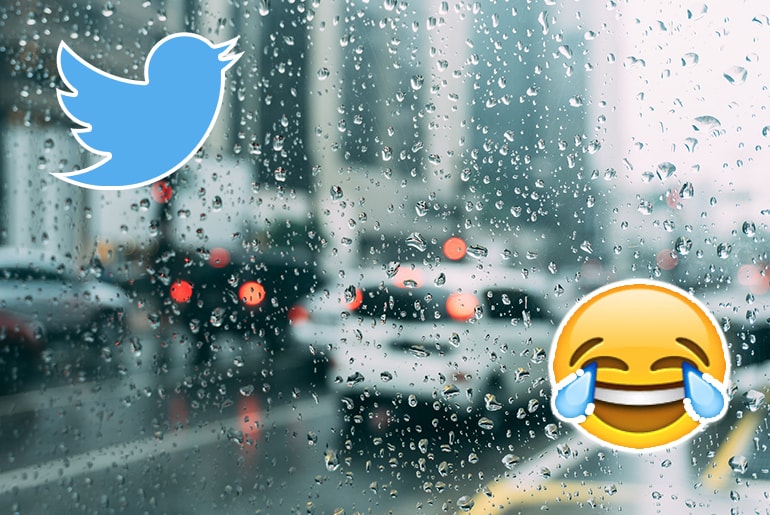 If its raining it Dubai, it HAS to be announced, isn’t it? While news channels and media gave us timely updates, Twitterati went berserk about the chilly weather too. We’ve put together a few Twitter reactions from this morning’s rains!

Pull out your umbrellas and sweaters! According to the National Center of Meteorology, various parts of UAE will receive heavy to very heavy rainfall, over the next five days. Dubai is going to witness rain, dust storms, dark clouds and a LOT of it over the week. With rains today morning the residents quickly took to Twitter and shared their excitement about the weather- some loving and some funny. Take a look!

The sound of rain at night is enough to sleep comfortably ?

Meanwhile, the students wish for

And People In JAFZA

Watching all these Instagram stories of rain and all I'm praying for today is not to find my car 2 feet under the mud AGAIN ?

Ok, who made it rain? pic.twitter.com/1pEreYRAuN

While This Is Me Today Morning

Twice now I wash my car
Twice it rain right after

The National Center of Meteorology (NCM) forecasts weather to be cloudy and cold, especially at night along with showers, over the next five days. The weather on Saturday was partly cloudy with rainfall, dust storm and harsh winds in certain pockets of the city. However, residents need to gear up for a wet Sunday as the Northwesterly winds becoming strong bringing in rainfall, dust storm and a significant drop in the temperature.

The rest of the week will also witness partly cloudy weather with rainfall, dust storm and harsh winds. Earlier, The Ministry had issued 7 weather warnings and has now warned residents about unstable weather conditions across the city over the next week