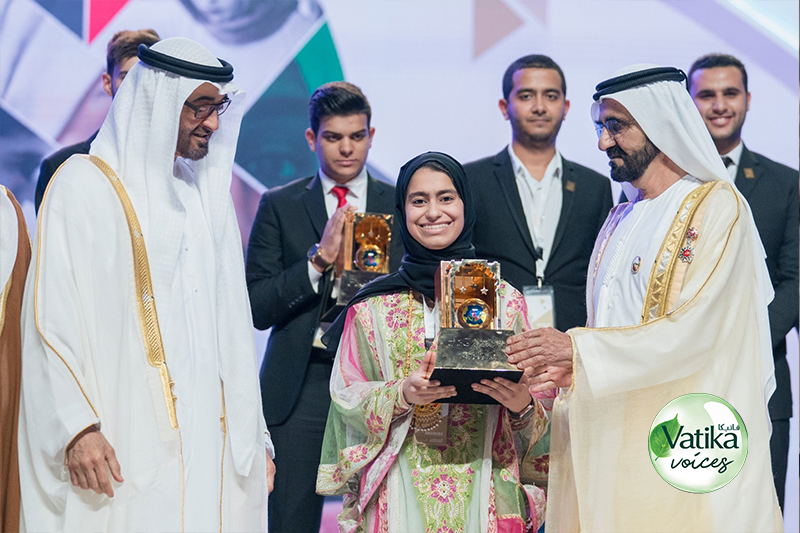 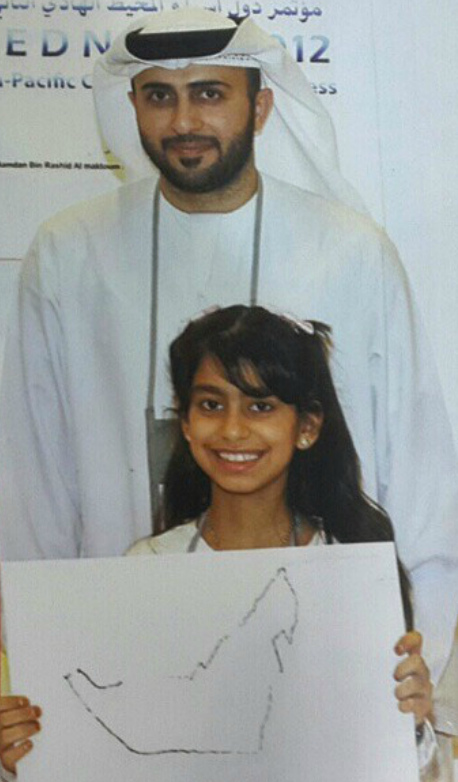 How often do we read or hear about a woman scientist? Well, fortunately, the UAE has always encouraged women scientists and this paved way for Emirati student Fatima Al Kaabi, to chase her dreams. Her hard work paid off and she was all of 13 years old when she was awarded the UAE’s youngest inventor by His Highness Shaikh Mohammad Bin Rashid Al Maktoum, Ruler of Dubai.

It all started when she was 10 and built her first robot – one that could take pictures. She soon developed 12 other inventions, including a solar charging bag for devices, a robot called the teleporter that attends school in place of sick children, an electronic belt for the hearing impaired, and a smart steering system that stops people from texting while driving.

Today, she is a confident 18-year-old student who is pursuing an undergrad degree in computer engineering from Virginia Polytechnic Institute and State University in the US. Fatima has ever since been an inspiration, paving the way for other women and girls to pursue innovation and Stem.

Vatika and Curly Tales team up to launch the Vatika Voices- an initiative to shed light on women in GCC who have made the world sit up and take note. Fatima Al Kaabi Is UAE’s Youngest Inventor spills the beans on her passion, battles, success, and more on a friendly chat with CT Dubai. 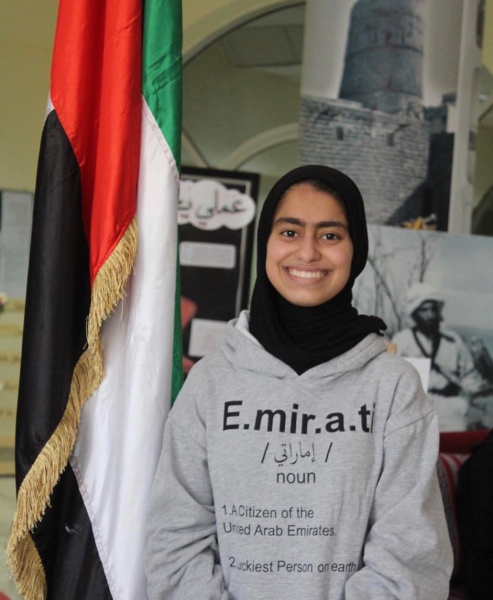 Fatima’s has been passionate about science and invention from a really young age. As a child, she enjoyed watching sci-fi, documentaries and shows on technology and innovation. In addition, her parents come from an engineering background and that contributed to her passion for science and invention.

“I was very influenced by the shows I watched growing up that were mostly about science, but also by the environment I lived in. Both my parents come from an engineering background and that has somehow shaped my interest and personality.”

In addition, Fatima has been blessed with a supportive family. Her parents helped her at home and taught her to build small projects. Over time, Fatima became well-versed with the skills and was able to enter the industry with guidance and support from her parents.

“My family has been supportive since day one. I come from a very technical background at home. My mom studied IT and my dad is an electrical engineer and hearing them talk about their work has made me want to get into this same industry”, adds Fatima.

Battling Challenges & Fighting Her Way Out

Unfortunately, back then, there weren’t many opportunities that welcomed young children, especially girls. Besides the lack of opportunities for young girls, Fatima also faced some backlash for being a girl interested in Stem. Initially, when she developed an interest in Stem at the age of seven, she was super excited to learn about the new industry and build cool projects. However, but over time Fatima realized it was difficult for her to stay in the industry and fight the battle as a young girl. 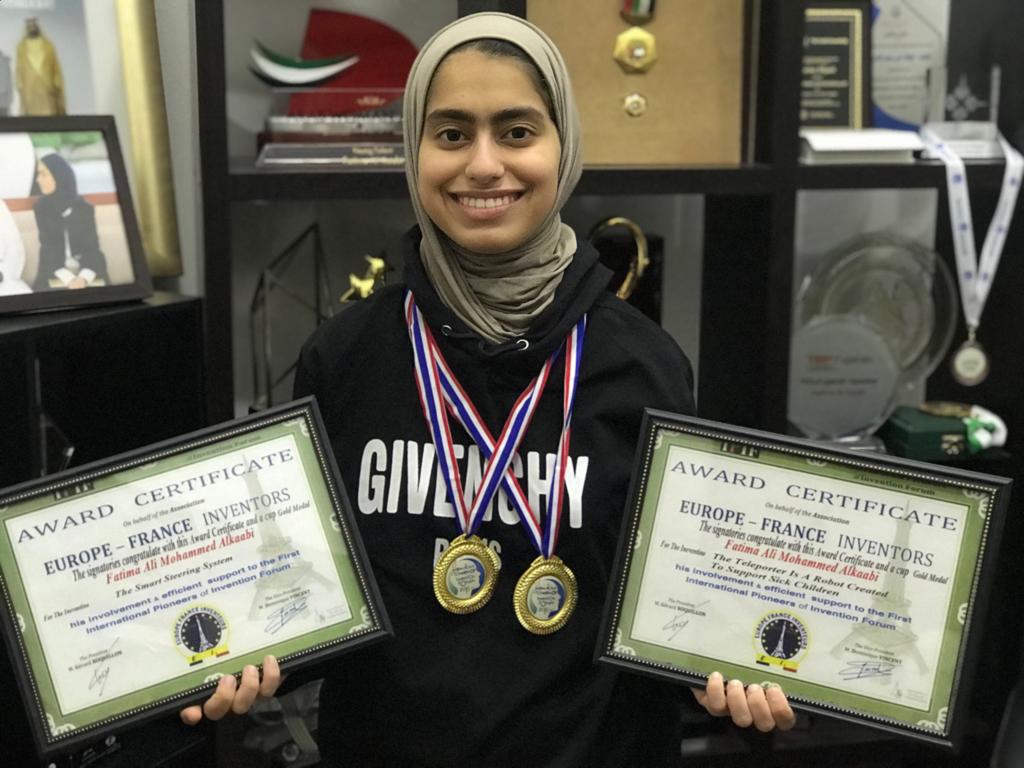 “There weren’t many opportunities and when I tried to fight for those opportunities people would not take me seriously or would think it’s just a phase  and that I’ll find something else to do that  fits the gender role expected it from me.”

Initially, Fatima found it very hard to tackle it and it thus affected her mental health. However, with time, she found ways to navigate through the challenges and deal with the pressures.

“I started prioritizing personal goals over goals that were expected from me. In this way, I achieved those goals and also prioritized my mental health and well-being over society’s needs.”

The one moment that shifted her interest and changed her life was when she presented her first project to the public. Fatima created a photographer robot at the age of 10 and presented it at a conference in Dubai in 2012.

“I remember the opening day. I brought my photographer robot with me and took pictures of the people attending. They got to take a little Polaroid with them to remember the event.” 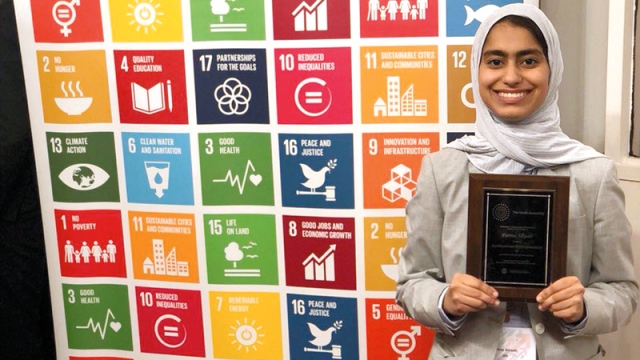 The joy and happiness that Fatima saw on their faces when they were interacting with something she had invented, made her realize how impactful her projects could be and how much joy they could bring to her and the people around her. That’s when Fatima decided to make more projects that help people.

The title of the UAE’s youngest inventor has opened several arenas for the young girl.

“Getting a title like that from HH Sheikh Mohammed Bin Rashid himself opened many doors for me as people started to take me seriously and it gave me validity in my industry. And, with it came responsibility, to give more to the community and to help more young boys and girls enter STEM”, said Fatima.

However, fame and wealth do not define success for this confident, young girl. Being in peace with herself and the happiness the comes with whatever she’s done so far is how she defines true success. 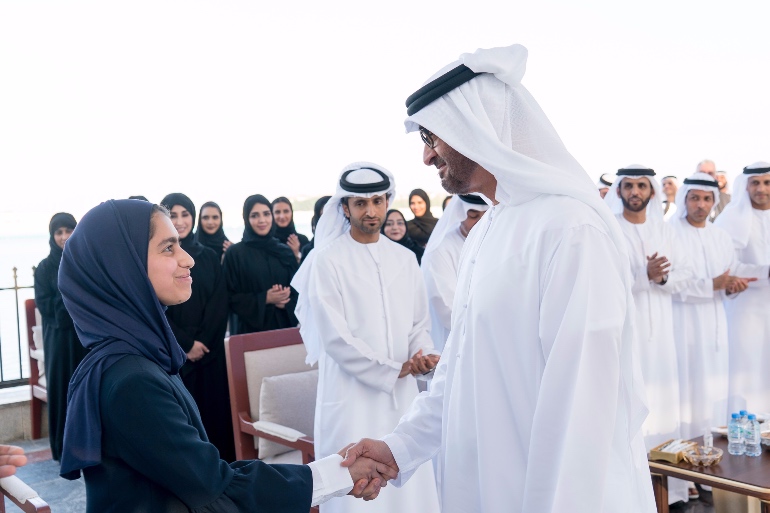 Fatima urges young girls to understand the potential they hold within them and to work on improving their skills and showing the world that they can make a difference. “It is important to keep working on yourself and share your perspectives and ideas, even if you feel you aren’t heard. It doesn’t mean that we don’t belong or that we don’t deserve a seat at the table.”