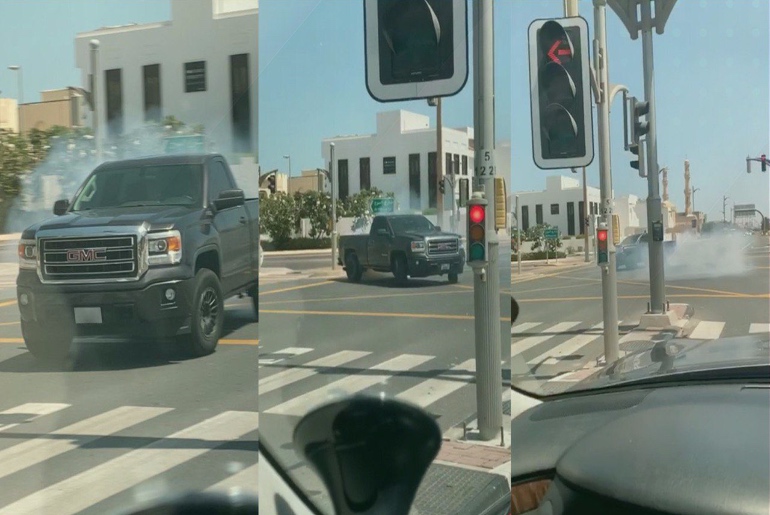 Dubai Police, on Monday, arrested a reckless driver after he performed dangerous stunts on the road. According to the officials, the man was caught on camera performing a stunt that was dangerous to his life as well as others.

Dubai Police has arrested a reckless driver, who appeared in a viral video online, performing stunts on the roads and driving his car in a dangerous way. The reckless driver has been referred to the concerned authority for legal action. pic.twitter.com/aSCDj7914Y

Earlier, Dubai Police publicized those who fail to follow the stay home stay safe campaign. Pictures of violators were be posted on the internet, naming and shaming them on mass media channels. Pretty embarrassing, right? Colonel Saeed Al Hajeri, director of the CID’s Cyber Crime Department at Dubai Police, said the name and picture of the individual along with the violation will also be shared on social media.

Recently, the Dubai Police arrested an Asian man for taunting police officers on duty in an edited clip online. The man has been referred to competent authorities for further legal action against him.Colonel Hajeri said: “The government has invested huge amounts on the emirate’s healthcare infrastructure, and these reckless people are not just not following orders, but are setting examples for others to follow in their steps.”

The Dubai Police has recently arrested an Asian man for taunting police officers on duty in an edited clip online. The man has been referred to competent authorities for further legal action against him. pic.twitter.com/bq9aftOfFP

In line with this incident, Dubai Police is tightening rules for all residents and those found violating will be shamed on social media. Although the Police have been closely monitoring violators, pictures were never displayed publicly. However, in order to bring in more discipline, the new rule has been put in place. The The Cyber Crime chief warned that putting up images of violators on social media without blurring them out, will have severe implications on their lives.