Video: The Burj Khalifa Was…
A Theme Park And Museum…
5 Best Brunches With Unlimited…
Dubai To Permit Entry To…

Video: The Burj Khalifa Was Struck By Lightening Last Evenin 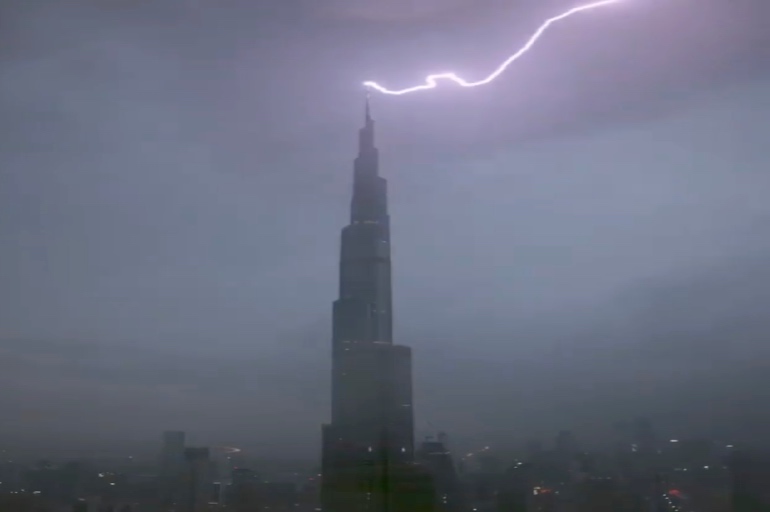 Dubai has been enjoying great weather for the last few weeks and Saturday afternoon turned out to be a show stopper of sorts! Dark clouds, heavy rain and lightning struck the city on Saturday evening, letting residents enjoy an extended winter.

Many took to Twitter to share some mind blowing shots of the city drenched in rain. HH Sheikh Hamdan bin Mohammed bin Rashid AL Maktoum shared a video of the Burj Khalifa struck with lightning and the footage has gone viral.

Several bolts of lightning strike the @BurjKhalifa as the thunder storm rolls in over Downtown Dubai pic.twitter.com/Jjh6xi9Zhs

It’s raining in April, yes this is #Dubai! pic.twitter.com/RER5rk8iFn

Dubai To Permit Entry To Residents Who Have...

A Theme Park And Museum Dedicated To Guru...

From August Only Vaccinated People Will Be Allowed...