Watermelon With Mustard Sauce Is…
Now, Mumbai Dabbawalas Will Not…
This 77-Year-Old Gujarati Daadi Turned…
Order Under 100 Calorie Ice-Creams… 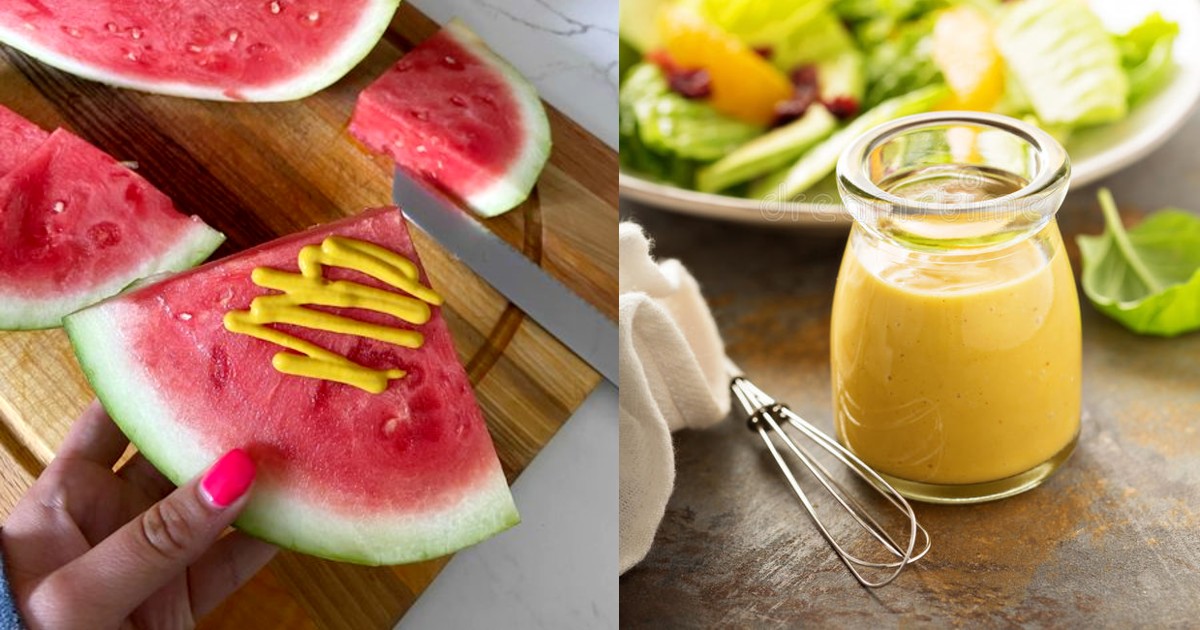 If there’s one fruit to perfectly beat the scorching summer heat, it’s got to be watermelon. The joy of biting into a juicy, sweet watermelon slice right out of the fridge, after a hot, tiring run, is unparalleled. But in the world of weird food combinations, even the humble watermelon hasn’t been spared. The latest TikTok challenge involves putting mustard on watermelon and eating it. Even American singer Lizzo has got herself in on the action. Here’s how it happened.

Mustard On Watermelon Takes Over The Internet

Tiktok is home to some of the weirdest food challenges this includes a nachos challenge of slathering sauces on a kitchen table and preparing it on the counter. The latest to shock the internet involves putting mustard on watermelon. One food blogger ‘yayayayummy_’ created a video where he suggested dousing raw watermelon slices with mustard sauce. The blogger goes on to explain the method of preparation. He first slices up the watermelon and drizzles it with French’s Yellow Mustard. He specifies that this brand should be preferred.

The blogger finally bites into the tangy mustard filled watermelon and says, “It so tangy, it’s so vinegary and it matches so well with the watermelon’s sweet juiciness. Trust me it’s so good.” What started as a suggestion, is creating a storm on social media. The eccentric pairing has made netizens curious to try it out and give their verdict. American singer Lizzo sampled the combination. She used Heinz yellow mustard instead of the recommended brand. Would you dare to try it out? Meanwhile, we tried out 8 weird food combinations selected for us. Here’s what we feel.