Women Playing Garba In Mumbai Local Trains Is Such A Peak Mumbai Thing To Do. Watch! 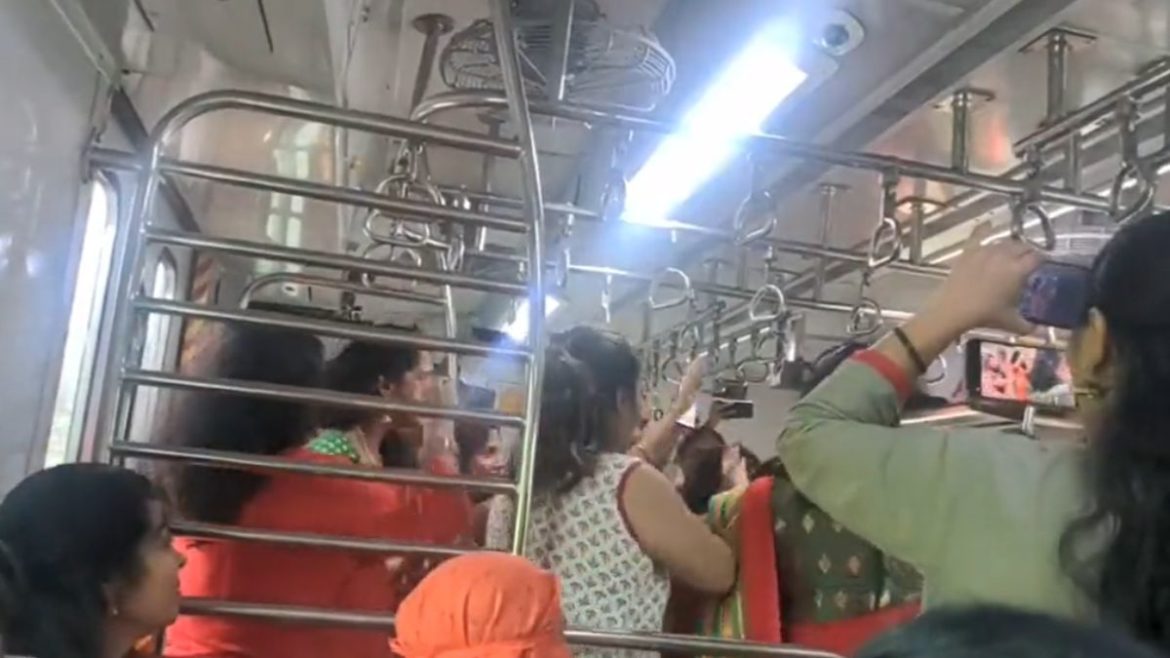 One of Mumbai’s most loved festivals, Navratri is here. There is total enthusiasm and devotion in the air. For all the nine days people do garba which is a traditional dance. The dance is a mark of devotion towards the goddess who is worshipped during this festival. Keeping up with this enthusiasm a video is going viral on the internet. The video features women playing the garba rounds in Mumbai local trains.

Nothing brings more joy in Navratri than playing garba in an open ground. You can see people in colourful attires dancing on the best of the Garba and dandiya music. A video went viral recently on social media and it simply has our heart. The video had women playing garba in an AC Mumbai local. The women were very joyfully playing garba with music playing in the background, probably through someone’s mobile. Other women too enjoyed this sight and also took videos. Due to job timings many people are not able to attend garbas that are hosted in the city. But does that bring their enthusiasm down? Not at all.

The video was uploaded by the Mumbai local’s twitter handle and it went viral in no time. The video was shared with the caption that said fun has no limit and how people create memories in Mumbai locals. Netizens simply melted looking at the video of women playing garba in Kalyan AC local. The video has received likes and views in more than thousands. Many people lauded the devotion and enthusiasm of the ladies. People couldn’t stop themselves from commenting over the unique style of celebration. One person also commented appreciating the spirit of Mumbai as a city and its citizens. Some people also criticised these women for ignoring their safety.

Also Read: These Gujju Snacks Will Totally Liven Up Your Navratri Celebrations

What are your views on it?