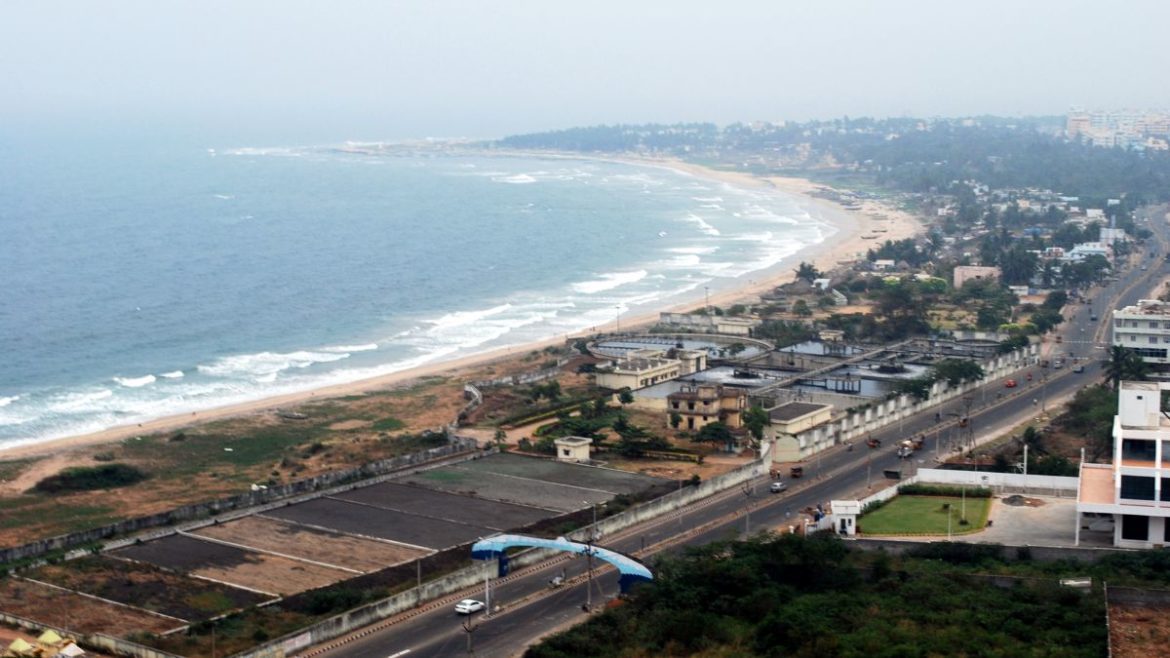 On the Bay of Bengal, in the Indian state of Andhra Pradesh, sits the port and industrial hub of Visakhapatnam. It is also known as Vizag. The city is popularly called as ‘City of Destiny’, Vizag is home to India’s oldest shipyard, beautiful man made wonders and natural beauty. The city is also home to some of the best beaches in India. If you are going to visit Visakhapatnam, here are the 10 best places you should not miss.

VMRDA INS Kursura Submarine Museum is the world’s first submarine museum. The Submarine Museum is situated in a stunning setting with crystal-clear blue waters and golden sand of the RK beach. The museum has artefacts, photographs, and essays that speak of the fighters’ bravery, selflessness, and patriotism. 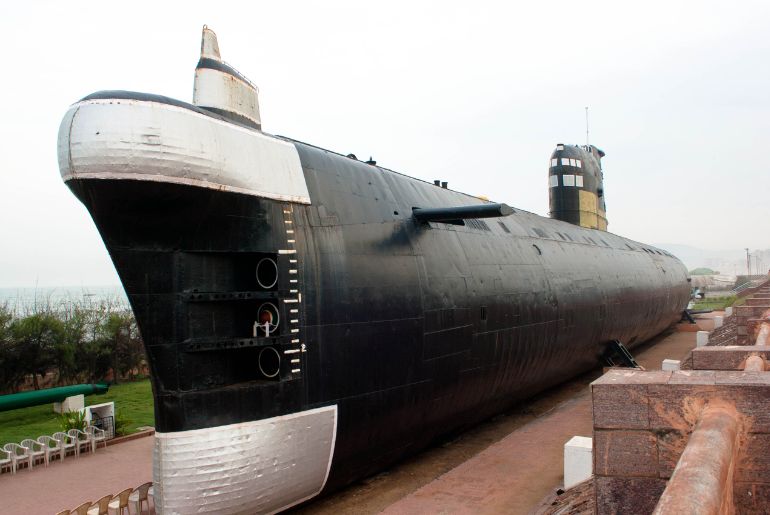 The Borra Caves are located in the Visakhapatnam district’s Ananthagiri hills in the Araku Valley. The caves are located at an elevation of 705 metres and are one of the largest in the country. It is a marvellous creation of nature and the most beautiful feature is the amazing array of speleothems that range in size. 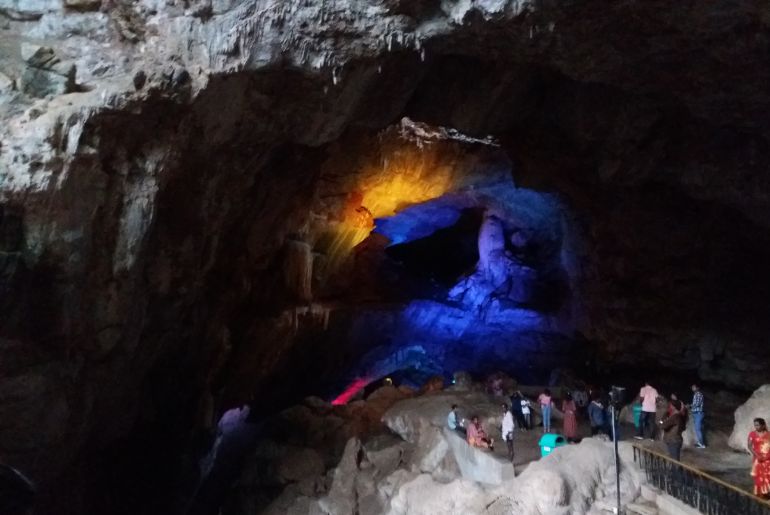 Indira Gandhi Zoological Park is the third largest zoo in India and the largest zoological park in Andhra. Over a 625-acre area, it serves as a home for about 80 different species of animals. The zoo is rich both in flora and fauna. This park also features a special area just for butterflies and moths, which adds to the study’s excitement. 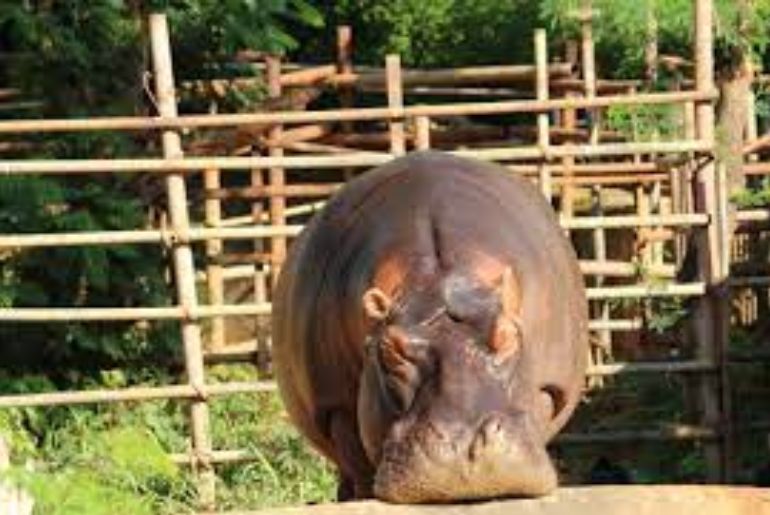 Ramakrishna Beach or popularly known as RK beach is one of the most known beaches. It is located in Visakhapatnam on the eastern shore of the Bay of Bengal. RK Beach is a place to unwind, take leisurely strolls down the shore and sunbathe. The beach sand is golden and is very clean.

A post shared by Vizag – The City Of Destiny (@vizag_the_city_ofdestiny)

Kailash Giri is a stunning hilltop park set at a height of 360 feet amid the picturesque areas of Vizag. Spread across 100 acres of land, this hilltop park overlooks the beautiful beach below. The top attractions are Titanic Viewpoint, Floral Spot, Shanku Chakra Nama, Jungle Trails, Shanti Ashram, and others.

A post shared by Vizag – The City Of Destiny (@vizag_the_city_ofdestiny)

Also Read: India To Get Its First Sea-Pool In Vizag, Andhra Pradesh

This 174-metre-high headland, which resembles a dolphin’s nose, is located south of Vizag. It has a really intriguing appearance because a part of it appears to be sticking out towards the Bay of Bengal. Additionally the place is close to a hill called Dolphin Hill, which is a restricted military residential enclave. 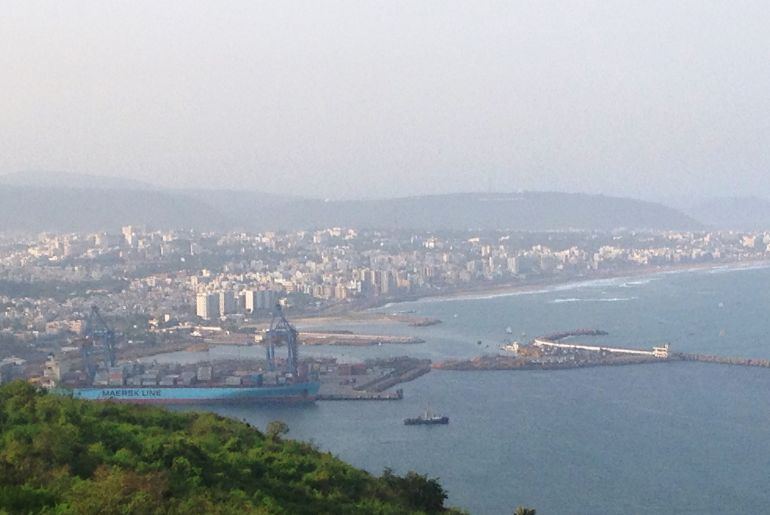 Simhachalam Temple is known as one of the most important and known temples in the region. The temple is located on a hill 800 metres above the sea level. It is dedicated to Lord Narasimha. It’s interesting to note that on the day of Akshaya Tritiya, the deity’s statue stands in its authentic form in the year. 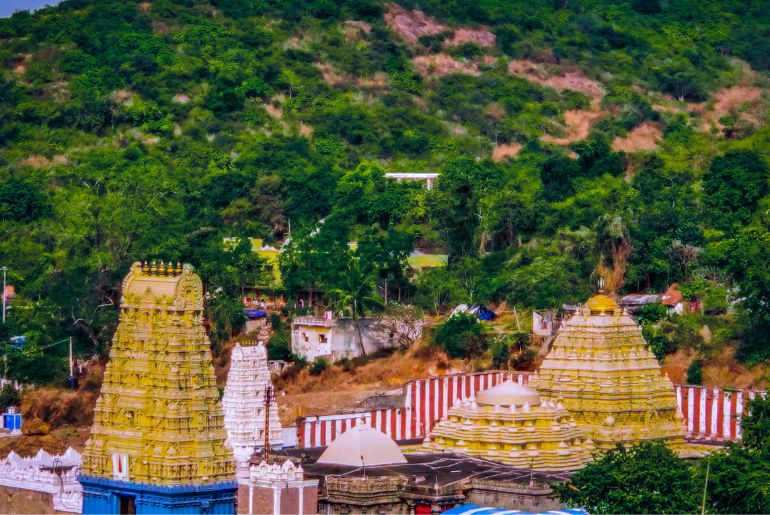 The River Gosthani is the source of the Katiki Falls which is about 90 kilometres  away from Visakhapatnam. The 50-feet-tall natural formation is stunning and is located near Borra caves. The place is loved by trekkers as it is the perfect spot for beginners and medium level trekkers. The surrounding is lush green and the waterfall in between is a sight to behold. 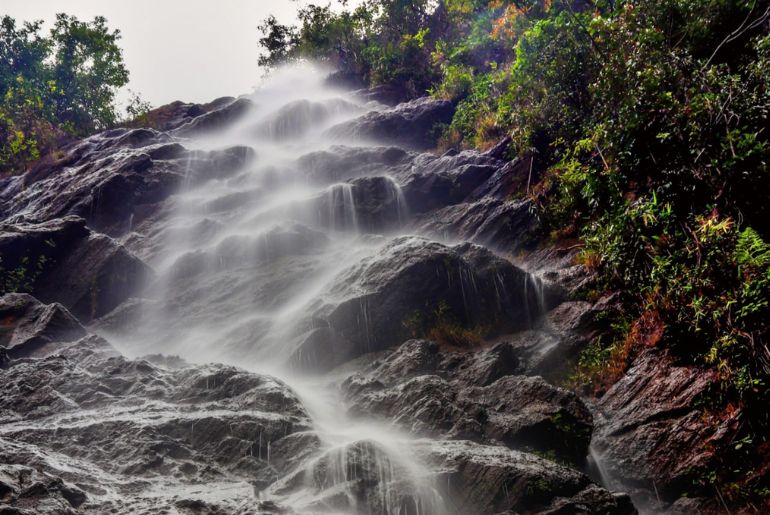 Yarada Beach is a beautiful location that is bordered on three sides by hills and on the fourth by the Bay of Bengal. The beach is about 15 miles from Visakhapatnam and is rarely crowded with people.The beach is famous for offering enchanting views of the sunrises and sunsets. The local cuisine available at the beach should be tried for sure. 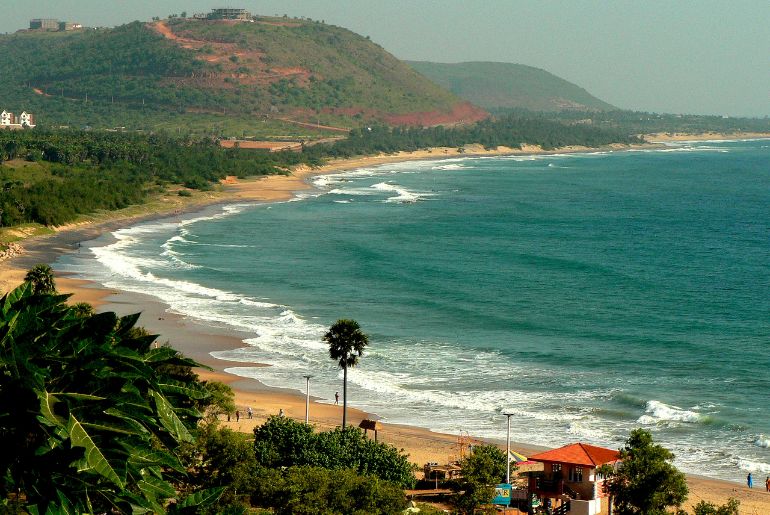 The breathtaking Rishikonda Beach, also known as Rushikonda Beach, is situated on the Bay of Bengal coast. Due to its intact natural beauty Rishikonda Beach is rightly referred to as the “Jewel of the East Coast.”. The beach’s tranquil golden beaches are found in the Rishikonda hill’s heart. 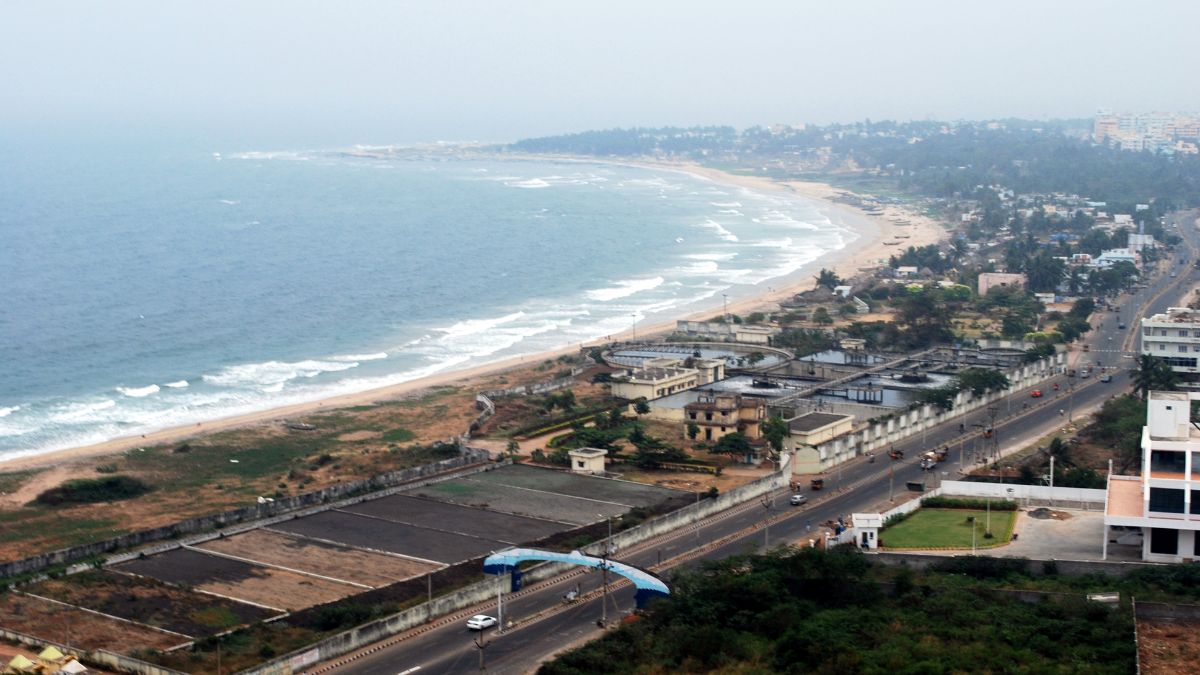 Do let us know how many places have you visited?