The wonders of nature continue to amaze us. We recently told you about the 350 varieties of flowers blooming in Kaas Valley and the pink vista of Kerala’s backwater. Now, a 1,400-year-old ginkgo tree in China has recently drawn the attention of thousands of people as the leaves create a vibrant ocean of gold. Once a year, this towering ginkgo tree showcases a transition into fall in an incredible way. The leaves change into a radiant shade of gold, and the golden leaves fall on the ground. It is indeed a sight to behold. 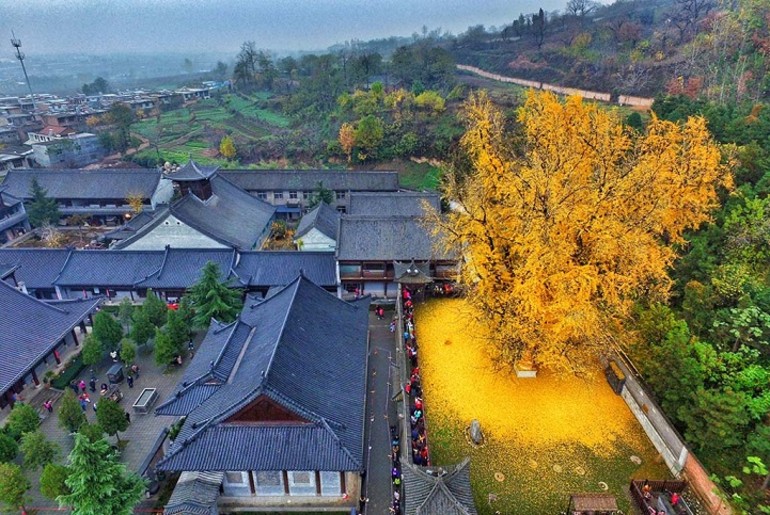 The 1,400-year-old ginkgo tree is in the walls of Gu Guanyin Buddhist Temple, in Zhongnan Mountain region of China. As the leaves fall and create a vibrant sea of gold every autumn, tourists from all across the world flock to see the sight. However, this year, because of the global pandemic, only the people in China could view this marvel. Visitors wait for the opportunity to capture the photos of the colourful carpet. Here are 7 Amazing Tree Houses Around The World To Make Your Abode. 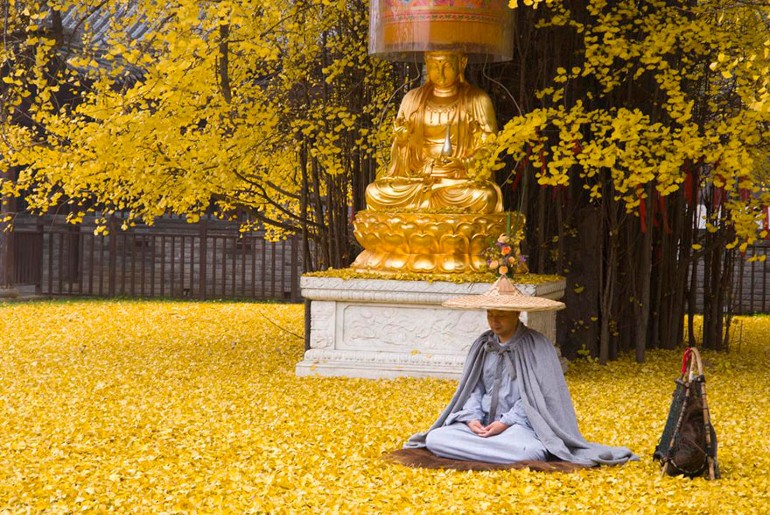 Golden leaves start falling on the ground since October, turning the temple’s premises and the land into a yellow ocean. It is the perfect celebration for autumn. This ginkgo tree is also referred to as the living fossil and for good reason. Despite all the climatic changes, the tree remained unchanged for more than 200 million years. Isn’t that fascinating? It is a living connection to the times when the dinosaurs ruled the earth. 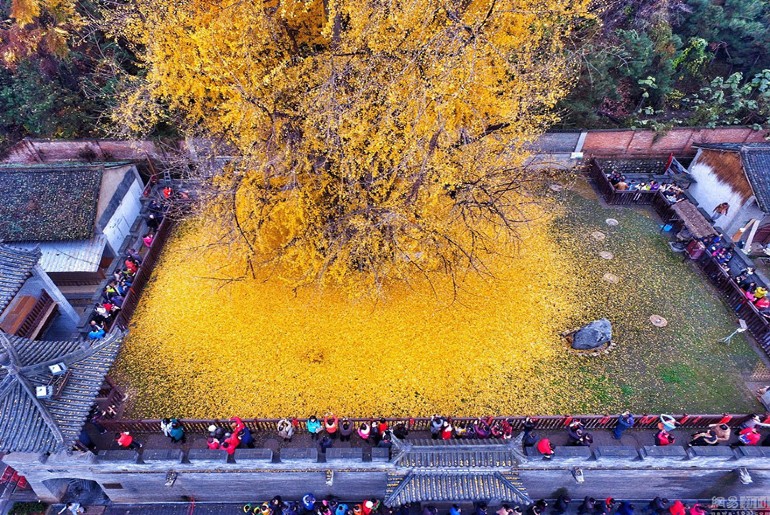 Gingko Tree Has Many Medicinal Benefits

Besides the magical yellow colour that the tree adopts in the fall, this particular species is also wonderfully useful. It not only serves as a source of food, but it is also equipped with various medical benefits recognised in traditional Eastern medicine. Log On Remotely From The Wildflower Hall Resort In Shimla &#038; Beat All The Workday Blues.

Ginkgo biloba, commonly known as ginkgo or ginkgo, is the only living species in the division Ginkgophyta, all others being extinct. Also known as the maidenhair tree, the species it belongs to is ancient with some fossils dating back 270 million years.