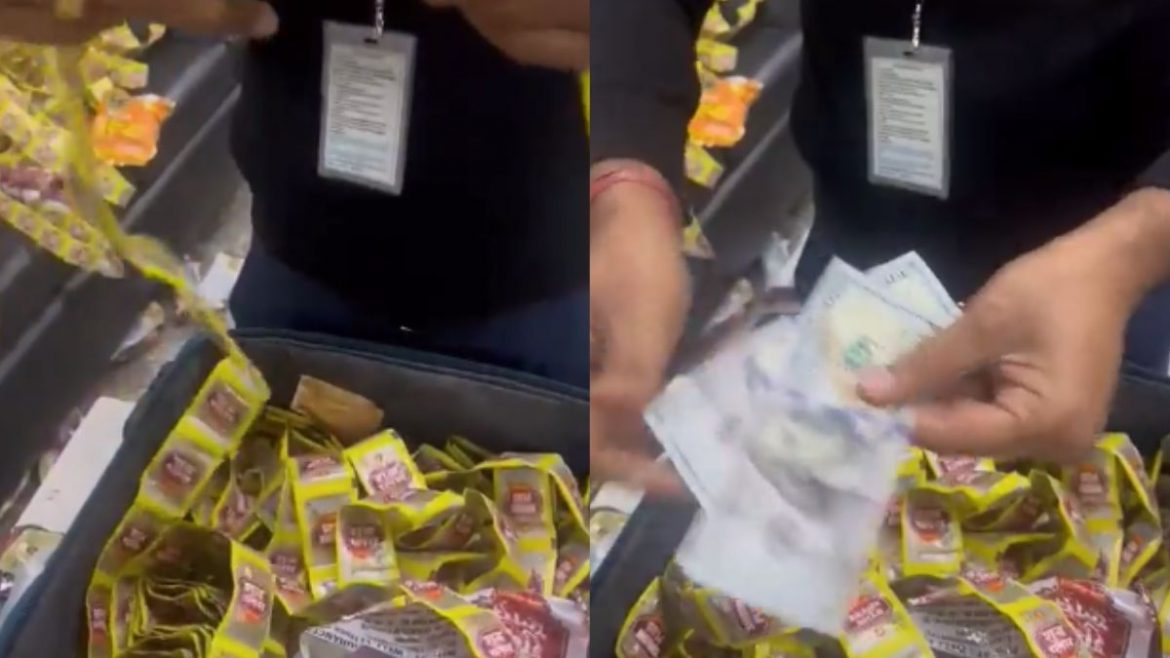 We have heard and seen so many stories of people attempting to smuggle things while flying on a plane. While hardly anyone can succeed, many get caught during the check-in. Something very similar happened sometime back in the Netaji Subhash Chandra Bose International Airport when a passenger tried to smuggle a humongous amount of money while flying to Bangkok in Thailand.

A Passenger Attempted To Smuggle $40,000 In Pan Masala Packets

Kolkata customs officials arrested the man who was trying to carry $40,000 (₹32,78,000) in US dollar notes on 8 January 2023. All the notes were concealed inside tons of sachets of pan masala. Kolkata customs took to Twitter to share the incident. Take a look at the tweet here!

Acting on intelligence #AIUofficers intercepted a pax scheduled to depart to Bangkok on 08.01.23 after immigration formalities. Search of his checked-in baggage resulted in recovery of US $40O00 (worth ₹3278000) concealed inside Gutkha pouches @cbic_india @PIBKolkata @DDBanglaTV pic.twitter.com/DpxSCL5S3w

Each pan masala sachet had 2 notes of ten dollars. As stated by the Air Intelligence Department, the customs official was inspecting the aircraft when they found the bag with many US dollar bills packed inside pan masala packets. Also, he was investigated in this case after he was done with immigration formalities.

The Bag Was Filled With So Many Sachets

In the video shared by Kolkata Customs, it can be seen that an officer is tearing the sachets to take out the dollars packed with a piece of transparent plastic in the sachets. The man was carrying a trolley that was completely stuffed with pan masala sachets to the brim.

There Are Other Incidents When Passengers Tried To Smuggle Things

Another incident in the Kolkata airport is when the CISF found a passenger with metal pieces in their head. The flyer was wearing a wig with 2 gold bars hidden inside it. Each gold bar weighed around 166.40 grams.

A passenger was trying to smuggle foreign currency of about ₹45 lakhs a few years back. The notes were stuffed inside biscuits and peanuts. CISF arrested a passenger at the Indira Gandhi International Airport.

CISF found another passenger in the Delhi airport trying to smuggle Euro 1,19,200 and USD 2,000 inside his turban. The staff was suspicious of this man at the check-in area. After investigation, they found about ₹96 lakhs.

Such smuggling cases are seen a lot but officials are quick enough most of the time to apprehend them.