5 Stunning Architectural Wonders That…
Baby On The Way? Here’s…
Daleside Manor Boutique Hotel In…
Stay In This Stunning European-Style… 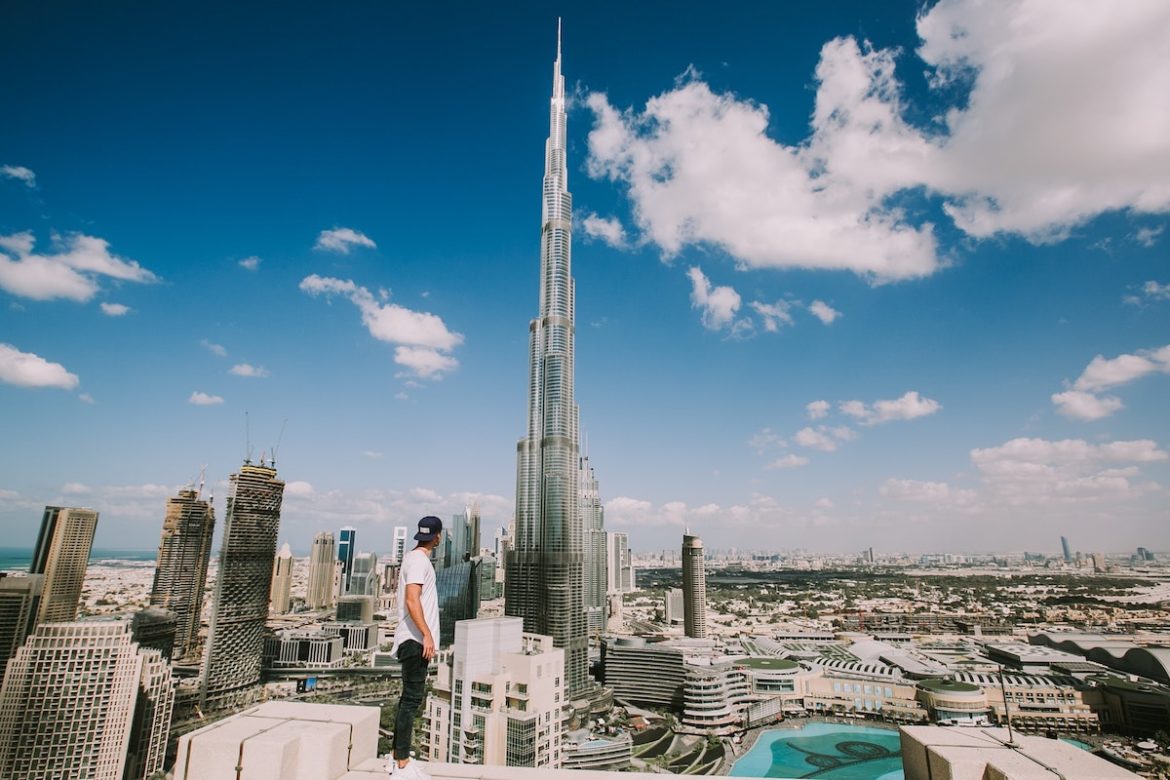 Dubai has a stunning skyline, a one that never tires. However, there are a few structures on the sky line that stand out for the enchanting architecture. From residential towers to offices and attractions, here are six architectural wonders that adorn the Dubai skyline.

Think Dubai and this is one of the first things that will crop up on the list of places to visit in Dubai. The world’s tallest tower, the Burj Khalifa has its home in Dubai. The tower peaks at a height of 829.8 m (2,722 ft) and took six years to be completed. That’s not all! Apart from marveling at the wonder, you can also dine in one of the finest restaurants or unwind at a luxury spa inside the tower. In fact, Burj is also home to the world’s highest lounge- The lounge. Seated on the 152nd floor, the lounge offers uninhibited views along with a delectable selection of delicacies. 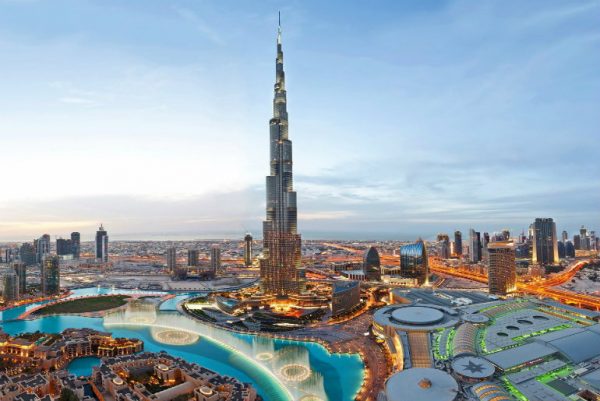 Also Read: Top 10 Things You Must Do In Dubai

Burj Al Arab, famously known as the ‘world’s only 7-star hotel’, was designed by Tim Watkins.  The hotel stands at 320 meters high and is the fifth tallest hotel in the world. The sail-shaped structure was designed to reflect the iconic nature of the city under the vision of His Highness Sheikh Mohammed Bin Rashid Al Maktoum. The opulent hotel has 200 suites offering breathtaking views of the city and more than 120 butlers delivering impeccable service. Besides, there’s also a helipad suspended 210 metres above ground. 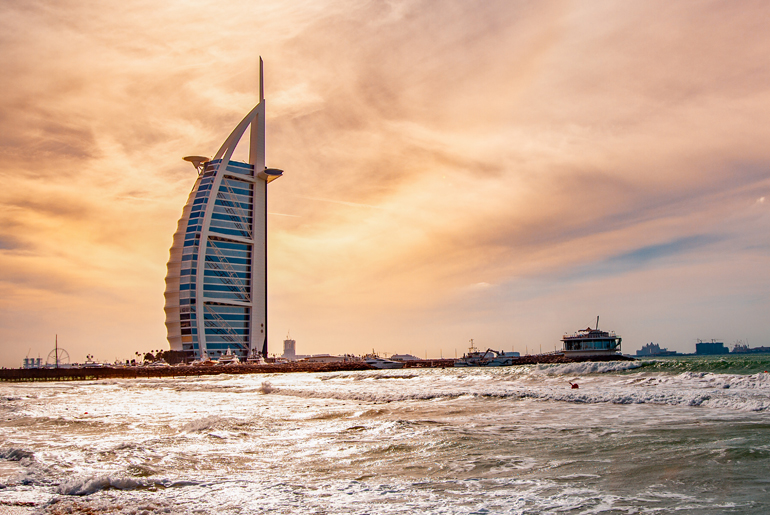 Dubai is broke its own record by launching the World’s Tallest Hotel which is one meter taller than Dubai’s JW Mariott Marquis, Gevora Hotel is nearly quarter of a mile high. The highlight of the hotel is the lavish rooftop pool offering stunning views of the city. The exterior of the hotel is made of 100% gold and the pointed roof glows the brightest in the night. In fact, the arrow-like roof is also visible from the Palm Jumeirah on a clear day. 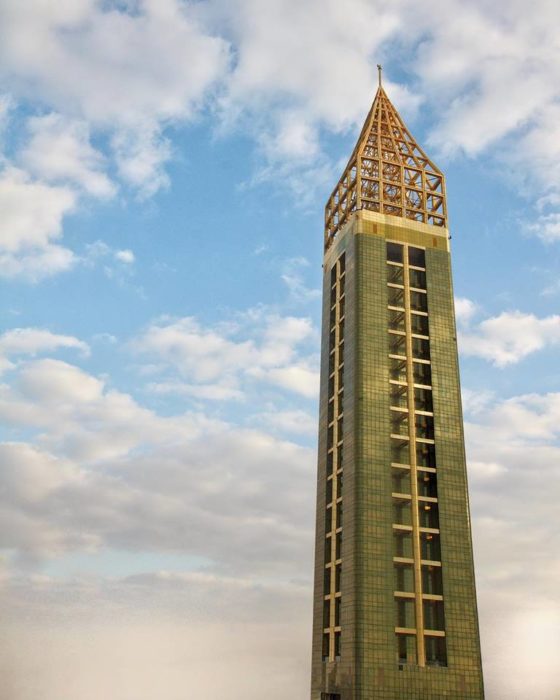 This was one of the first hotels built on The Palm. The hotel’s architecture is inspired from Arabic design elements while the ocean theme is inspired from the mythology of Atlantis island. Apart from offering seven-star facilities, the hotel also boasts a water theme park, dolphin encounter, the lost chambers aquarium, and underwater diving. Besides, there’s also an underwater suite, where the waters of the Ambassador Lagoon gently lap at your window.

This unique structure adorned the Dubai skyline earlier last year. Designed by the late Dame Zaha Hadid, the tower features residences, offices, 12 restaurants, a rooftop bar and a lavish Me Dubai hotel which will soon open doors to the public. 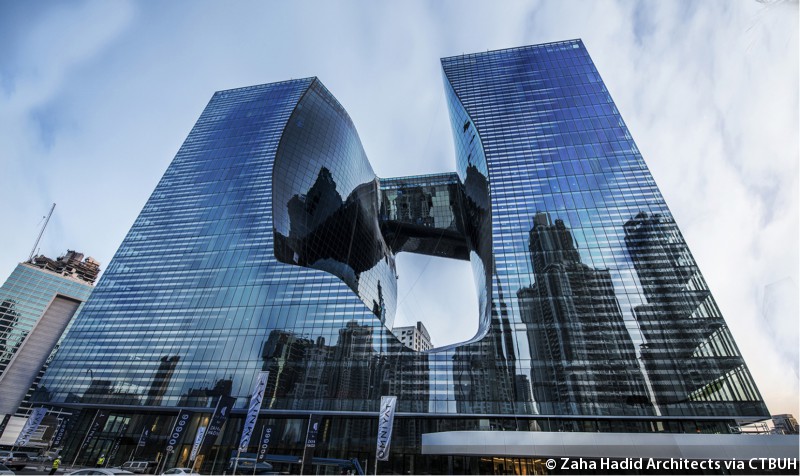 Also known as the Infinity tower, the Cayan tower stands out for its twisted shape. Designed by Skidmore, Owings and Merrill, the tower is 306 metres high. What makes it special is the twist, which swirls around the building by around by 90 degrees. Opened in 2013, this modern structure features residences and offices. 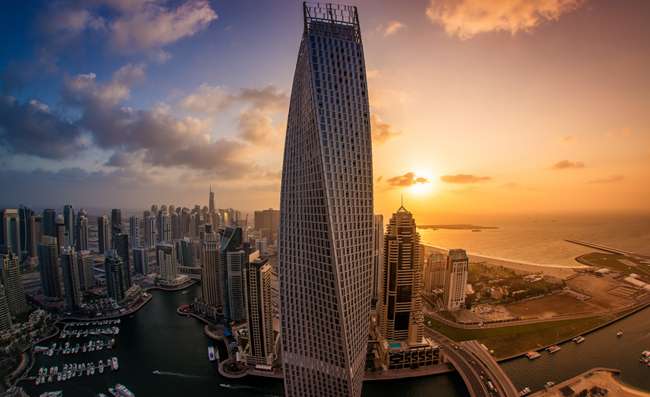