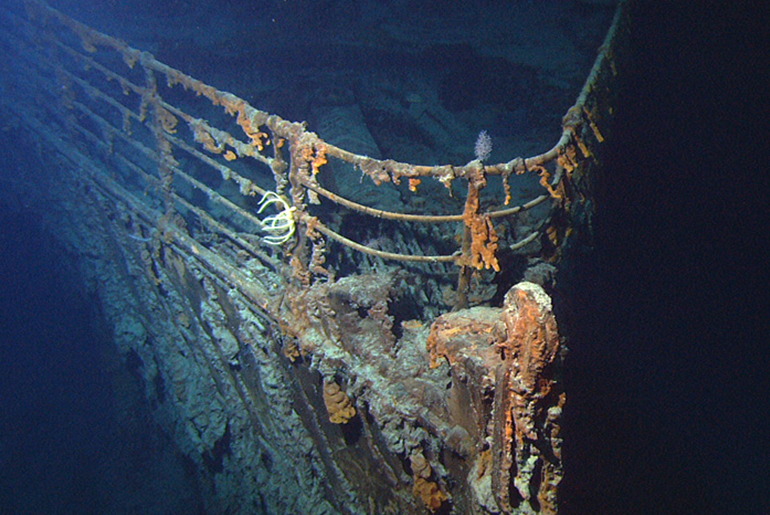 On 14th April 1912, the RMS Titanic was laid to rest at the bottom of the icy Atlantic. Her journey lasted just four days. You can now commence your very own journey and explore the Titanic wreckage in a beautiful 8 day voyage.

Get Aboard The Titanic! How?

Blue Marble Private, a London-based travel company will begin dives to the wreck site in May 2018. Nine deep-pocketed tourists will begin an epic 8-day journey into the depths of the Atlantic to finally explore the Titanic.

The trip is crafted in collaboration with OceanGate Expeditions and will give adventurers a chance to explore the Titanic up, close and personal. The Titanic as seen from the Carparthia

The expedition sets off from Newfoundland, Canada. OceanGate has created a Titanium-and-carbon-fiber submersible which will journey to the Titanic. Only nine people will get a chance to board this vessel, apart from the crew. Those who set aboard the expedition get the fancy title of ‘Mission Specialists’. There are a number of dive sites along the way to the final resting spot of the Titanic, which guests can explore. Spread across three days, the total dive time is will be approximately for three hours.

Guests will learn to assist the crew in the submersible and aboard the expedition yacht. There will be a 90-minute descent to the Titanic, wherein you get to see beautiful bioluminescent critter. The Titanic itself is located almost two miles below the surface. The exploration of the Titanic will last for three hours. Tourists gliding over the surface will get a glimpse of where the famous grand staircase was once set. The Mission Specialists will also get to look at the numerous artifacts strewn all across the ocean floor, which have been untouched for over 100 years. Glide past the infamous boiler room, explore the ship’s enormous propellers and capture a view that very few have seen, or ever will. The grand staircase in the Titanic

How Much Does It Cost?

The trip will commence on May 2018. Impressively, all nine seats are already sold out. Blue Marble Private said that it plans to shortly announce its next trip for the Summer of 2019.

For my posts, also add: