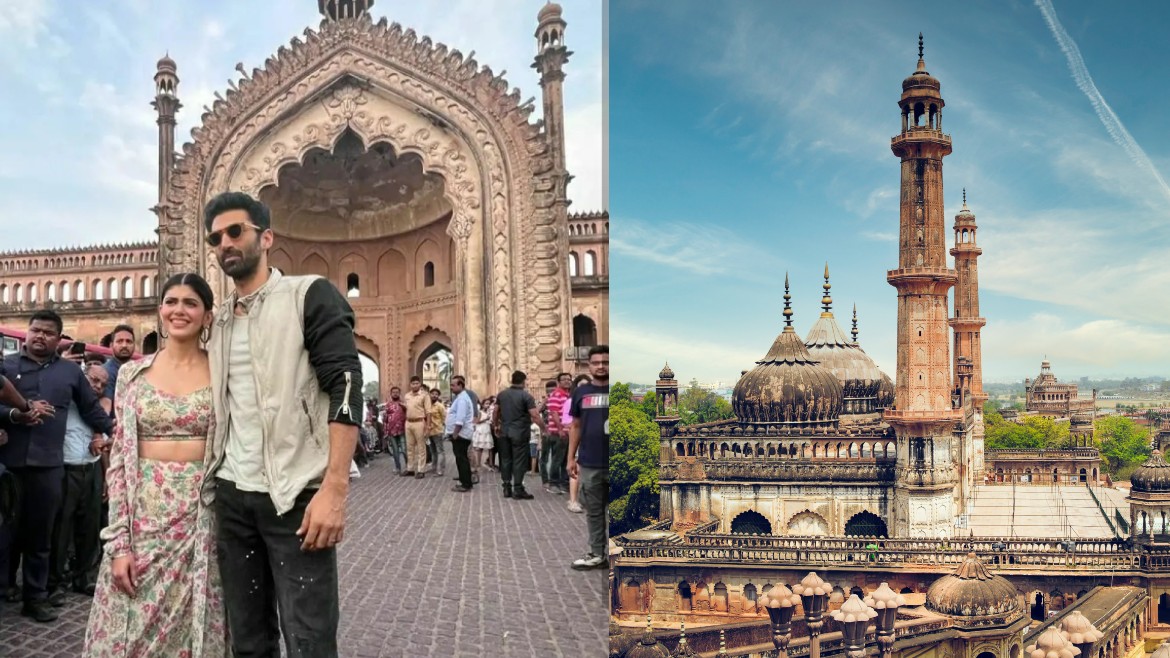 The city of Nawabs, Lucknow is a melting pot of alluring culture and history. From walking through the ancient buildings of the Nawabs, gorging on lip-smacking food to hoarding chikankari handlooms, there is so much to do in Lucknow. Actor Aditya Roy Kapur was recently in Lucknow with his OM co-star Sanjana Sanghi. They were greeted by their fans in front of Lucknow’s grandiose Rumi Darwaza. Nawab Asaf-Ud-Daula had constructed the royal gate in the year 1784.

The actors visited a stall selling chikankari kurtis and also relished delectable street foods of the city. They even took a ride through the old alleys in a local e-rickshaw. In short, they lived a day like a true Lucknowi in Lucknow. Sharing a video from their movie promotion at Lucknow, Sanjana wrote, “Thank you for enveloping us with your love and unreal food Lucknow. We hope you enjoy the film.” OM is hitting the theatres on July 1, 2022.

Also Read: Aditya Roy Kapur: At One Time I Wanted To Be A Cricketer

Lucknow is known for its magnificent Bara Imambara which is also home to the intriguing maze, the Bhul Bhuliya. You need to take a guide inside Bhul Bhuliya or else you might get lost. The best part is that guides at the historic buildings in Lucknow can tell you interesting facts about the city from the past. Some age-old markets in the city like Hazratganj and Aminabad are hotspots for soul-satiating food options like kakori kebabs, pink tea, basket chaat more.