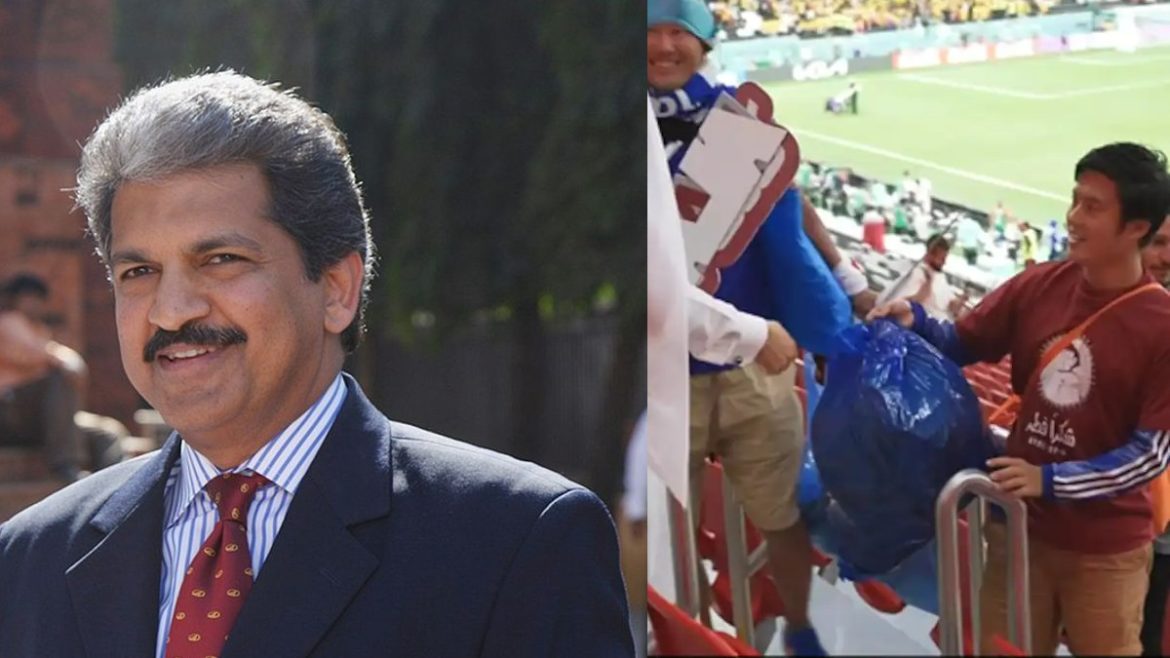 If you ever need motivating content to fuel your day with the right dose of inspiration, then follow Anand Mahindra on Twitter. The Mahindra Group Chairman always shared food, travel and other content that will leave you intrigued and even inspired. Recently, Anand Mahindra shared a video of Japanese fans cleaning the Qatar stadium after the FIFA World Cup opening match. Here’s all about it.

Anand Mahindra is super impressed with the Japanese for displaying values that deserve global recognition. Why is that? Well, a video posted on a Bahrain content creator, Omar Farooq’s Instagram handle shows Japanese fans unhesitatingly cleaning the stadium post the FIFA opening match. Despite their country, Japan, not even playing the opening match, the Japanese spectators picked up trash in the entire stadium.

👍🏽👍🏽👍🏽 They said they weren’t doing it for the cameras, but I’m glad the cameras still spotted them. The values they’re displaying are worthy of a global audience. #WorldcupQatar2022 pic.twitter.com/zsijHH2qsX

They Didn’t Do It For The Cameras!

The video shows them picking up littered plastic and glass bottles, food packets and more. They carried huge garbage packets and filled them with litter. They later carried these garbage bags out of the stands. When asked by the Bahraini content creator, the reason behind them doing this,  a fan said that the Japanese never leave behind rubbish. They always respect the place. The fans also respectfully picked up flags strewn on the floor.

The 67-year-old business tycoon Anand Mahindra lauded the Japanese football fans. He was glad the cameras spotted their noble gesture even if they weren’t doing it for the camera. Anand Mahindra hailed their values and deemed it worthy of global recognition.