FIFA World Cup 2022: It’s A National Holiday Today In Saudi Arabia, Thanks To The Glorious Win 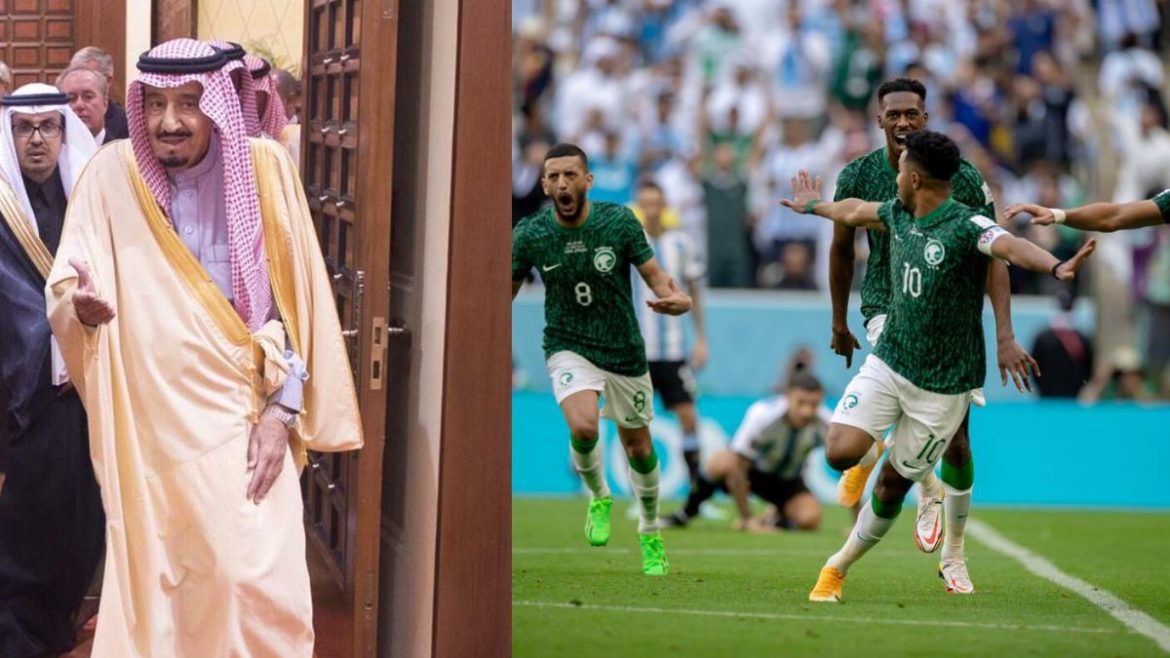 Winning a match as a novice is normal. But winning it against a god-speed team of football is a great deal. The recent example of Saudi Arabia’s win over Argentina by 2-1 was a similar experience. The shocking yet glorious victory of this team exceeded the happiness quotient of the kingdom. A public holiday was announced to celebrate this landmark victory in the history of Saudi Arabia.

The crown prince of Saudi, Mohammed bin Salman, shared glimpses of witnessing the victory at his home, praying, leaving no stone unturned to etch this momentous occasion. The announcement of a public holiday brought next-level gaiety among the residents of the kingdom.

The holiday is applicable to the public as well as the private sectors in Saudi. The schools are asked to remain closed on 23rd November 2022.

The capital city of Saudi, Riyadh witnessed an atmosphere filled with delight after the final whistle. Saudi residents were racing cars with nations’ flags and dancing on the streets to express their happiness.

Our first mission was successfully accomplished ✅

Our Green Falcons lived up to the big occasion and recorded a historic win 🦅 pic.twitter.com/pQDiIA8VOi

The reason behind the announcement of a public holiday is that Saudi before this has never won a match in FIFA World Cup. They have sour memories of defeat against Germany and Russia in 2002 and 2018 respectively. Therefore the victory that too over title-lovers Argentina was a substantial record for the Saudi team.

Do you know this isn’t the first time a public holiday announcement came by over a big win in FIFA? Cameroon, an African team made this headline initially in the 1990’s opening match against the same losing team, Argentina. What a coincidence isnt it?