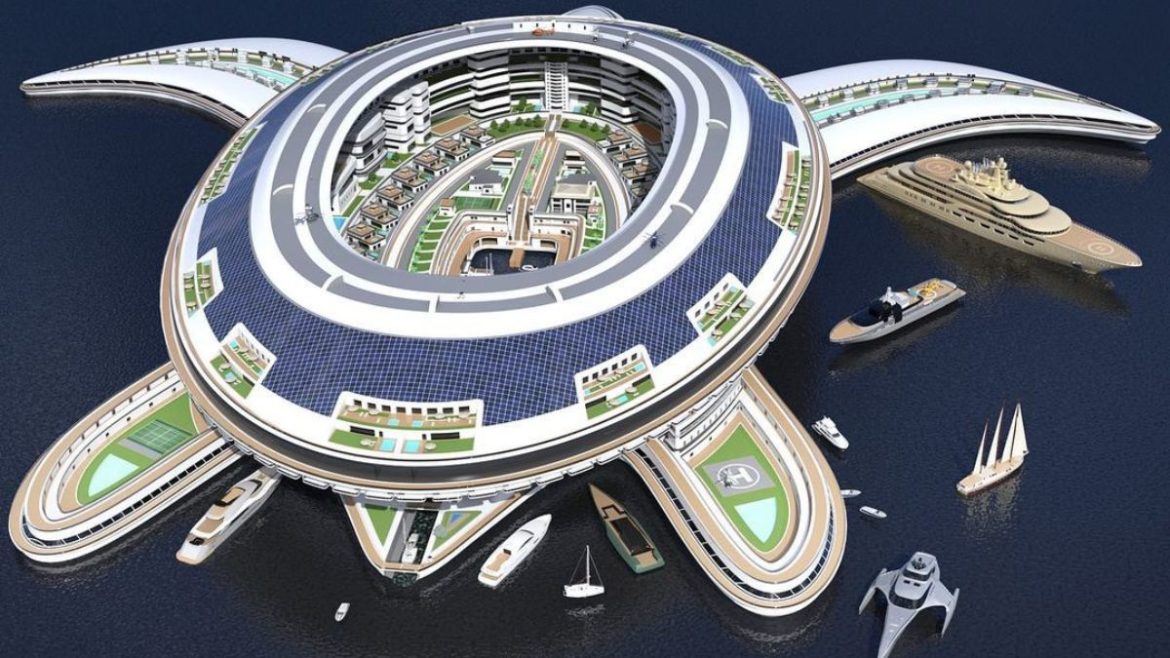 Listening to miraculous structures in the Middle East is no new story for us. Finding island cities, skyscrapers and much more in Dubai is a common phenomenon. But Saudi Arabia is here to give tough to these establishments. A turtle-shaped terayacht, Pangeos can become the world’s largest floating city soon to be found in Saudi Waters. Quite intriguing right? Check the deets here!

Pangeos, a floating metropolis in the shape of a turtle, may one day arrive in Saudi Arabia. A massive beneath the water feeling is approaching, so be ready for the grandeur.

The 60,000-person capacity $5 billion “terayacht” will become the greatest floating edifice being constructed.
The architect behind the construction of the enormous edifice is Lazzarini. This opulent yacht’s construction will cost over $8 billion.

What To Expect Inside Pangeos?

The space would be 610 metres (2,000 feet) broad and 550 metres (1,800 feet) in length. To transport passengers in grandeur, the yacht will feature docks for smaller vessels and planes as well as room for hotels, shopping complexes, parks, and other amenities. Given that it looks like a tera-turtle, the flair will be present. You can make use of the rooftop garden.

Additionally, it will include an overhead turtle shell area that will be used as a helipad for flying vehicles to land. Certainly, the future has arrived.

Before construction could start, about one square kilometre of seawater would have to be dug, and a spherical dam would have to be built. The optimum site has been identified by the architects as an area near King Abdullah Port, located 81 miles north of Jeddah.

The terayacht Pangeos gets its name from the old city of Pangea. Do you think Pangeos will become the largest yacht the world has ever seen?