Antarctica’s Snow Is Turning Green,…
5 Deadliest Monsoon Treks I…
Planning To Move To Abu…
This Hillstation In The Western…

Antarctica’s Snow Is Turning Green, All Thanks To Climate Change! 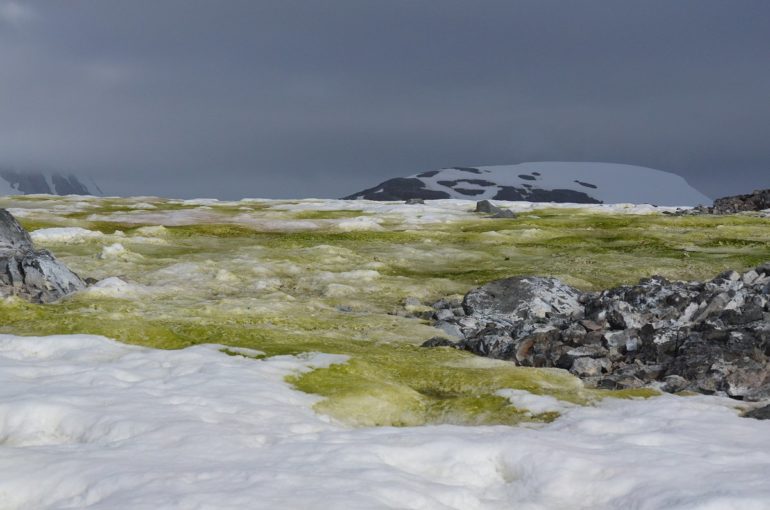 When you think of Antarctica, your mind normally conjures up images of an otherworldly space, with vast glaciers of white, tethering penguins and lazy seals. However, parts of the frozen continent are turning green, all thanks to climate change and massive algal blooms.

According to a new research published in the journal Nature Communications, warming temperatures and melting snow in the continent are helping in the formation of algal blooms (rapid increase or accumulation in the population of algae), which are expanding at a high rate, thereby turning many areas ‘green’. In fact, the phenomenon is becoming so prolific in some places that it is even visible from space.

However, this is not a new phenomenon. Researchers from the University of Cambridge and the British Antarctic Survey have spent almost 6 years detecting and measuring these green snow algae using satellite imagery and on-ground observations. And now they have identified more than 1,600 separate green algae blooms on the snow across the region. These are said to occupy a combined surface area of 1.9 square kilometres. While this seems like a small number on a global scale, because Antarctica has a small amount of plant life, this amount of biomass becomes highly significant.

According to the researchers, majority of the algal blooms were found within 5 km of a penguin colony, which makes sense because the birds’ excreta makes for an excellent fertilizer for the algae.

Also Read: Antarctica Is The Only Continent In The World That Hasn’t Reported Even A Single Coronavirus Case

As per the observations, almost two-thirds of the green algal blooms were found on small, low-lying islands around the peninsula. These same areas have reportedly experienced the continent’s most intense heating.

Researchers say that these algae act as carbon sinks and absorb levels of CO2 equivalent to 875,000 average car journeys. These algae can also reportedly change the albedo of the snow, which is the sun’s heat-reflecting capacity. While white snow reflects 80% of radiation that hits it, green snow only reflects upto 45%, which is worrying and adds to the fear of climate change.

However, green is not the only splash of color here. Previously, The Snow In Antarctica Had Turned From Pure White To A Bloody Red, which was again due to an algae. The researchers are now planning to conduct similar studies on how the presence of these colorful forms can change the albedo quality of the snow and thereby influence climate change.