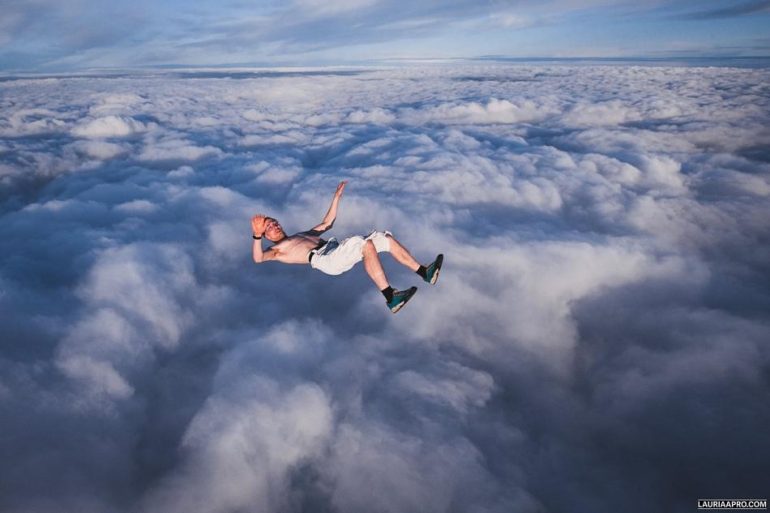 What’s the craziest thing you have ever done in your life? Whatever it is, I am sure it is not even close to a parachute-less jump from a hot air balloon looming above the horizon at 13,000 ft. Here is the story of a man named Antti Pendikainen, who jumped without a parachute and lived to tell the tale.

Introducing Antti Pendikainen, an actor and a stuntman from Finland, a member of the StuntFreaks team. Strangely the internet had not even heard about him until he decided to jump out of a hot air balloon without a parachute.

Skydiving is an extremely risky sport and many skydiving experts have died in their pursuit of gaining immortality, even with all their safety protocols intact. But some people are crazy – or stupid – enough to try something that nobody in the world has ever tried.

Apparently, Mr. Pendikainen is one of the crazy (stupid) ones. He woke up the morning of the jump and randomly decided that “I shall not be wearing a parachute today when I jump off the hot air balloon looming at 13,000 ft. above sea level.” And he didn’t as you will see.

Ever heard of adrenaline rush? It’s a simple reaction to the possibility of the thrill associated and the uncertainty of its outcome – leading either to death or virtual immortality. It could have easily gone wrong and he could have perished without even someone knowing his name. Being a stuntman, these guys are born to get a kick out of these kind of dangers in everyday life.

Another reason could be to strengthen his resume as a stuntman. Now the entire world knows him. Hollywood aspirations maybe?