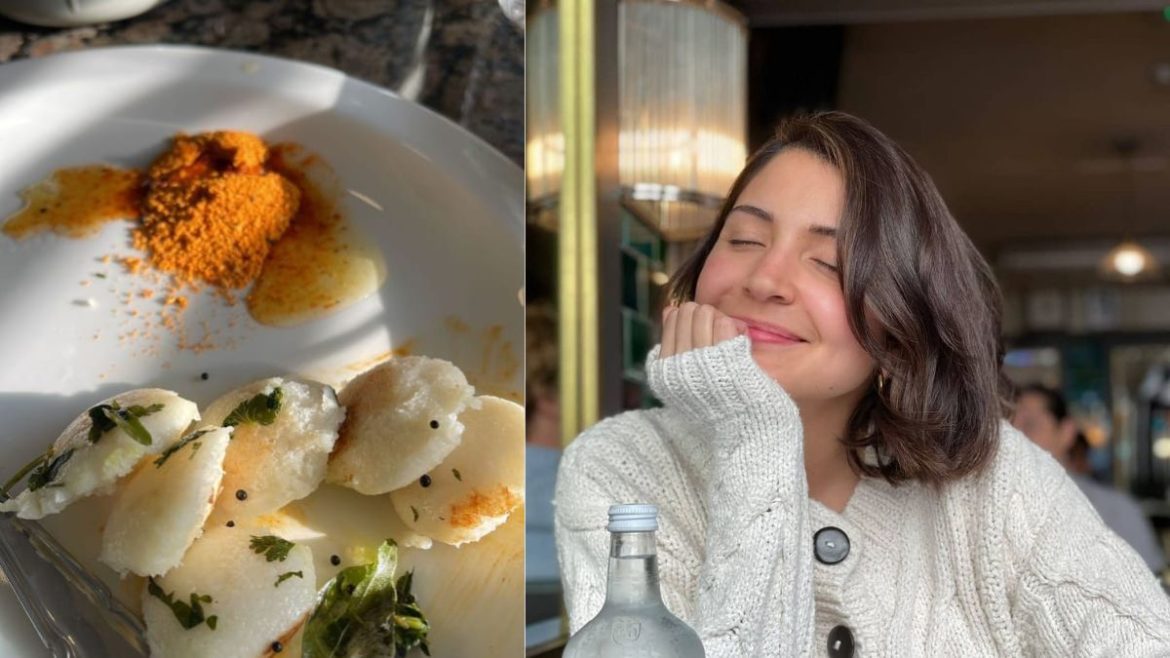 Anushka Sharma often shares her food tales with her fans on Instagram. And as long as we keep track of her posts, the desi Indian dishes are always on top. She is currently busy in the UK shooting for her next movie, Chakda Express. Since then, she’s been sharing her gastronomic adventures on social media.

On Wednesday, among the plethora of stories shared by her, what caught our attention was a delicious South Indian spread. Anushka was relishing podi idlis for breakfast. The plate had some idlis garnished with coriander and curry leaves, along with some sukhi chutney and ghee. 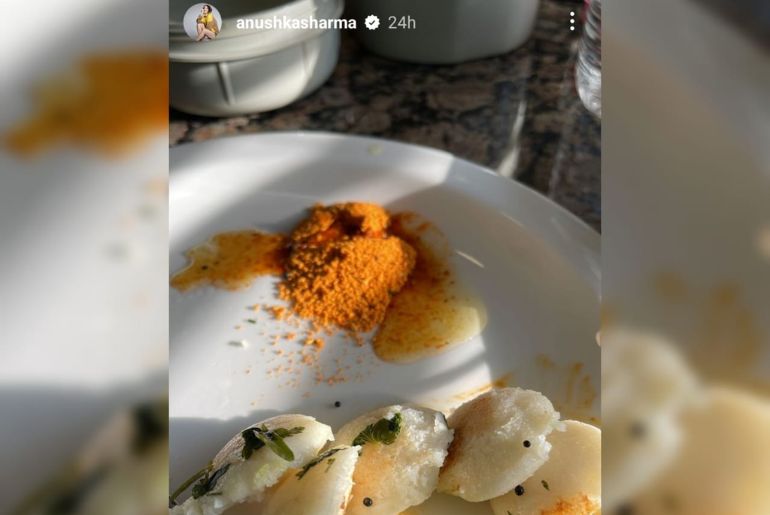 For those of you who don’t know what podi idlis are, it is another popular South Indian breakfast. Steamed lentil cake paired up with traditional spice powder is known as podi.

Also read: This Indian restaurant in London is favorited by Virat Kohli and Anushka Sharma

Anushka Sharma Likes Podi Idli And You’ll Love It Too!

Indeed, Anushka Sharma’s story of podi idli had us drooling. Well, if you’re also craving some podi idlis, we got some recipes for the same. Check them out and relish the authentic South Indian-style dish at home.

Hema Subramanian brings an authentic South Indian-style podi idli recipe. Also, check out the recipe of the gunpowder which goes best with these idlis.

Check out this quick yet delicious recipe of Podi idli shared by Hebbars Kitchen.

Varun Inamdar brings the recipe for milgai podi. Milgai podi is basically the traditional gunpowder. You can keep the spice level of this delicacy according to your tolerance levels.

Let us know in the comments section below if you liked the dish!