Arvind Kejriwal Relishes Dinner At Auto Driver’s House In Punjab; Invites Him To His Delhi Home 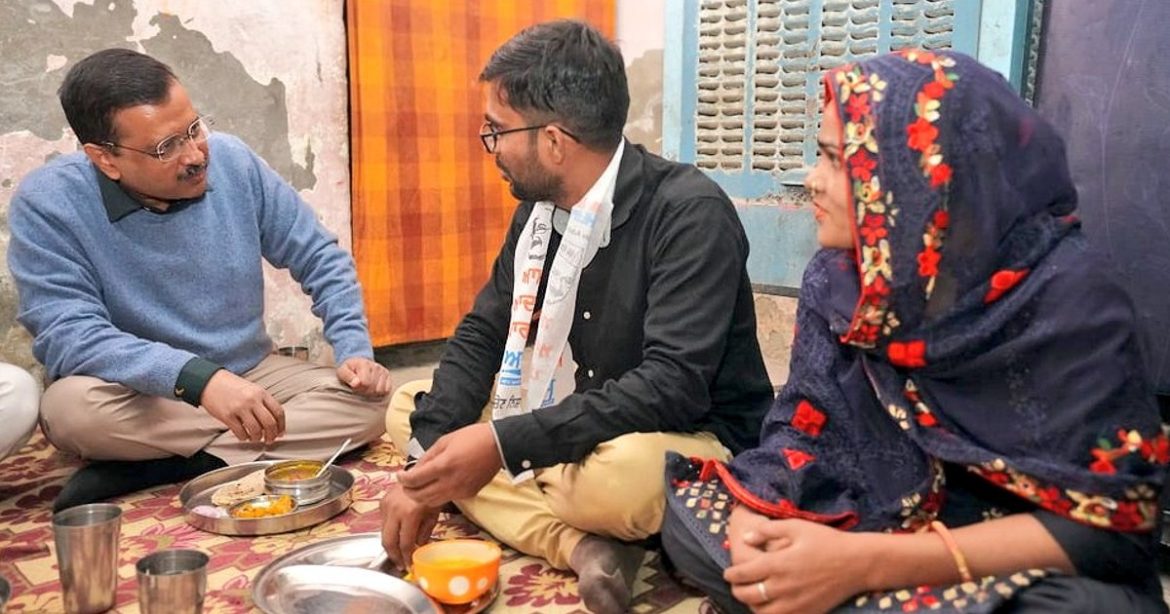 In a mission to bag support for Aam Aadmi Party( AAP), Delhi Chief Minister Arvind Kejriwal has been visiting several places in Punjab. Recently, an auto-rickshaw driver in Punjab’s Ludhiana named Dilip Tiwari invited him for dinner. On a humble note, Kejriwal accepted his invite. Not only did he relish the dinner at Dilip’s place, but also invited him to his Delhi home. Kejriwal wrote in a Tweet, “Dilip Tiwari invited us with all his heart to his house for dinner today. His family gave us so much love. The food was very tasty. I have invited his entire family to eat a meal at my home in Delhi.”

Kejriwal Was Touched By The Auto Driver’s Invite

Kejriwal met a large group of auto-rickshaw drivers in a Ludhiana campaign. According to a Hindustan Times report, to invite Kejriwal, Tiwari had said, “I am a big fan of yours. I am an auto-wallah. Sir, you help auto drivers a lot. Sir, will you come for a meal to this poor auto wallahs home?” He added that he is inviting him ‘dil se’ ( from the heart). Kejriwal instantly accepted his invite. After accepting the invitation, Kejriwal tweeted, “I was so touched when an auto driver invited me for dinner to his house. We will certainly go there for dinner tonight.”

Kejriwal Rode To Dilip’s Home In His Auto

After receiving the invite, Kejriwal asked if Bhagwant Mann and Harpal Singh Cheema could accompany him. At the end of the campaign, the three of them boarded Dilip’s auto and headed to his home for dinner. Kejriwal was enthralled by the beautiful gesture of Dilip. Also, addressing the auto drivers of Punjab in the Auto Samwad campaign, Kejriwal said that auto and taxi drivers in Delhi consider him as their brother due to ‘unparalleled work’ done by the government. He urged the auto-drivers of Punjab to make him their brother too so that he gets the opportunity to solve their problems like a brother. Earlier, a 28-Year-Old Man Had Walked From Srinagar To Delhi Covering 815 Km To Meet PM Modi.