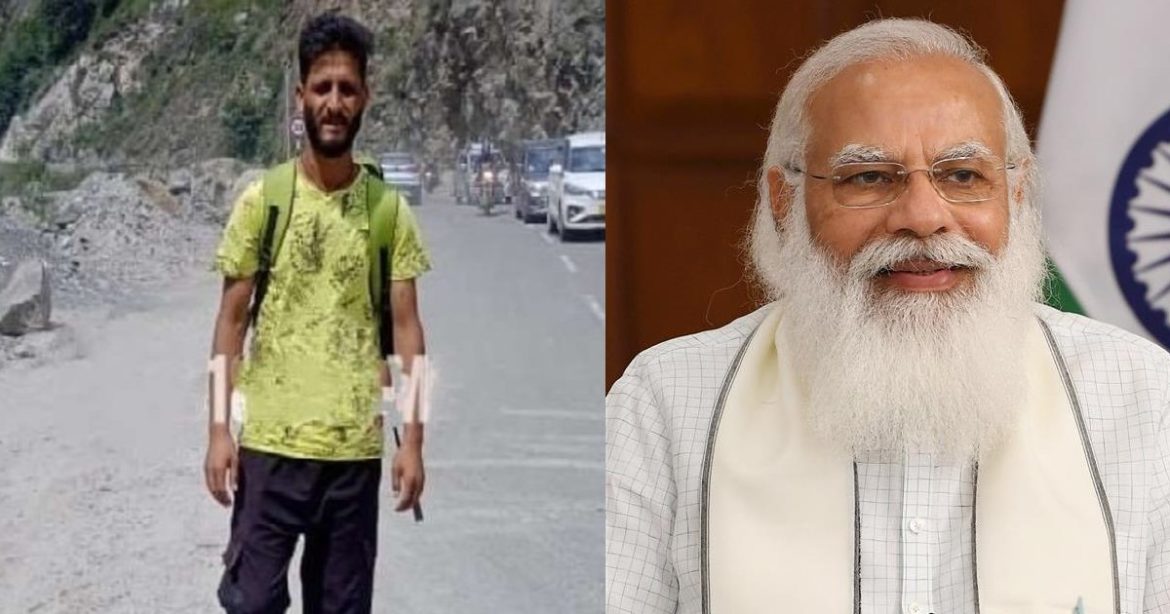 A 28-year-old electrician from Jammu and Kashmir, Fahim Nazir Shah, has been walking on foot from Srinagar to Delhi hoping to meet the honourable Prime Minister of India, Shri Narendra Modi. He will cover around 815 kilometres to meet PM Modi. He has already covered over 200 kilometres and has reached Jammu’s Udhampur on August 22. According to a Hindustan Times report, Shah said that he is a big fan of PM Modi and also added that meeting Modi is a ‘cherished dream’ for him.

Shah Had Made Attempts Earlier To Meet PM Modi

Shah said that PM Modi was delivering a speech at a rally once, and he paused suddenly on hearing the azaan. He said that the PM’s gesture had astonished the public and touched his heart too. Earlier also Shah had made many attempts to meet PM Modi in Delhi. At the time of PM Modi’s last visit to Kashmir, Shah was prohibited by the security personnel from meeting him. But this time Shah is optimistic to meet the PM. Pune Man Spends ₹1.6 Lakh To Build Temple For PM Modi; Sources Red Marble & Bust From Jaipur

When asked about the change of Jammu & Kashmir after its special status from state to Union Territory, Shah said, “There is a change in the situation, the development activities are taking place at a good pace and the Union Territory is marching forward.” He plans to talk to the PM about the issues faced by educated and unemployed youths and also the development of the industrial sector in Jammu & Kashmir.