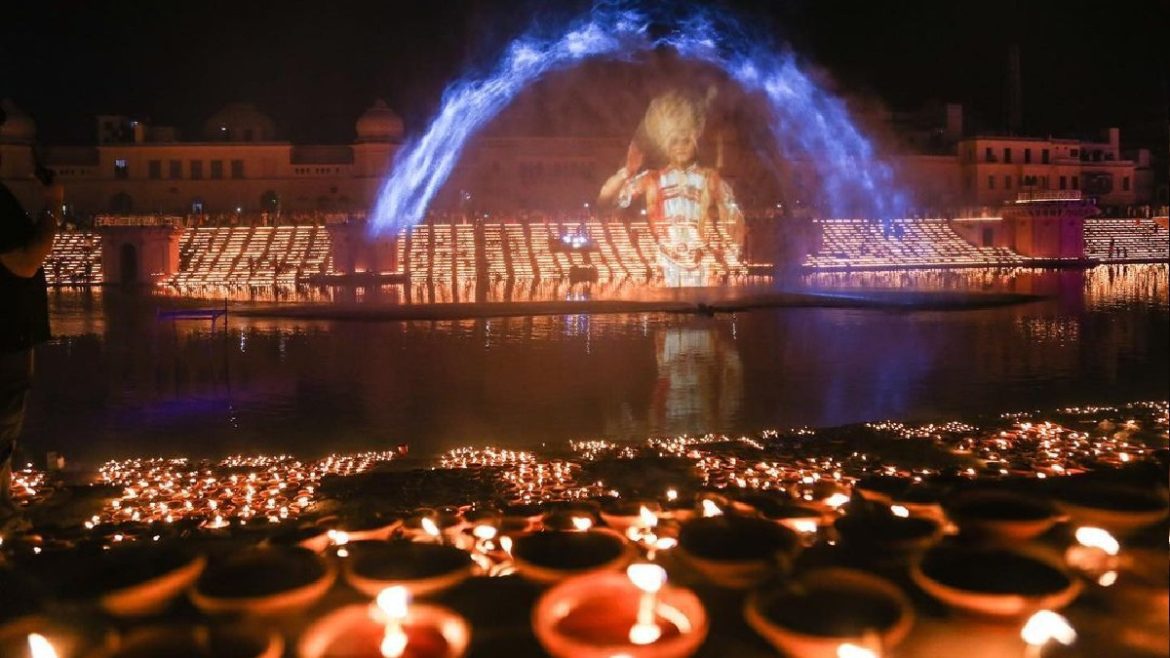 Like every year, Ayodhya Deepotsav 2022 is aiming to break its own world record. In 2021, the event had created a Guinness World Record by lighting up over 9 lakh diyas or earthen lamps. And now, with more than 15 lakh diyas, it is aspiring to surpass its own record. This year marks Ayodhya’s sixth Deepotsav.

Ayodhya is all set to wear a mesmerising look this Diwali with nearly 18 lakh diyas lit together. Over 20,000 volunteers will take part in lighting up over 15 lakh diyas at Ram ki Paidi ghat. The remaining diyas will be positioned at other prominent locations. Besides the diyas, the grand event will feature a musical laser light show, five animated tableaus and eleven Ramleela tableaus displaying the varied dance forms from different corners of India. Also, around 15 gates at the event will resemble the Tretayuga architecture. The Tretayuga is considered to be the second-best yuga ( age of time), among the four yugas of the Yuga cycle.

There Will Be Graphics Depicting Tales From Ramayana

Ayodhya Deepotsav 2022 will not only be a visual treat but will also offer a highly immersive spiritual experience with graphics displaying tales from Ramayana. Also, there will be a selfie zone at Ram ki Paidi, near the idols of Lord Ram, Laxman and Sita. Thus, kids attending the event can get mythologically enriched too. At around 4:55 PM on October 23, PM Modi will perform puja of Ram Lalla and then make way to the site of Ram Janmabhoomi Teerth Kshetra. At around 6:40 PM, he will reach the Deepotsav ground.

Also Read: Mahakal Lok: A Sneak Peek Into The Extended Part Of Mahakaleshwar

Are you attending the Ayodhya Deepotsav this year? Happy Diwali to you and your family!