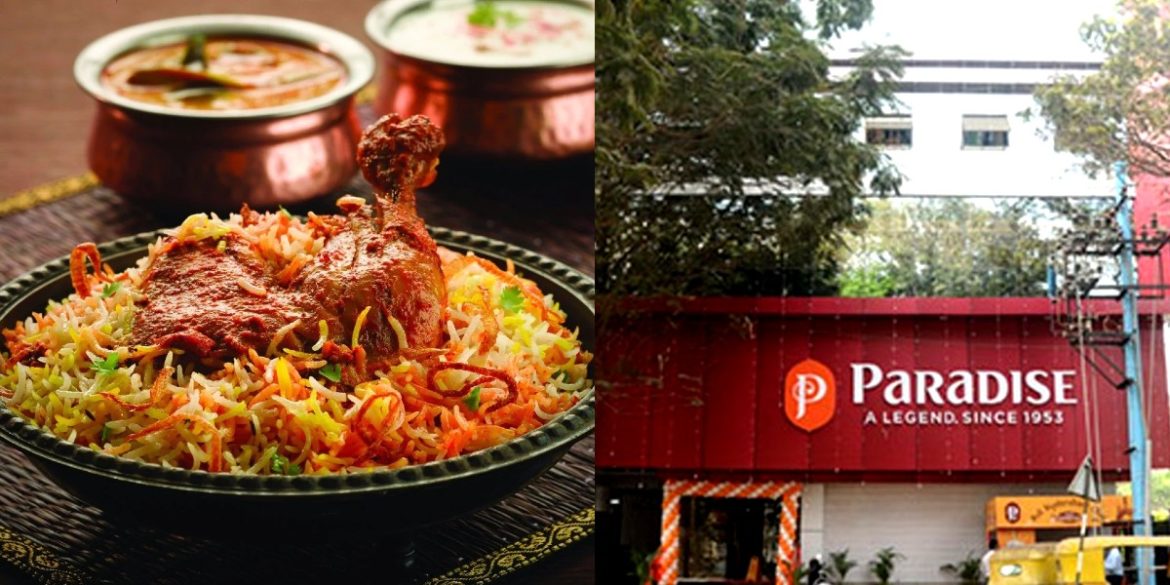 Biryani! This isn’t a word, dish, or food, it’s a feeling in itself. Prepared with tender meat, aromatic rice and heavenly spices, biryani is a meal that we love to enjoy with our friends, family and loved ones. A one-pot meal that goes great with Netflix or to just bring everyone together. To elaichi, or not to elaichi in your biryani can be a debatable question, but just knowing that the biryani will always be the most ordered dish in India, is enough to rest one’s case on why it’s one of the best dishes in the world. So Bangaloreans, here are the 7 best places in the hood to enjoy lip-smacking biryani with your squad.

With multiple outlets across the city, Biriyani Zone is undoubtedly one of the best places to have biryani in Bangalore. You can get a variety of biryani options like a traditional, family pack and special biryani. Hyderabadi Chicken Dum Biriyani, Mutton Kheema Biriyani and Paneer Biriyani are some of the dishes you must devour here. The rice is fragrant mixed with succulent meat and aromatic spices. It exuberates traditional flavours that will transport you to the lanes of Hyderabad. 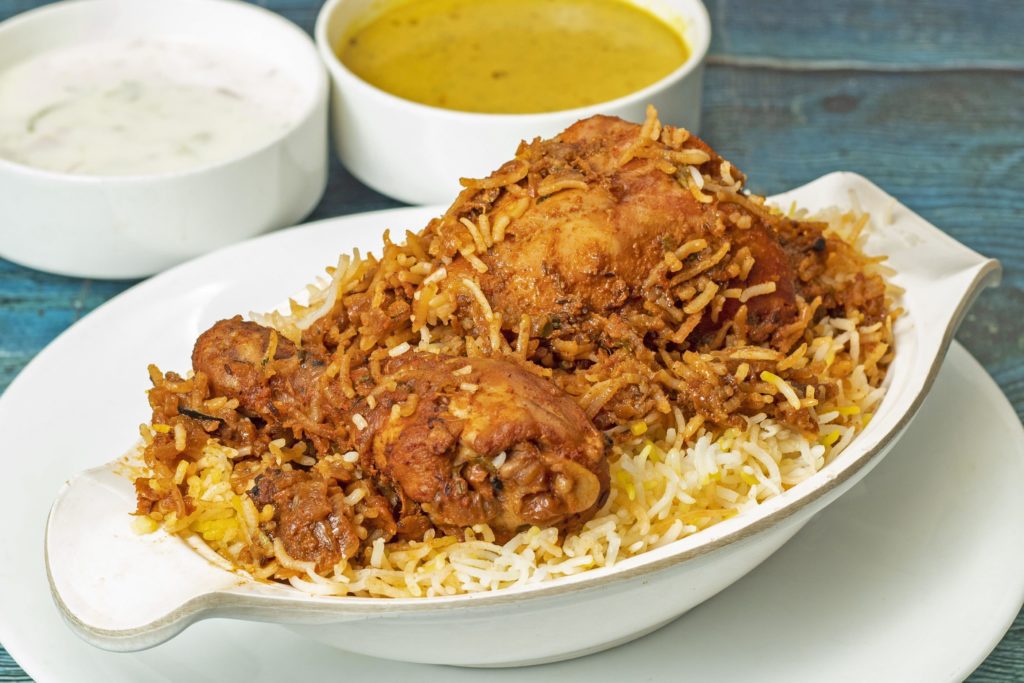 Also Read: 6 Non-Vegetarian Dishes From Kerala That Every Meat Lover Will Thoroughly Love

While you’ve tasted Hyderabadi and Lucknowi biryani, Thalassery biryani must definitely be on your foodie list. A celebrated part of Malabari cuisine, this is a famous dish from North Kerala. If you want a biryani that’s slightly milder to your palate yet as nourishing as your usual biryanis, then do try out the Thalassery biryani. This dish is made from short-grained Khaima rice, oodles of ghee, cashew nuts, raisins, onions, and spices like cloves and cinnamon. Thalassery biryani is delicious and you’d be thankful once you give this a shot. 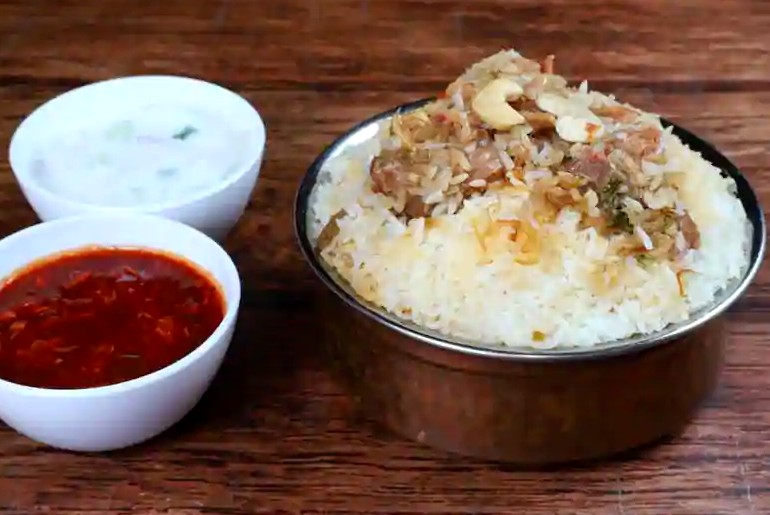 First started in 1965 in the district of Dindugal in Tamil Nadu, Dindugal Thalappakkatti went on to become Chennai’s beloved biryani joint. And now, Bangalore isn’t spared from its sumptuous flavours either. With multiple joints across ooru, this small-grained, spicy biryani with succulent meat, is a unique biryani that will make you salivate. Apart from their famous chicken and mutton biryani, do try the flavoursome chicken pepper fry here too. 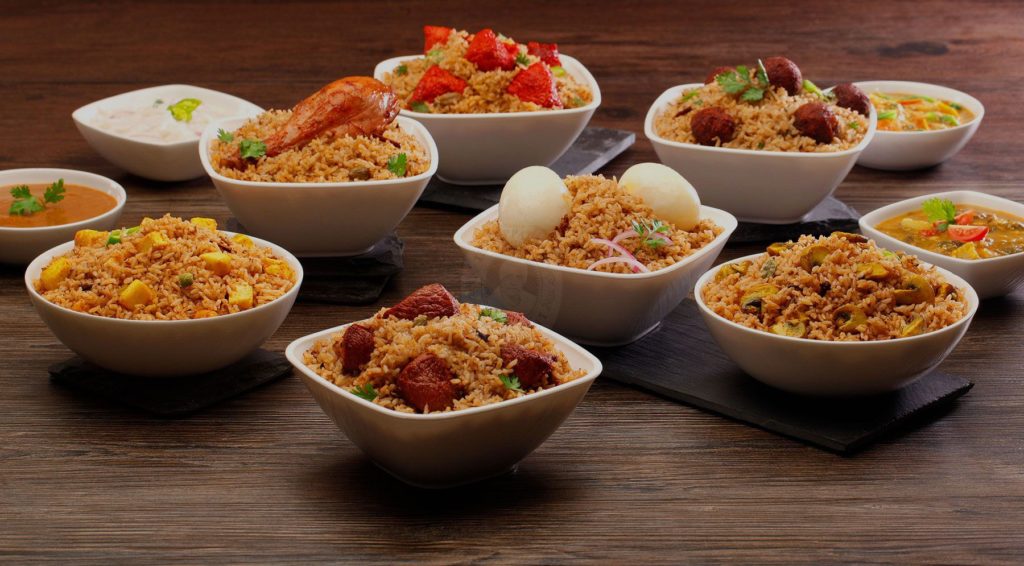 4. The Alibaba Cafe and Restaurant

The sweet, spicy, flavoursome, Lucknowi biryani spiced with cardamom, caramelised onions and mouth-watering meat have a lot of ardent fans. If you too are a die-hard fan of Lucknowi biryani, then Bangalore’s Alibaba cafe and restaurant in Frazer town is your abode. Savour their iconic Bhatkal Biryani cooked in a rich onion and tomato gravy, loaded with meat and layers of rice. This is a delicacy of the Nawayath community of the city. 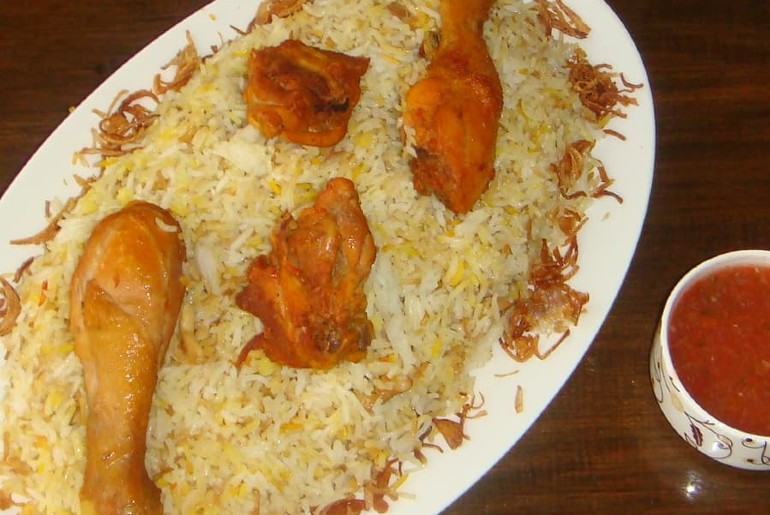 As cheesy as it sounds, Paradise Biryani in Bangalore offers you a biryani that’s nothing less than visiting paradise and back. Serving one of the best Hyderabadi biryani dishes in town, this restaurant also gives you the flavour laden Mirchi Ka Salan, Mutton Seekh Kebab and Kalmi Kebab, leaving you asking for more. The biryani is spicy, decadent and gives you oodles of spices in just a mouthful. The ambience is welcoming and the biryani is ambrosial. 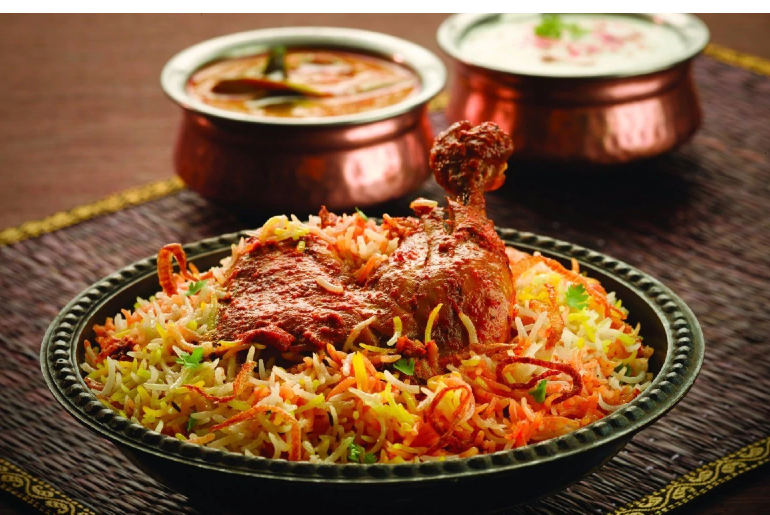 Get an opportunity to eat what the royals of Lucknow did, with the Lucknowi Biryani served in Lucknowiz. Chunks of meat and rice are partially cooked and then shifted to a sealed pot to be slow-cooked under a simmering fire. The Lucknowi biryani is fragrant, rich and nothing short of royalty. Enjoy this dish with sides of Afghani Chicken and Shami Kebab, and you’d never need anything more. 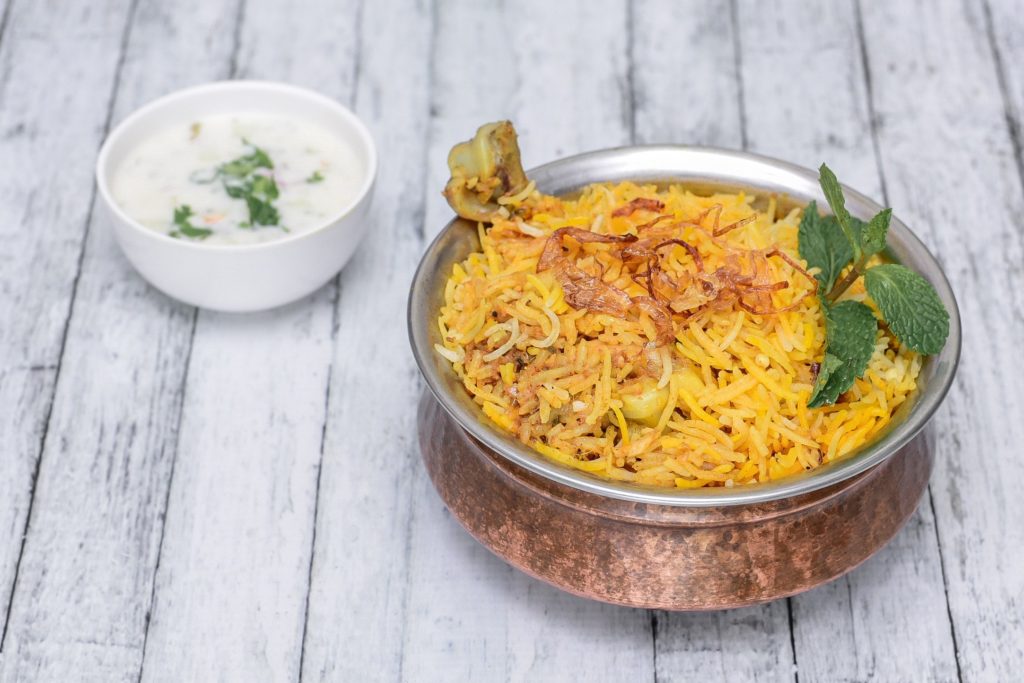 Did you ever have a biryani prepared by a former wrestler? Well, in Bangalore you definitely can at Ranganna Military Hotel. This 57-year-old restaurant serves you Nati ( country chicken) style biryani that’s mild in spices yet peppery in taste. Served in areca palm cups, this biryani is slow-cooked with small-grained rice. The meat is tender, the rice is aromatic thanks to the sumptuous spices and it will leave you with a nourishing feeling.

So, biryani lovers, these are the 7 best biryani restaurants in Bangalore you must visit to tuck into your all-time favourite dish. Apart from the biryani you can also get delicious kebabs, non veg curries and traditional dishes that will leave you asking for more.

5 Beaches In India That Glow In The...