Bhuvan Bam: I Wish To…
Aditya Roy Kapur: At One…
Driving Through South Goa’s Hidden…
Top 5 Unique Dishes You…

Bhuvan Bam: I Wish To Settle In Dharamshala After 40 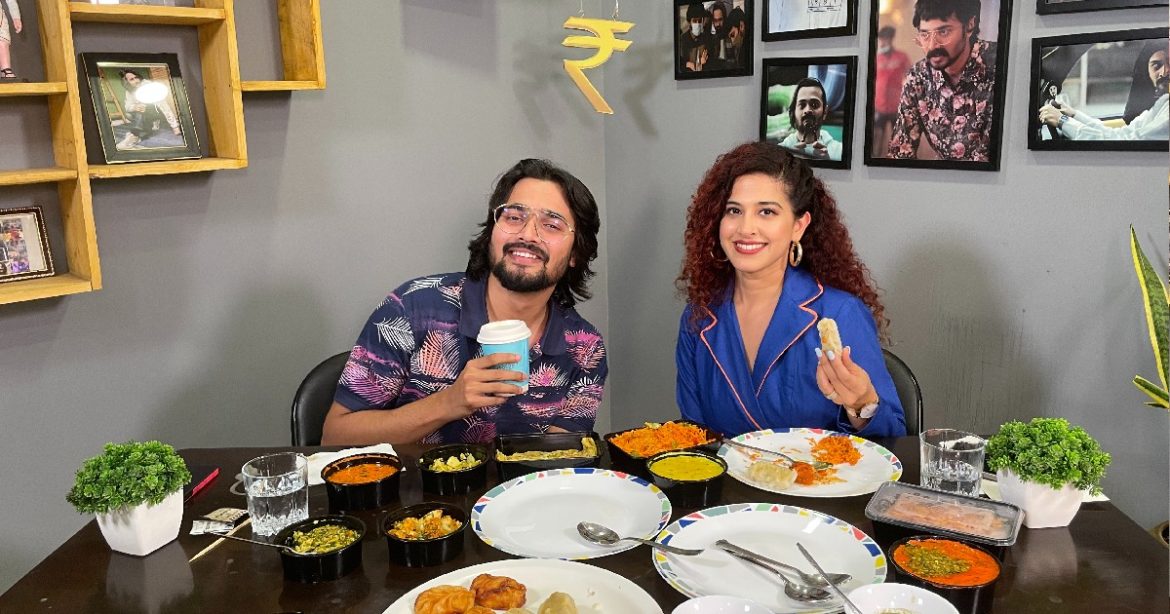 He, who started his journey with just ₹5000/month by singing in a Mughal restaurant in Delhi, used to make videos secret on the roof. And today, he rules the YouTube community and inspires thousands of youth to take up YouTubing as a career. As you may have already guessed, we are talking about the internationally acclaimed, legit YouTube sensation Bhuvan Bam. Bhuvan, who rose to fame with his trendsetting content on YouTube channel, BB ki vines, recently made headlines for his performance in TV Series Dhindora, where he played multiple roles revolving around everyday life. In a candid conversation with our CTO Kamiya Jani, Bhuvan talked about his struggles, success, likes, dislikes and much more.

Bhuvan Chose A Dish For Every Character Of Dhindora

The drawing room of Bhuvan is the epitome of his success with pictures of roles played by him and prestigious awards. But despite earning fame, Bhuvan is still as down-to-earth as the next door guy. Coming to his food choices, Bhuvan is a fan of egg dishes. So, Kamiya decided to have the Sunday Brunch with him with the best of egg dishes. A variety of momos and different types of egg dishes like lasuni boiled egg, peri peri boiled egg and more were ordered for the brunch from Mumbai’s Ministry of Eggs. Bhuvan loved momos from Prem momos in Delhi, but when he was given to choose between momos and paratha, he picked up paratha. Also, he prefers tangri Karhai chicken over butter chicken. In the Eat-O-Meter quiz, Bhuvan assigned a food item to every character of his Dhindora series. He chose mutton biryani for Titu Mama, Chilli Chicken for Sameer, peri peri fries for Banchoddas, pineapple pizza for Hola and dalia for Angry Master Ji.

Bhuvan said that one thing that he misses about Delhi in Mumbai is visiting Majnu Ka Tilla. Majnu ka Tilla is a Tibetian colony in Delhi that Bhuvan used to visit every 15-20 days. He also revealed that the Kachori corner opposite to New Delhi’s Bhagat Singh College was his go-to place during college days. His favourite 3 AM meal is cold coffee with salami. The food innovation that he hates is chocolate Nutella momo. The drink that Bhuvan ordered most in 2021 was hazelnut latte. Malai tikka was his most ordered snack. When asked about what was Bhuvan’s favourite dish that her mom cooked, he said that it was puranpoli.

Moving On From A Tragedy By Keeping Busy In Work

During the harrowing second wave of COVID-19, Bhuvan lost both his parents. Speaking to Curly Tales, Bhuvan said that he tackled with the situation by keeping himself busy in work. As 150-200 people had been working on the Dhindora project. He wanted to prioritise their hard work and future prospects before his personal tragedy. On a lighter side, he narrated a hilarious incident where he had to jump from a plane twice and read the top ten news of the year for a shoot.

Bhuvan Had Expressed His Wish To Settle In Dharamshala After 40

When asked about his aim in life, Bhuvan had a surprisingly simple answer. He said that he wants to attain peace of mind.. Earlier, Bhuvan had even expressed his wish to go and settle in Dharamshala after his retirement in 40. He said that when visiting the mountains, one should travel alone, or at most with one of two friends. Wrapping up the conversation with some golden words, Bhuvan said, “It is important to be in the right place at the right time. When opportunity comes, grab it. It won’t come another time.”