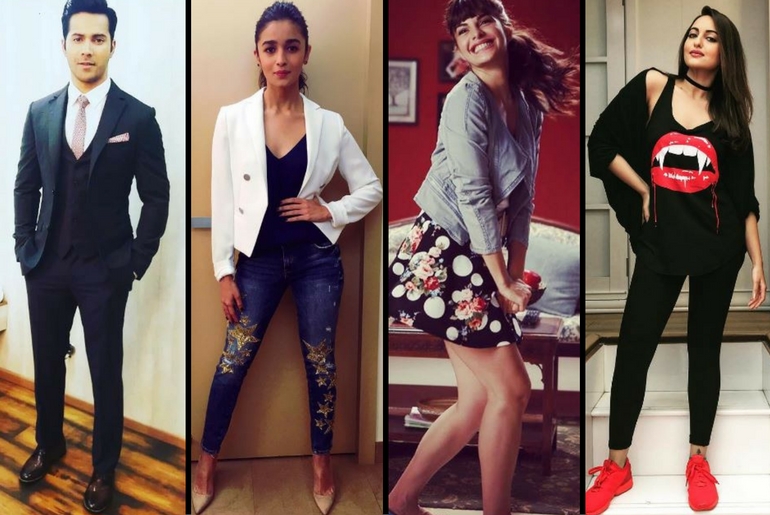 STATUE! Did it take you back to those good ol’ days? Well, it instantly refreshed my childhood memories. But never in my wildest imagination did I envisage it to be such a huge global trend.

Well, I’m sure by now everyone is aware that I am talking about this new crazy addiction called the Mannequin Challenge. For all those unaware, it is a viral internet video trend where people recorded themselves frozen in action while a video with the song Black Beatles is playing in the background.

As a matter of fact, it started with Hollywood celebrities posting videos of themselves taking up this challenge. Likewise, our Bollywood followed their footsteps and soon made it viral back home. From Varun Dhawan starting with the trend on Children’s Day followed by many more Bollywood celebrities. Check it yourself.

1. Varun Dhawan & The Little Ones Ace The Mannequin Challenge

On children's day did the #mannequin challenge with over 100 children. Okay one child moved

2. Jacqueline And Her Team Took The Challenge Very Seriously WATCH!

3. Alia Bhatt took the challenge as well and slayed it while she was at it!

4. Sonakshi and John Nailed Froze Time On The Sets of Force 2

Taking the #mannequinchallenge #Force2 style at the @city1016 office yesterday in dubai!!!! This was SO cool! Thank you guys we had a blaaaaast!!! @thejohnabraham #force2promotions #dubai #action

Were you inspired to take up the Mannequin Challenge right away? In either case, get ready, shoot and share the best of your’s with us. 🙂