Burj Khalifa Was Lit Up With Avengers Heroes 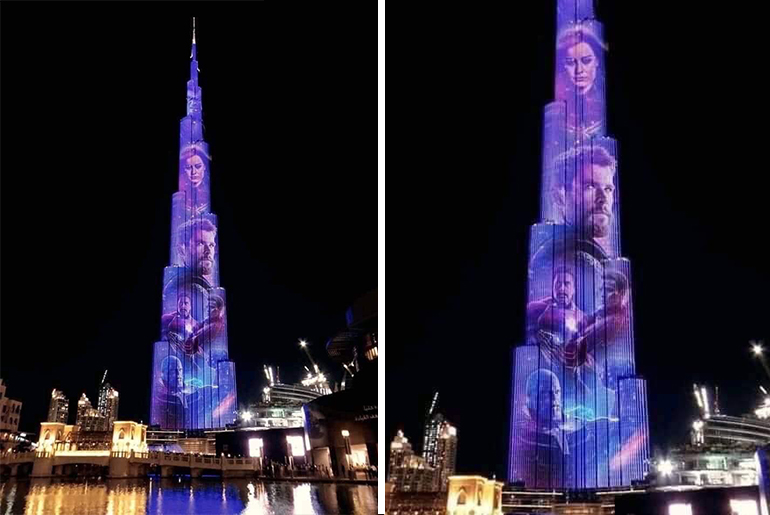 Burj Khalifa was recently lit up with a tribute to the Avengers and it looks like the worlds called building is as excited as we are.

The marvel universe created by Stan Lee created one of the epic superhero movies of all time Avengers. The final part of Avengers is all set to release on 24th April 2019 and people around the globe are super excited for the same. The final part is set to be the most anticipated part which is expected to be the longest avengers movie of a total duration of 3 hours. It’s so cool to see how the world tallest building is promoting the longest Avengers movie characters. It will be interesting to see how Capt America and the Iron Man put their difference aside for the sake of saving the world and the rest of the Avengers.

Here’s another surprise from India’s favourite composer, AR Rahman that will have you at the edge of your seats! AR Rahman, the Oscar-winning Indian Music Composer has pitched a special song for the new Avenger film, Endgame. The song will be part of the movie release in India. The track shall be released on the 1st of April amidst many-baited breaths.