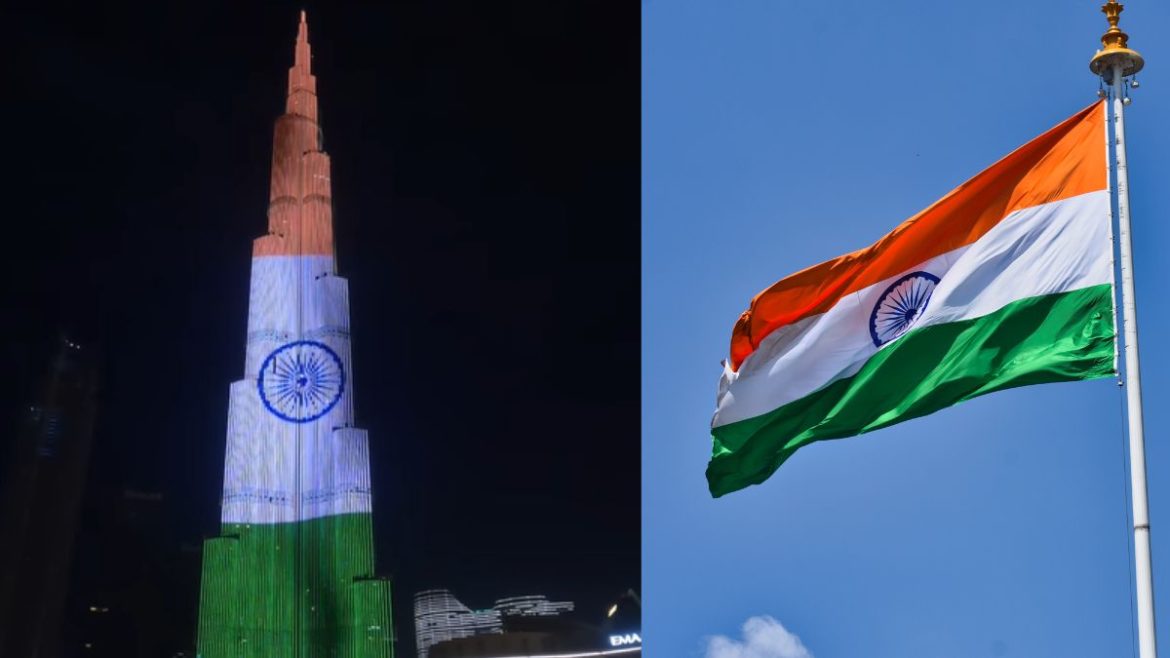 India marked the celebration of 75th Independence Day on Monday. And to honour this moment of the nation’s freedom from the British, Burj Khalifa was lit in tricolour. The tallest building in Dubai celebrated the 75th Independence Day of India, lighting up with the Indian Flag’s colours. The landmark observed a crowd gathering to catch a glimpse of this particular moment.

Burj Khalifa Lit Up In Tricolour

On Monday morning, many individuals showed up to commemorate India’s Independence Day at the consulate in Dubai. Many began queueing up as early as 6.30 am while holding the Indian Flag and donning the tricolour.

The #AzadiKaAmritMahotsav campaign was celebrated in India with pomp and show. And it was another beautiful experience to observe how the other countries also respected to commemorate the day.

Several thousands of Indian expats in the UAE endured the hazy, dusty climate to witness senior ambassadors hoist the tricolour of their country across seven emirates on Monday.

The leadership on both parts guides a quick and beneficial development in the mutual relations between India and the UAE.

Considering the significant accomplishments in India-UAE relations, both nations have mapped out the course to a future they can share. The Prime Minister tweeted his heartfelt appreciation for the Dubai patriotic flash mob.

All You Need To Know About UAE’s Job...

Travellers, You Can Pre-Book & Park Your Cars...