Captive Turtles Swims 37,000km From Africa To Australia To Travel Back Home After 20 Years How far would you go to reach your own home? The answer is always simple. Each one of us, no matter how far we go away, we always find the most comfort at the confines of our own home. After all, every home is a museum of our memory. But a home is not just for us humans, even animals yearn to go back to their own home when away. And this is one such incredible story. That is the story of a turtle which swam 37,000 km from South Africa to Australia to travel back to her home, after being captive for 20 years. A loggerhead turtle named Yoshi was held in captivity for over 20 years. Recently released from the Two Oceans Aquarium in Cape Town. After her release began an incredible story. Yoshi, the 180 kb turtle travelled 37,000 kilometres for 26 months since December 2017 to reach her nesting grounds to Australia. Throughout the journey, Yoshi maintained an average swimming distance of 48 kilometres per day. An IFS officer Parveen Kaswan shared this sweet post with the following caption, “Incredible journey of a loggerhead turtle to locate its home. This is Yoshi and she just travelled 37000 km from Africa to Australia probably to find nesting grounds. Also incredible to observe how these creatures move to such a length and why we need to protect nesting grounds.”

Turtles are known for going back to their nesting grounds. She swam for two years to reach its home. Once found damaged and soon learned to swim. Incredible story of a 180 KG turtle.

Reportedly, Yoshi the turtle only circled South Africa, Nambia, to name a few places,  in her initial phase, and she travelled to the coast for food last year. But she shifted her trajectory outside of Africa and currently, the turtle is merely 66km away from the Western Australian coast. Yoshi the turtle, was apparently captive for 20 years. She was found hurt when the trainers found her and helped her get well. Did you know Sea Turtles Were  Spotted On Mumbai Beach After 20-Year Absence? 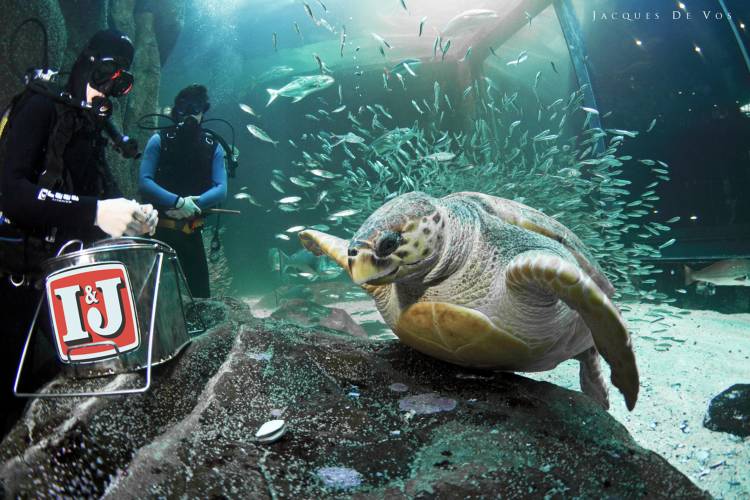 The turtle was fitted with a satellite tag and then released into the ocean, while researchers monitored her journey. They realised she was travelling back to her home where she once nested. Yoshi started her journey from 27 nautical miles south-west of Hout Bay in 20.6°C water. She travelled to the coast of Africa to Nambia and Angola and spent some time there. This marvellous story of Yoshi is not just a mere story, this is here for a reason, to remind us human beings to take care of mother earth and harmoniously live with the wonderful beings here.