Chai Maggi Is The Latest Dish To Disgust Netizens 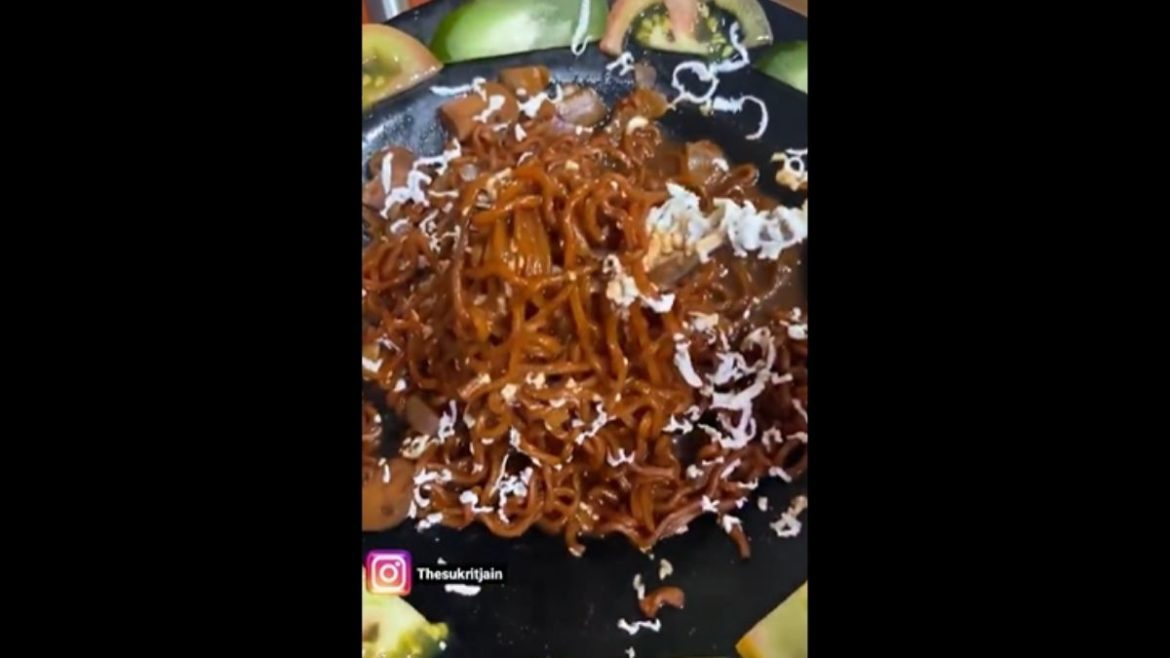 Maggi – the instant noodles that we so casually eat with our favourite veggies or cheese is undergoing some massive transformations. After we saw a combination of pastry and Maggi, there is another fusion which has left the netizens shocked and disgusted! Maggi and Chai! Yes, this food vendor has decided to mix India’s favourite beverage with Maggi to create Chai Maggi.

In a video shared by one Instagram account, the food vendor goes ahead to pour Chai on the pan first, and then adds Maggi masala along with noodles. After a proper stirring of the noodles, once ready, he serves the Maggi with a generous serving of cheese on top. Take a look at the full video here.

In Another News, This Desi Street Vendor Cooking Maggi In Coca Cola Is Giving Us Nightmares.

The video has had a wide reach with the caption ‘Maggi ke sath kya ho tum chai ke dewane ? Jab dono paet mae jaake aaise mix ho jaate hai to yehi taste aata hai.’ The caption also mentions the location as Agra, India where you can try this bizarre combination of Chai and Maggi. Instagram users did not seem very pleased with the concept and flooded the comment section.

‘The company should sue these kind of people for such pathetic experiments…. 🤮 🤢 🤮 🤢’

The comments surely say that the internet is not happy with such Maggi experiments and quite honestly, they would love to eat Maggi in the old school way! Having said that, have you ever tried combining Maggi with any of your favourite food? Let us know!