Chennai Couple Dive 60 Feet Underwater To Get Married In Style 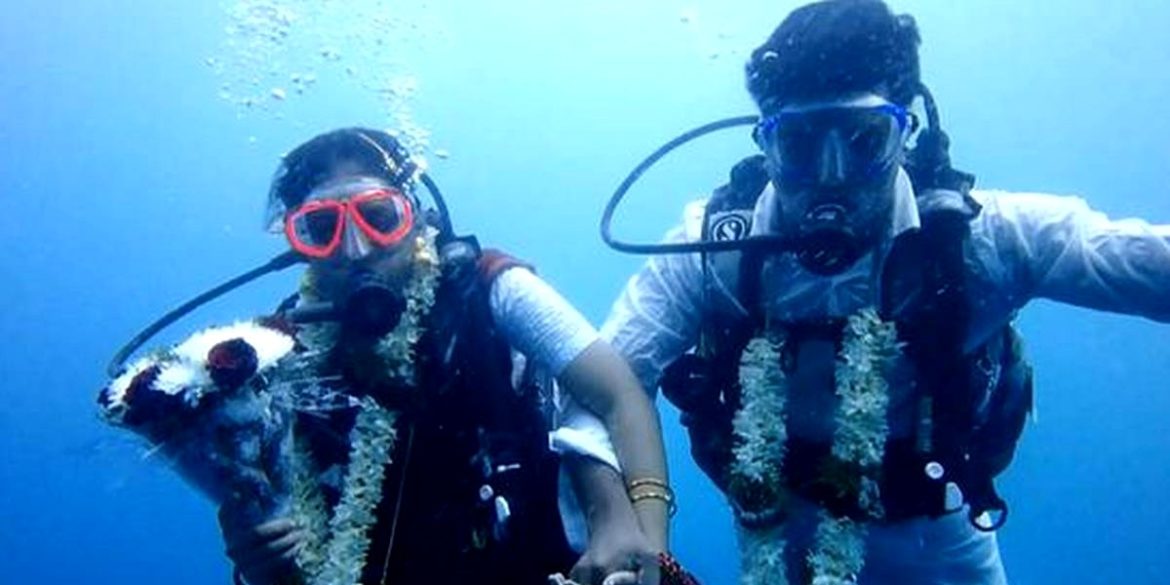 Forget destination weddings and virtual weddings, a couple from Chennai dived 60 feet underwater in traditional attire and got married amid the ever-enchanting marine life. V Chinnadurai and S Swetha tied the knot underwater off the coast of Neelankarai at the crack of dawn on February 1. The couple wanted to raise awareness on the importance of keeping water bodies free of plastic. Well, this unusual wedding has definitely set marriage goals for travel enthusiasts and water babies across India. Read on to know more.

A Chennai couple’s marriage wasn’t made in heaven but in the sea. V Chinnadurai and S Swetha literally went with the flow to get married on February 1, early morning. The couple dived 60 feet underwater to say “I do”. The groom, Chinnadurai is a software engineer and a licensed scuba diver. He stated to TOI, “It was a traditional marriage ceremony, only it was underwater. We dived in at an auspicious time in the morning and exchanged garlands and tied the thaali before 7.30 am as per instructions from our priest. ” 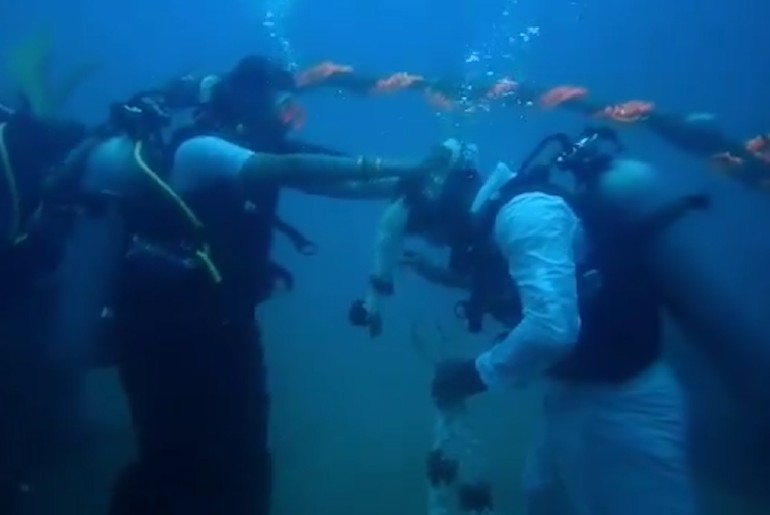 A Marriage Made Under The Sea

The bride Swetha, is also a software engineer. But she didn’t know scuba diving. Swetha took weeks of swimming and scuba diving lessons to prepare for her adventurous wedding. She was initially hesitant of this unique style of wedding, but her in-laws convinced her to give it a go. Swetha stated to TOI, “I was nervous and so were my parents, but we had eight divers with us. It was exciting too because we’ve been trying to tie the knot since last week. It was all in the hands of the sea.” And it literally was in the hands of the sea, as the couple didn’t fix a wedding date at all. In the morning of February 1, they received information that the waters were calm for a dive. The bride, groom, family and friends immediately rushed to get married. 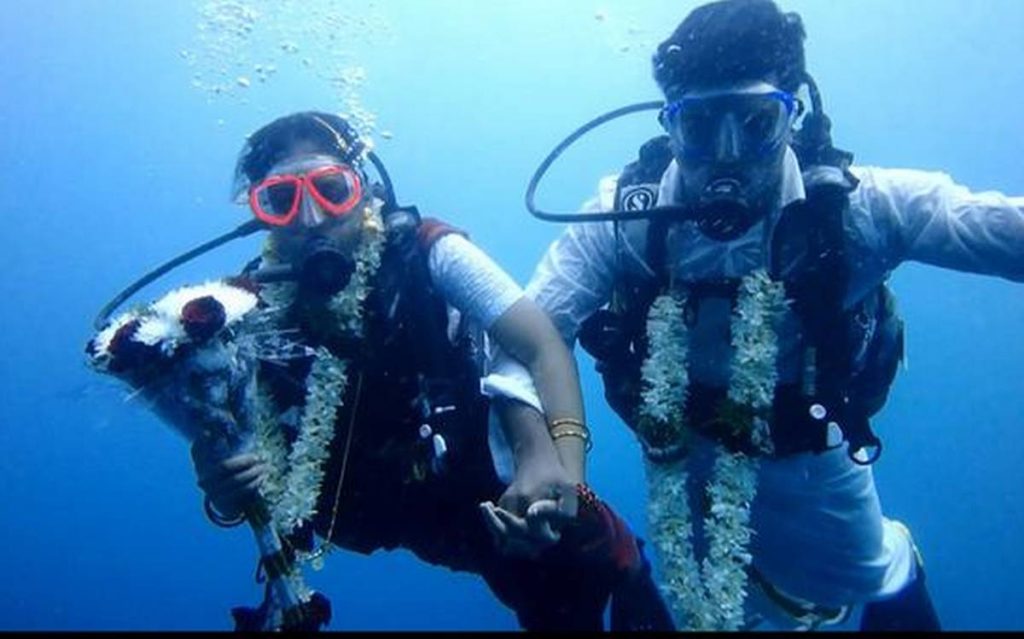 Chinnadurai and Swetha dived 60 feet deep into the waters of Neelankarai in their traditional outfits. Swetha wore a koorai saree and Chinnaduari wore a veshti. The wedding ceremony was videographer underwater. And the couple emerged out of the sea as newly married. Family members cheered and welcomed the couple on the seashore to complete the rest of the wedding nuptials. Since it was Swetha’s first-time scuba diving, she stated to The Hindu,  The first time that I went to the bottom of the sea, I saw live fish swimming by me. It was an experience of a lifetime. ” Temple Adventures helped the couple organise their unique underwater wedding ceremony.  If you’re an adventure enthusiast, here are crazy adventures you must try once in your lifetime.