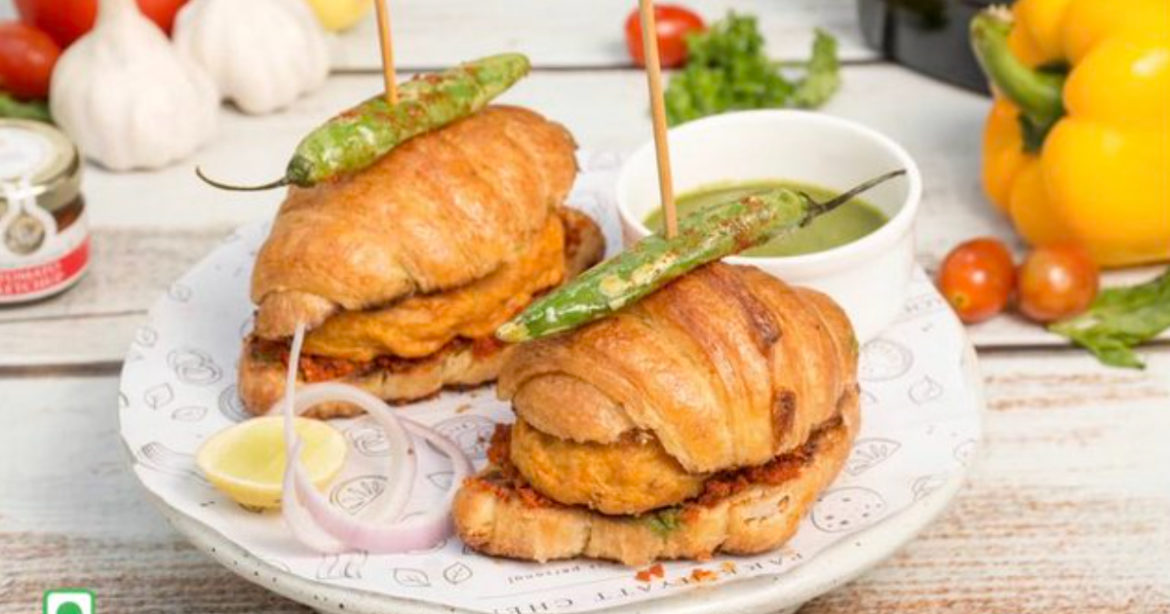 Mumbai’s Vada Pav is extremely delicious by itself. Honestly, we would not want our Vada Pavs to taste any other way. Nothing can beat the taste of crispy golden vadas stuffed inside buttery pavs. But like everything else, the food adventurers are giving a unique twist to this one too. The latest Vada Pav variation is the Croissant Vada Pav and Twitter is divided with opinions on this bizarre food trend. Take a look:

The Pav Buns Are Replaced With Croissants

@iSudatta shared a picture of this Vada Pav on Twitter from a food delivery app that read ‘Croissant Vada Pav ‘. The croissants replace the pav buns in the dish sliced apart in the middle. They also stuffed it with smashed aloo bonda along with spicy peanut powder. Fesh mint chutney, onion rings, a lemon slice, and two green chilies on top were also served along with the dish. Bourbon Chawanprash Is Now A Food Trend Too! Say What?

While the tweet garnered hundreds of likes, Twiteratti seemed confused about this bizarre dish. While some found the dish appetising, others questioned its creation in the first place. Some expressed displeasure over this weird food combination. Ice Cream Vada Pav Is The Latest Food Fad; Gujarat Vendor Replaces Vada With Ice Cream.

How to offend two countries with one dish

What do you think about this bizarre yet interesting food combination? Would you try it or would you just stick to the authentic Vada Pav? Let us know in the comments below.