Did You Know Northern Turkmenistan Houses A 225-Feet Burning Crater Of Fire?

Right in the middle of the large and sprawling Karakum Desert, near the village of Deweze in Northern Turkmenistan, lies a vast molten cavity, known as the Darvaza crater. But what’s immensely fascinating about this crater is that it has been burning for 49 years now. The crater, which lies about 260 km north of Ashgabat, the capital of Turkmenistan, is 225 feet (69 meters) wide and 99 feet (30 meters) deep and is certainly a spectacle to experience. 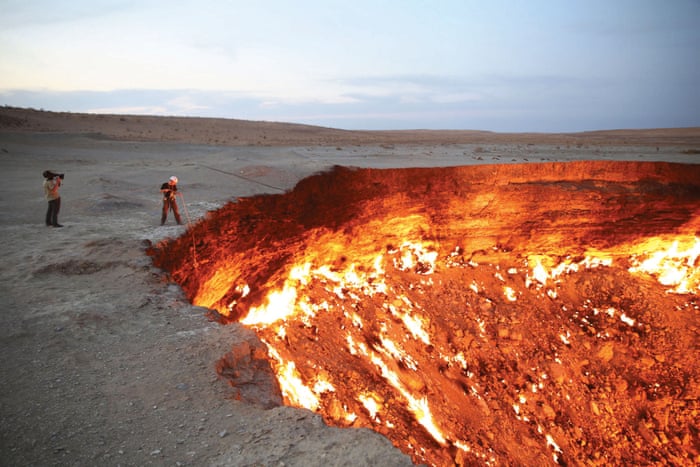 What’s The Story Behind The Darvaza Crater And Why Is It Still Burning?

The details as to what lead to the formation of this crater are sketchy and differ widely. However, the most common legend goes that in 1971, a team of Soviet scientists set up a drilling platform in that desert to look for oil reserves. They, however, discovered that the area housed huge natural gas reserves instead of oil. Eventually, the ground beneath collapsed, swallowing the machinery and turning into a gas-filled cavern. Fearing the spread of methane gas, which is a poisonous greenhouse gas, the researchers set the crater on fire, hoping it would burn out in a few hours. And it never did!

Scientists have no accurate information on the amount of gas left in this sinkhole; hence, no one can guess when the burning will actually stop. Looking at this fiery site, the locals named it ‘The Door To Hell’. 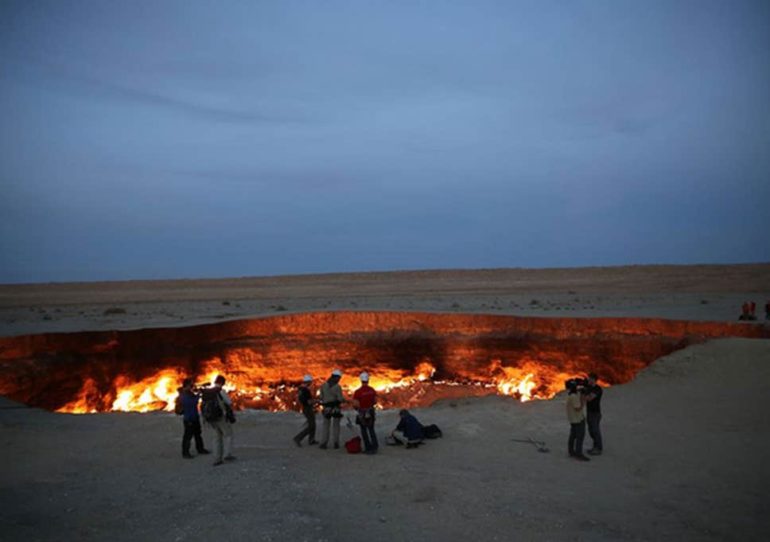 What looks like a scene right out of scientific fantasy fiction film, the burning site attracts hundreds of tourists every year. And guess what, you’re allowed to stand at the edge of this crater and feel the scorching heat burn your face.

In November 2013, George Kourounis, an explorer and storm chaser, went on an expedition into the depths of the crater to learn about life living in such harsh conditions. The expedition which was partly funded by National Geographic found extremophiles, microbial life-forms that are thriving in the hot, methane-rich environment. He became the first person in the world to plumb the depths of the crater.

This fascinating and visually stunning site must make it to your travel list when things do get better. According to George, the experience is surreal and beyond one’s imagination and makes it one of the most unique places on Earth.