Did You Know That World’s Only Floating National Park Is In Manipur? by Vidisha Khaitan June 17, 2019 6003
Planet Earth never fails to amaze us. The fact that we live in a resources-rich land like India is just icing on the cake. This beautiful world has a floating national park and resides in our very own India! Manipur is home to the world’s only floating national park, Keibul Lamjao National Park. Imagine standing on a piece of land that’s not attached to the Earth’s core. It just floats about in water, free to go wherever it likes. Sounds like a scene from Avatar, right? It’s not.

Bishnupur district in Manipur has Northeast India’s largest freshwater lake, Loktak Lake. The south-eastern side of this iconic lake hosts the world’s only floating lands that look like a cluster of islands from above. What they are is actually something quite unique. Over the course of several years, vegetation floating in water accumulated naturally to form floating lands, locally called phumdis. They form circles connected by waterway allowing people to navigate them in a boat. Most of the phumdis is owned by the state with some left to private use and then some for tribal communities who take care of their source of livelihood. This national park is a wildlife sanctuary, a haven for peace and tranquillity for locals and tourists alike. 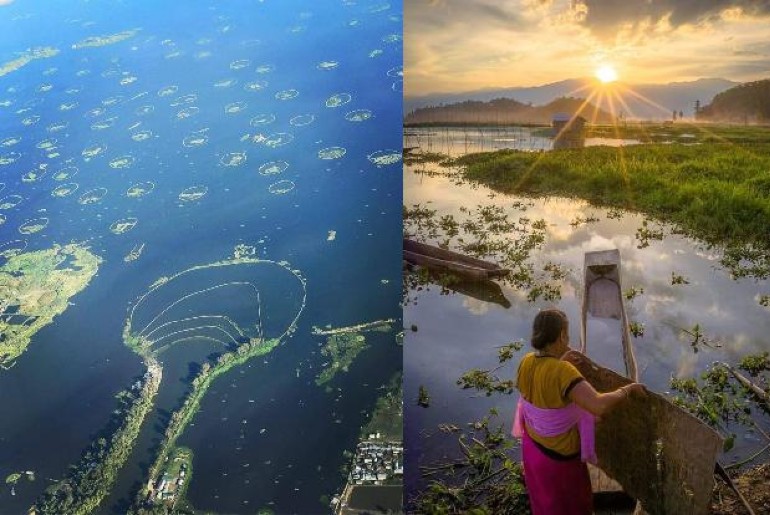 The National Park Is Home To Manipur’s State Animal, The Dancing Deer

The Loktak Lake is the lifeline of Manipur, essential for irrigation, drinking water and food supplies according to a report by NASA. Thousands of fishermen reap about 1,500 tons of fish every year from the waters. There’s even a school on one of these floating islands! Species of aquatic plants flourishing in the lake go up to 200 while 400 species of animals survive on its resources. The floating national park is the only place in the world that supports a wild population of Manipur’s state animal, the brow-antlered sangai,  famously called the dancing deer. They were known to be extinct before Keibul Lamjao National Park was created to preserve their race. 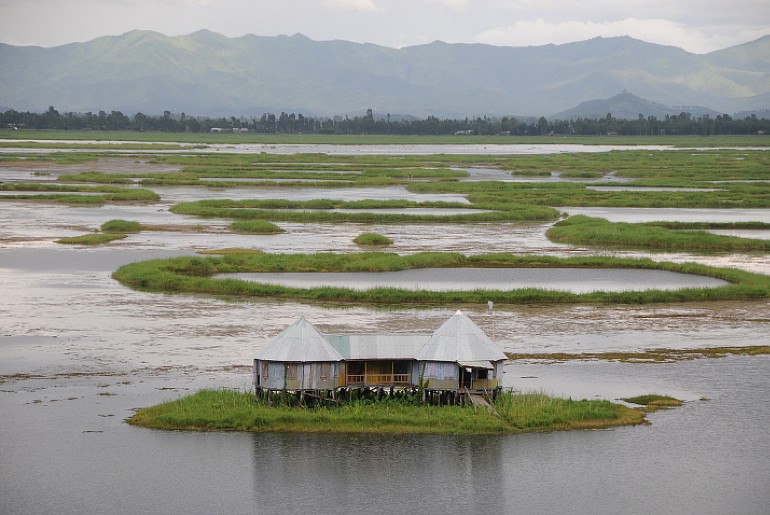 Floating meadows surrounded by freshwater is a dream we never dared to wish for. The experience of breathing in such a rich ecosystem is unmistakable. This idyllic paradise is a living breathing organism of its own. Unfortunately, all good things come to an end and it seems like the end is nearing. The Ithai Dam built for powering northeastern states is eating away at the meadows and waters. Adam and Eve seem to have left the premises. The water levels remain high all year round because of the dam which prevents the phumdis from reaching the lakebed for nutrients. They’re slowly thinning and breaking apart. The low priority on its conservation is threatening the lives of flora, fauna, fishermen and tribal communities. See how floods were allowed to destroy Kaziranga National Park as carcass count increased once the water began receding. Also read: Rent An Island At Unbelievable Prices! Vinni’s Farm In Kerala Is A Private Island At Your Disposal

The Meitei people of Manipur consider the lake to be their mother—the giver of life. Like Mother Earth, Loktak Lake is in danger too. It’s time more and more tourists discover this paradise and bring it to the Centre’s notice. Isn’t that the most altruistic travel excuse ever? On that note, here are 8 things you can do at Sanjay Gandhi National Park, Borivali: