Diljit Dosanjh Takes A Funny Dig On Israeli Dish Shakshuka And Here’s Why You Should Try It Too! 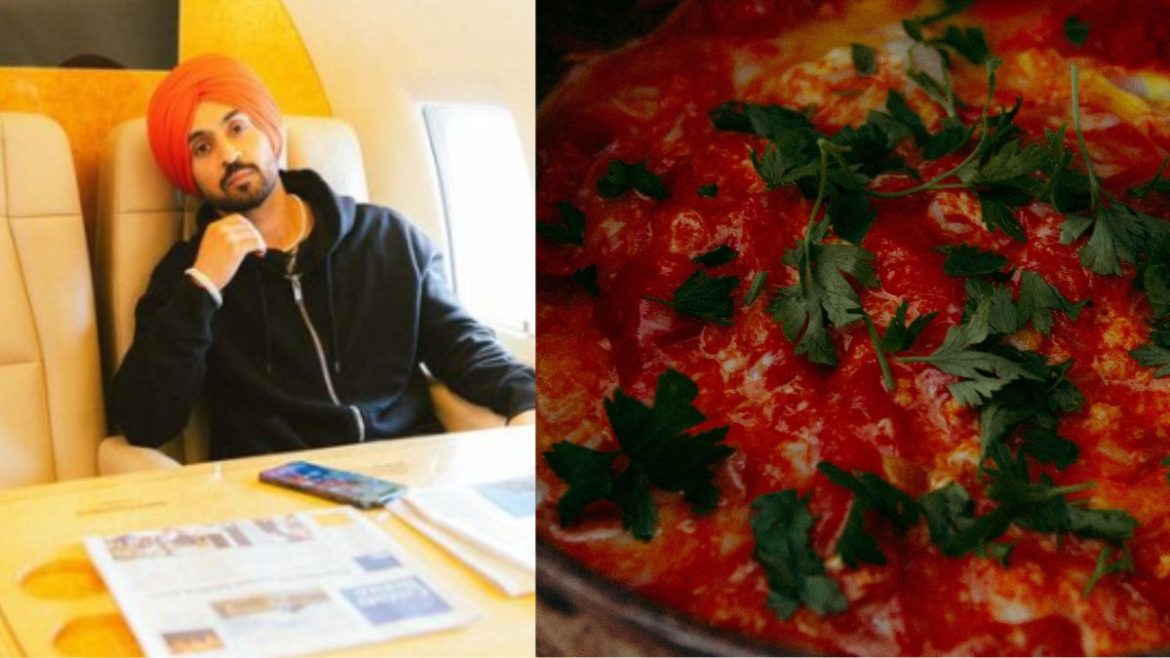 Diljit Dosanjh is known for the hilarious things he does. And, undoubtedly, his funny takes always catch his audience’s attention. Needless to say, they love it too. Diljit Dosanjh recently shared a video on his Instagram story where he experiments with cooking the Israeli dish, Shakshuka. His version is a little different and has a slight twist though. And, one will not be able to miss out on the funny voiceovers. In this version of cooking, Diljit calls the dish Shak Chuka.

Diljit Dosanjh & His Version Of Shakshuka

Diljit Dosanjh begins cooking Shahshuka by adding ghee to a pan, then adding the juicy diced tomatoes all at once. He then adds paprika masala to the tomatoes and skips the eggs. After adding the masala, he covers the pan with a dish for further cooking. He calls the dish Shak Chuka in contrast to what it is originally known as.

Shakshuka is a famous Israeli breakfast dish prepared with tomatoes, onion, eggs, and garlic. It has tons of paprika added to it as well as pepper and cumin in it.  It is an Arabic dish which has now become a popular dish in America and Europe too.

The dish, Shakshuka has many versions among different types of cuisines and you can give this popular and easy breakfast dish a try too.

Diljit Dosanjh And His Culinary Feat

Diljit Dosanjh claims himself to be a foodie and it can be seen from all the stories and videos he shares while cooking from his kitchen. A couple of weeks back, before beginning his world tour Born To Shina, Diljit Dosanjh also shared a video from a supermarket, promoting his song ‘Peaches’. He even shared a quirky video of himself grocery shopping to the music of Dua Lipa. Diljit ensures that he keeps his fans hooked with the offbeat moves he does.

At the moment, Diljit is on a world tour, entertaining his fans worldwide.