Domino’s New Fish & Chips Pizza Is Leaving Foodies Puzzled; Would You Try It?

Fish & chips is a crispy hot British meal that is loved by countries worldwide. And Italian pizzas are the favourite of almost every die-hard foodie. Domino’s Japan has made a fusion of both the meals and launched a unique Fish & Chips Pizza. Domino’s advertisement of the pizza reads that the pizza is made with crispy fish & chips, lemon, potato slices, basil, tartar sauce and tomato sauce. The newly launched pizza has left the netizens divided. Some are in awe of it, while others are not pleased with it at all. However, Domino’s Japan has replied in a tweet stating that the pizza is delicious and added that it can offer the pizza for free to those who wish to try it.

Japan Dominos have invented a dish that insults both England and Italy. pic.twitter.com/sacNAtvMex

Replying to the pizza post, one user wrote, “That is an abomination.”. On a contrary, another commented, “This sounds good”. , Another user wrote, “I am, obviously, now completely craving the fish and chips pizza.” Pointing out the lemons, someone wrote, “Fish, okay, that’s weird but hey people like fish. Potato and tartar sauce, well I’ve seen weirder on a pizza. But those are UNPEELED LEMONS on that pizza. Why. It defeats the whole purpose of a pizza if you have to remove the peels before eating the slice of pizza.” Another stated, “The lemon slices are just madness, otherwise it seems fine.” Meanwhile, have you ever tried Maggi pizza? 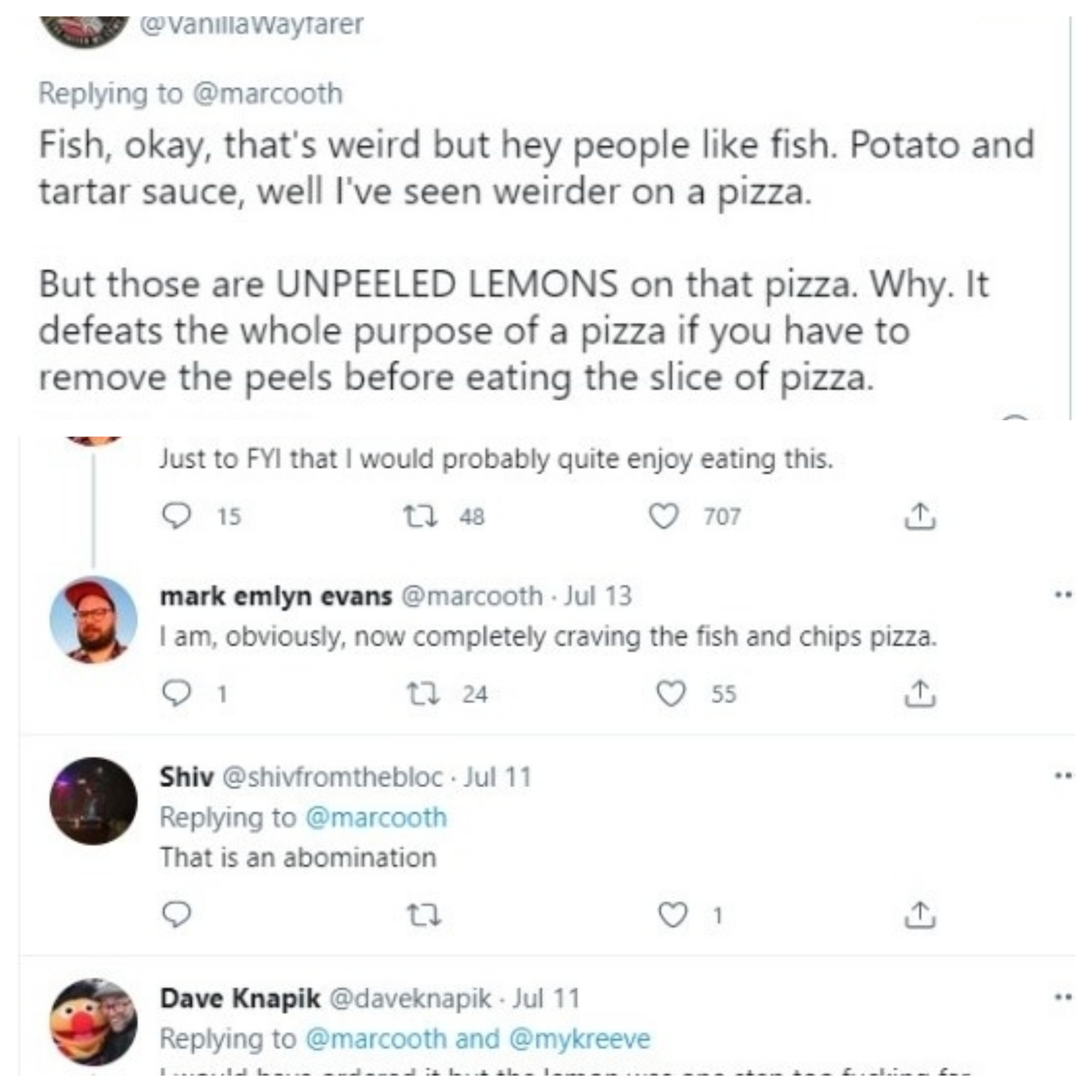 Domino’s Says That The Pizza Is Delicious; Offers Free Giveaways In Japan

After the pizza created a wave of confusion on Twitter, Domino’s Japan replied, “We are sorry our fish and chip pizza has caused so much trouble. We think it’s quite delicious. If you are in Japan and would like to challenge let us know. We may be able to work out a plan internally that we can offer to you for free!” 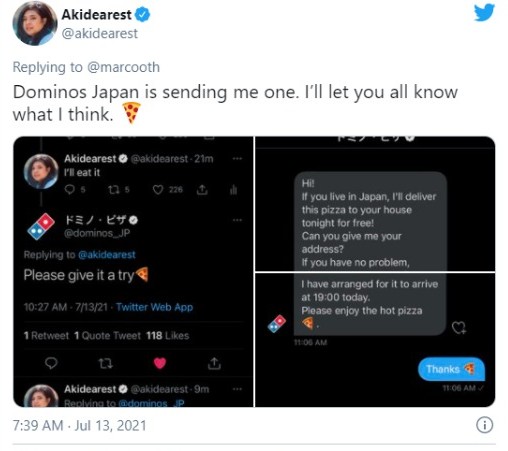 What are your thoughts on the combination? Let us know in the comments section below.