7 Bizarre Maggi Combinations That Might Leave You Utterly Dumbfounded 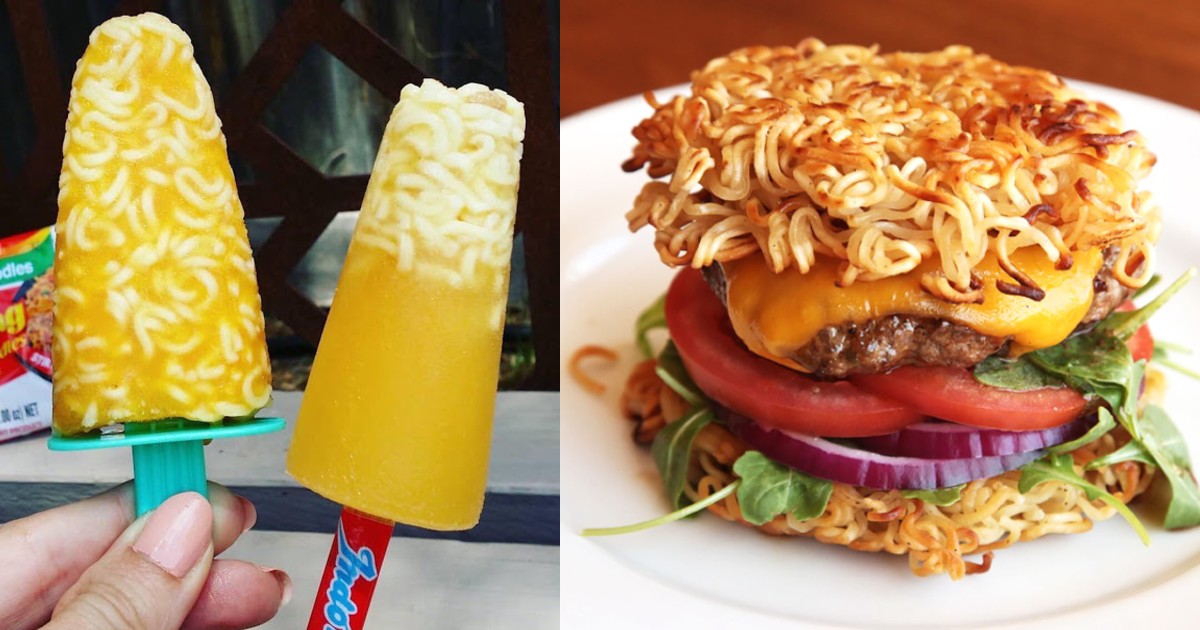 Who doesn’t love the feeling of slurping on piping-hot delicious masala Maggi? But guess what, a slew of weird food trends have created waves over the internet and they haven’t spared our favourite Maggi too. We’ve come across not one, but seven such utterly weird Maggi recipes that have left the internet divided. And here are the combinations.

Someone just added crushed Oreo to Maggi and to make things grosser, added a scoop of ice cream over it. The netizens are annoyed, and we do not blame them. The Maggi masala wasn’t added to the noodles. The noodles were boiled, then they were topped with crushed Oreo and a scoop of chocolate ice cream. Got the guts to gobble this up?

A picture of Beer Maggi almost made the internet throw up some days ago. Cafe Housefull in Delhi’s Hudson Lane started serving this weird dish. But thankfully, as it turned out, there is no beer in this Maggi. It is just masala, and Maggi broth served in a pitcher. But the imagination it triggered wasn’t very easy to digest.

There isn’t one, but several recipes on Maggi Laddoos on the internet. No wonder, they have left netizens jumping out of their skins. One variant of these Maggi Laddoos is made with crushed Maggi, crushed jaggery, butter and elaichi powder.

Maggi Pizza, sometimes called Maggizza, is one recipe that actually looks delicious. It involves crushing the Maggi and mixing masala and veggies in it and then putting the mixture in soaked flour. The Maggi batter is then placed in circular form on the frying pan and cooked. The Maggi Pizza is cut into triangular slices and served.

Have you ever tried noodle popsicles? Well, even ice-creams have been made with Maggi. While many people hate the idea of eating Maggi cold, we can already see the frown on their face at the sight of this strange popsicle. 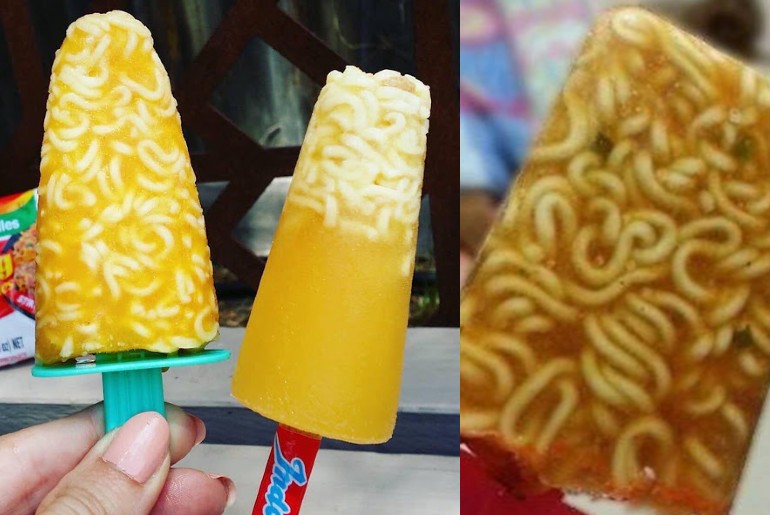 We’ve stumbled upon a Maggi Burger too. In this burger, the buns are replaced with Maggi. The rest of the ingredients, the meat, the cheese and the veggies, are the same as the traditional burgers. And many people believe that the recipe is amazing. What are your thoughts? 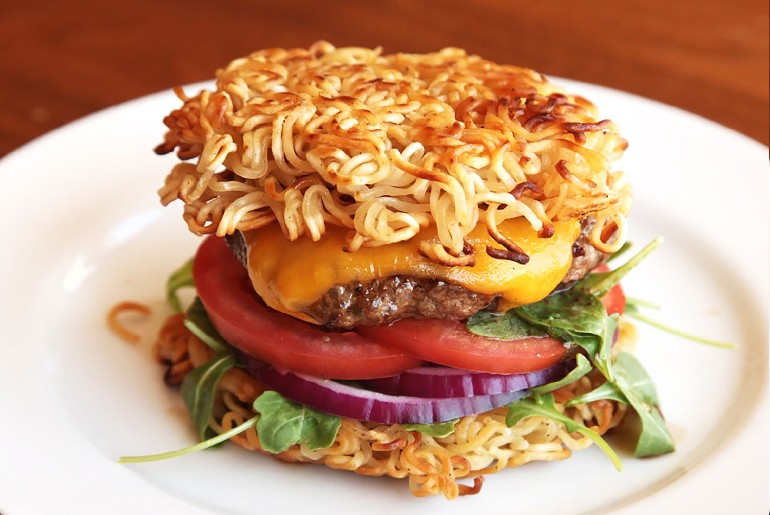 A crab curry has been prepared using Maggi as one of the main ingredients. There’s the soup, and over the soup there’s Maggi, and on top of Maggi lie the jumbo crabs. 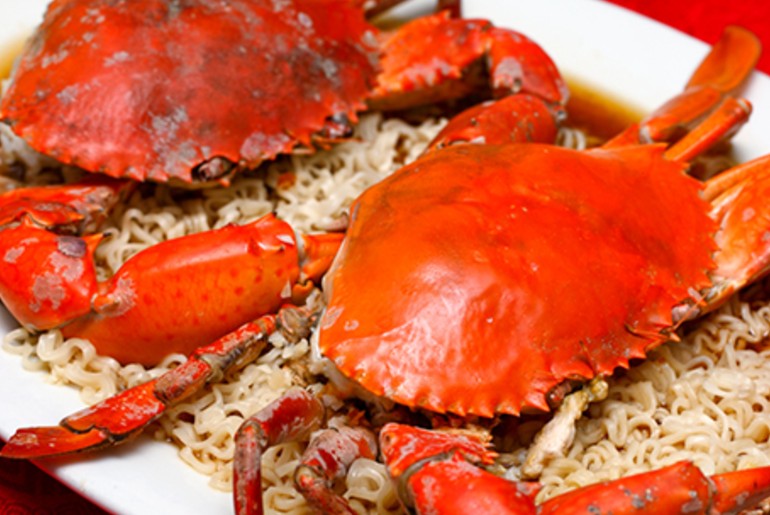 Which of these dishes would you like to try first?