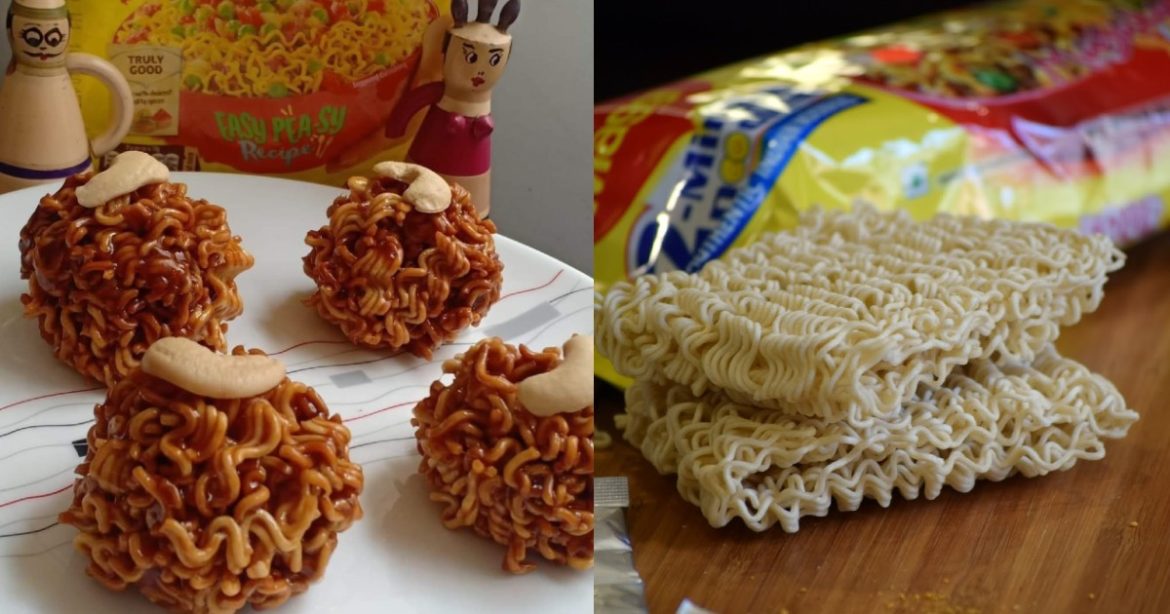 Time and again, several weird food trends have exasperated the netizens. Food combinations like chilli jalebis,  Ferrero Rocher Manchurian, kaju katli chicken soup and bourbon chawanprash clearly did not go well with the foodies on the internet. Also, in 2020, Maggi pani puri had become a food trend. And now, to add fuel to the fire, Maggi Laddoos prepared with jaggery is the newest add-on to the bizarre food combinations list. We don’t know what to say!

There isn’t one, but several recipes on Maggi Laddoos on the internet. No wonder, they have left netizens jumping out of their skins.  One variant of these Maggi Laddoos is made with crushed Maggi, crushed jaggery, butter and elaichi powder. Another laddoo recipe involves bread crumbs too, along with flour, chilli flakes, butter, chopped capsicums, oregano and more. The Maggi Jaggery Laddoo recipe, that got uploaded on YouTube, grabbed many positive comments too. One user wrote, “Wow very different recipe keep connected big lk yummy.” Another commented, “Different recipe , will try this.”

On a contrary, the Maggi Balls recipe involving bread, which also got uploaded on YouTube, received loads of reactions of anguish. A user wrote, “and after this maggi commited suicide.” Someone wrote, “Ewwwwwwwww….wastage of maggi”. A troll video even exclaimed, “ye bas bhagvan ke prasad me mat charadena bhagvan ka rejection tum sehe nahi paoge.” Someone Has Come Up With Popcorn Salad, And Netizens Are Clearly Not Happy About It

So far, we had been talking about YouTube. A woman named Zenia Irani shared the picture of Maggi Ladoos on Twitter too, captioning it as, “Isn’t the world suffering enough that someone had to go make Maggi ladooos? ” Her post received hilarious comments, no wonder, like, “Hai na? My eyes are still burning with the trauma”, “Don’t #SendNoods!”, “Mujhko utha lo bhagwan …why!!!”, “Oh my god. How did i fail to notice that abomination” …

Isn't the world suffering enough that someone had to go make Maggi ladooos?
(Source: Facebook) pic.twitter.com/f6irL87Lhc

What’s your say on this wacky recipes? Let us know in the comments section below.