Mumbai To Get Its Drive-In Theatre Back 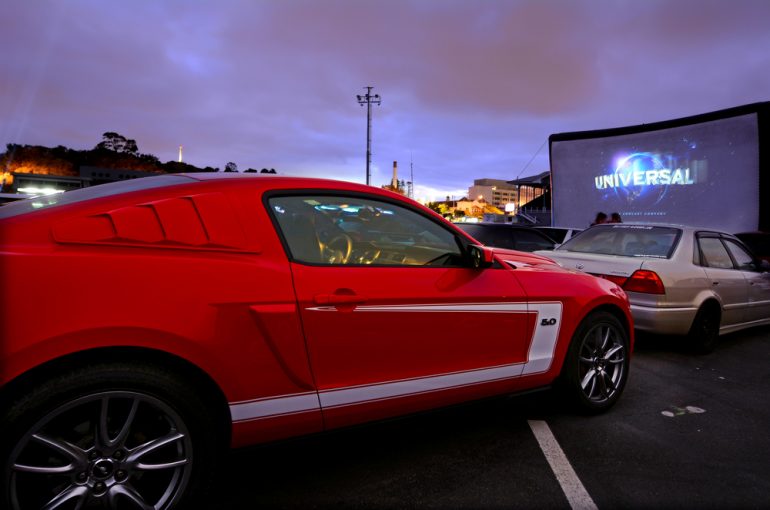 Remember the good ol’ days of drive-in cinema near Bandra-Dharavi? From the year 1970 to 2003, cars used to queue up to watch the latest flick in this drive-in theatre. Looks like those days are going to be back soon but in a plush avatar!


Come August 2017, Mumbai to have its new drive-in theatre by PVR Cinemas for Rs 1000 per ticket. #wejustcantwait With its presence in 44 cities across the country offering 477 screens in multiplexes, PVR is now raising the bar. An alfresco movie-cum-dining experience is surely going to be a win, at least who like things different.

Load your car with friends and family and pay only Rs 1000. The drive-in theatre will be set up at Maker Maxity in Bandra Kurla Complex. With a space for 300 cars, PVR has the potential of raking in as much as Rs 3 lakh per show.

Don’t want to be cooped up in a car?

Head over to the alfresco restaurant. Of course, that would be expensive but the movie comes free!

There’s a six-screen multiplex located below the drive-in.  Tickets priced between Rs 250-300 for normal seats and Rs 750 for the reclining ones. Reliance Industries is coming up with a 70,00,000 sq ft convention centre at Maker Maxity in BKC by end of this year with exhibition facilities, serviced apartments and also a mall.  Interestingly, there will be an auditorium for live performances built like Kodak theatre in Hollywood, LA.

Hey, Do you Want to party in the middle of the sea? Or Want to Start a Restaurant?

Dubai To Permit Entry To Residents Who Have...

A Theme Park And Museum Dedicated To Guru...

From August Only Vaccinated People Will Be Allowed...